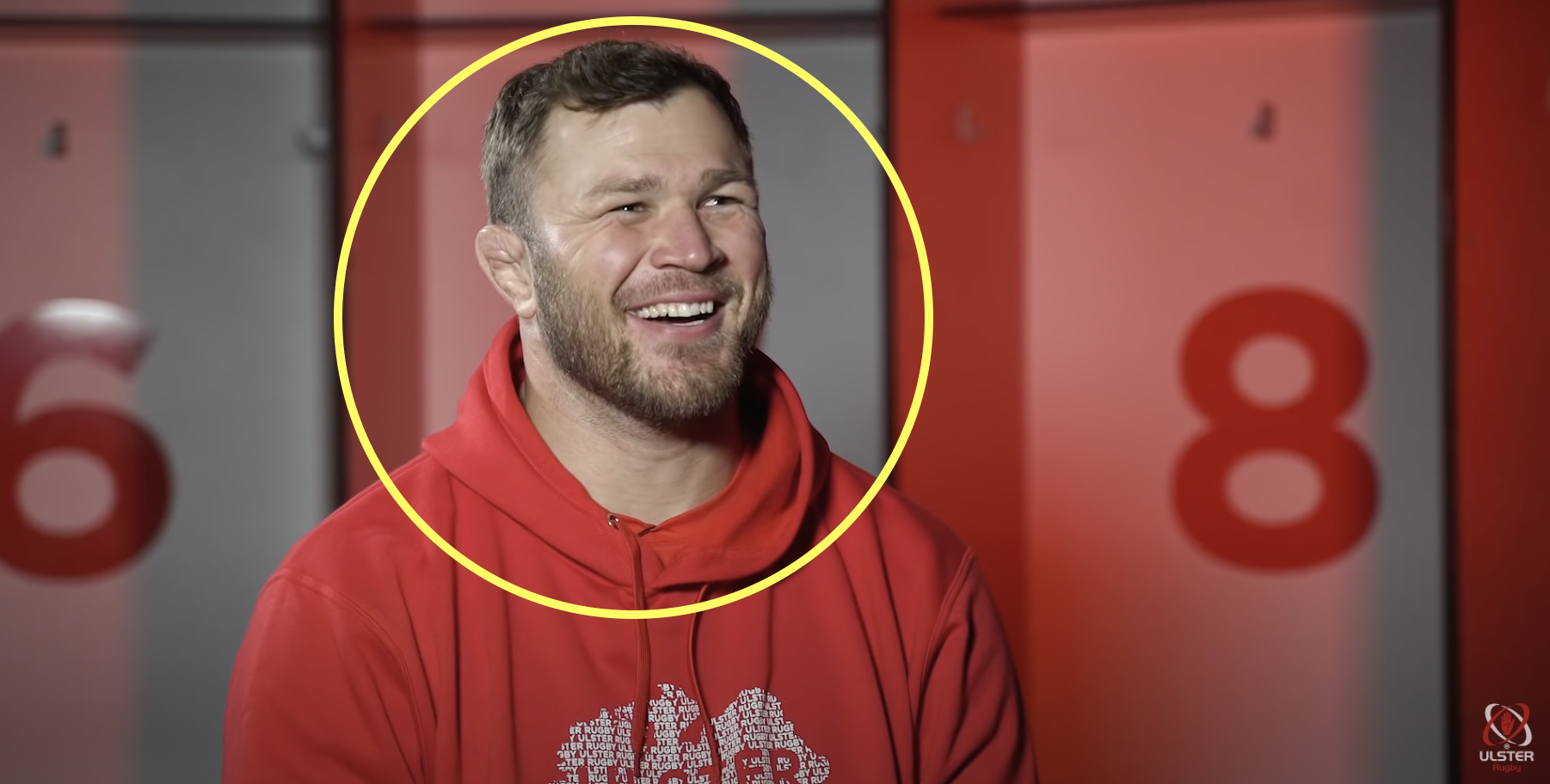 The bizarre reason why Duane Vermeulen moved to Ulster

South African World Cup winner Duane Vermeulen made his Ulster debut in their historic 29-23 victory over ASM Clermont at the Stade Marcel Michelin on Saturday and his set to make his home debut against Northampton Saints tomorrow.

The 35-year-old brings a wealth of experience to the Kingspan Stadium, and said in his first interview with Ulster that he hopes he can add some value to the squad.

However, when asked what attracted him to Ulster, the No8 provided a response no one was expecting at all- “the weather”. The 58-cap Springbok went on to provide a slightly more serious response.

“I don’t know,” he said.  “It was a weird thing and I was at a weird stage a couple of months back. I was between a rock and a hard place. My contract ended in South Africa and I was looking at maybe going to Japan and obviously Bryn approached us with Ulster and said ‘listen, hear me out and see if you like it. You can always test the waters and and see how it goes.’ My first week has been has been really good so we’ll see how we go from here.

“Speaking to a guy who’s really so passionate about the club and what it’s all about and explaining what it all means it’s nice to see. Not just Bryn, but spoken to some of the coaches and what they say about the club is really nice and I kind of feel the same. I’ve got the same feeling and the same passion towards the game so I think it’s a place where I can definitely learn something but also where I can add some value and then hopefully this is a start of a good journey.”

Regardless of his reasons for coming, Ulster will hope that he can help them push on in their promising start to the Heineken Champions Cup.