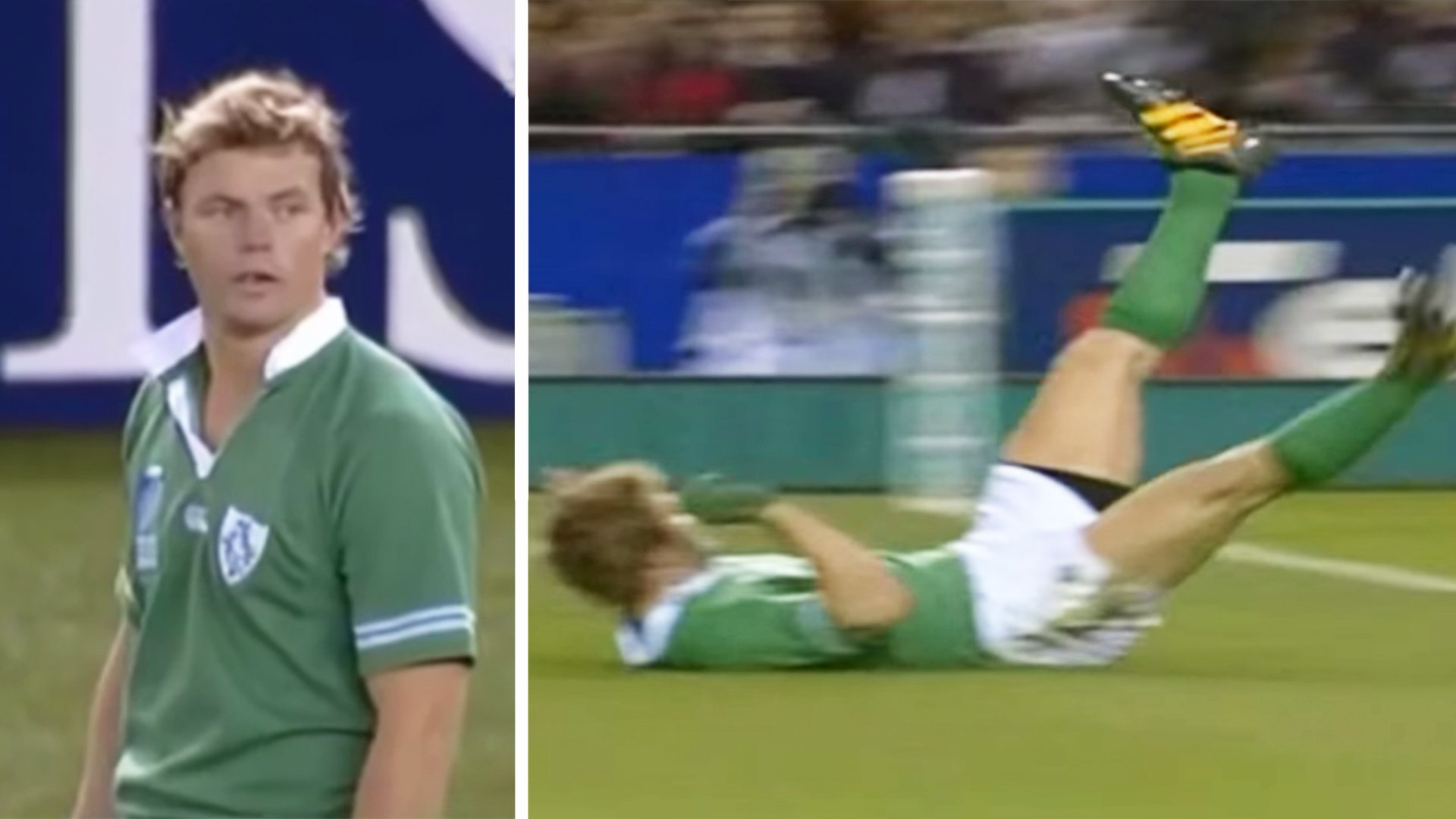 It’s a debate that’s raged for decades – is Brian O’Driscoll the best centre of all time?

For years Ireland fans hailed the Leinster man as the greatest player in world rugby.

His quick turn of pace combined with a fantastic skillset made him a household name amongst fans in the Northern Hemisphere.

As BOD was coming to prominence there was another centre south of the equator in Ma’a Nonu- who was also gaining a huge following after exceptional performances for the All Blacks.

Nonu excelled for New Zealand during their golden age – winning back to back World Cups as one of the leading men in that famous champion side.

For Many, Ma’a Nonu was the best ever centre in World Rugby.

We have found footage from Brian O’Driscolls first World Cup in Australia that proves he was truly the greatest midfield player ever to pick up a rugby ball.

The Leinster man, aged just 24 at the time, shone for Ireland in what was a disappointing campaign.

The future Lions skipper, demonstrated his varied skill-set against tournament hosts Australia with deft kicks through for his wingers to chase and a drop goal – sweetly-struck from 23m out.

The Ireland legend went on to score classic tries against the Wallabies and France with world-class displays of finishing.

Against Australia we see the centre breeze past Wendell Sailor and Elton Flatley to score in the corner under huge pressure from the covering defence.

In the following round, BOD wowed fans in Melbourne with another incredible finish against France.

The Dublin-born flyer chased down a grubber kick from fly-half David Humphreys that looked certain to finish over the dead-ball line.

Amazingly O’Driscoll managed to make it in time to acrobatically touch the ball down in style in what was a consultation score for his side.

These performances showcased BOD at his best, a player with a full skill set that went on to dominate World Rugby for the next decade.

It makes you wonder, if O’Driscoll had been playing in the same All Black team as Ma’a Nonu. Would he be the undisputed greatest player of all time?