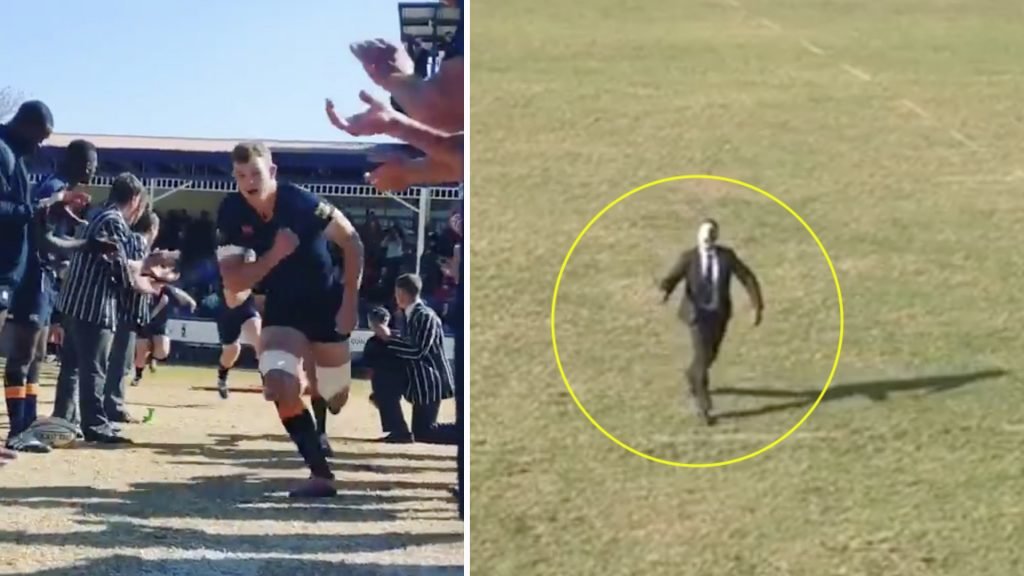 The crowds at South African rugby schools are UNBELIEVABLE

South African schoolboy rugby is without a doubt the highest standard in the World. The quality of rugby being played there is just unbelievable. Schools have crazy rugby in South Africa but the crowds are unreal too.

And now the crowds at these schools are even madder.

At Selborne College, the school even had a hypeman getting the crowd hyped…

Do you see this kind of hype at schoolboy level anywhere else in the World? We would love to see it.

And in Grey Kollege the players look on another level hyped before their big clash.

You don’t get that kind of passion anywhere else!

In other news: SA clubs impress in first week

The Golden Lions, SWD and Griquas women’s teams got their SA Rugby Women’s Interprovincial B Section campaigns off to a winning start this weekend, scoring over 20 points each in their opening matches of the season.

A hat-trick by Golden Lions fullback Ayanda Malinga paved the way for their convincing 36-7 victory against the Leopards in Potchefstroom on Saturday. The first half was competitive, with the Jozi outfit taking a narrow 7-0 lead at the break, but they found their rhythm in the second half and it paid off as they crossed the tryline five times, increasing their total to six tries in the match.

The Johannesburgers’ centre Piwokuhle Nyanda also gave a strong account of herself with a try and three conversions, while the team backed up this good attack with solid defence to limit the hosts to a converted try for their efforts.

SWD also got their campaign off to a winning start with an encouraging 24-19 away victory over the Griffons in Welkom on Friday thanks to a strong first-half display. The George outfit scored all 24 of their points in the first half, and their four tries were enough to secure the victory as they limited the visitors to two first-half tries and one in the second.

Griffons lock Khosi Skosana delivered a star performance for her side as she scored a brace and converted both tries for a personal tally of 14 points, but despite this their efforts fell short. Schools

Griquas also got their season off to an encouraging start against Free State in Concordia near Springbok in the Northern Cape as they held their nerve in a competitive match for a 25-19 victory. Schools

The win was particularly significant for the Kimberley side as it marked the end of their losing run after suffering defeats in all of their matches last season. The women from Bloemfontein, however, will be disappointed with the result as they too come off a winless 2018 season.