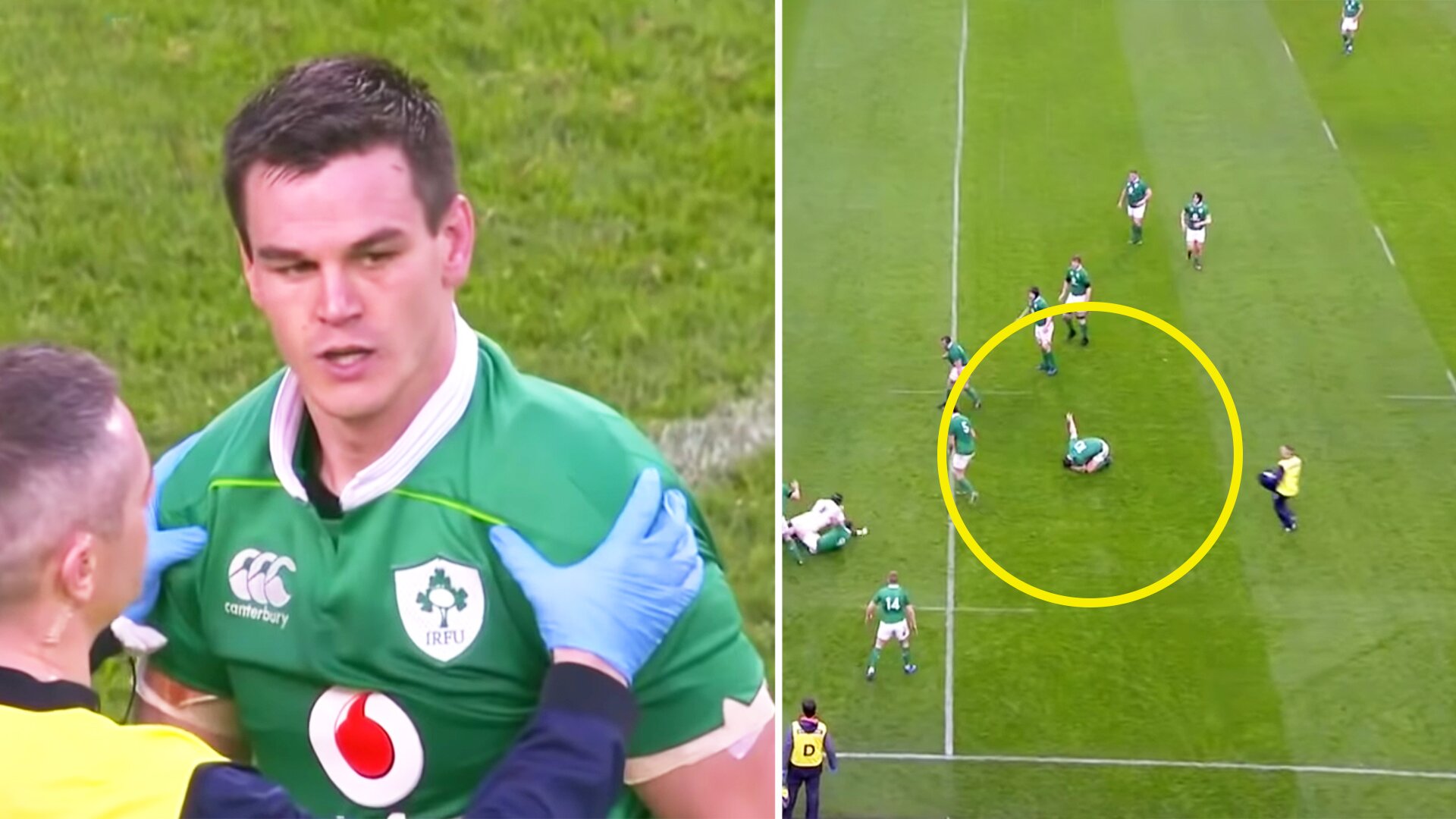 The day England set out to hurt Johnny Sexton

This remarkable footage comes from the Six Nations decider in 2017 as England travelled to Dublin in search of the Grand Slam.

There was one man on the Irish side that day that the men in white were clearly wary of – Johnny Sexton.

This video shows how Eddie Jone’s side targeted the Irish fly-half throughout the encounter. This makes for pretty brutal viewing!

It didn’t take long in the match for England’s forwards to get stuck into the Leinster playmaker.

James Haskell was first put in this late hit on Sexton just a few minutes into the match.

Around ten minutes later we watch as Saracens lock Maro Itoje goes in with another late hit on the Ireland half-back.

We were less than twenty minutes into the match and Johnny Sexton looked battered!

How did Itoje get away with this?! pic.twitter.com/dFxNOtyrN3

England clearly had a plan and they were sticking it to it.

The game was a close run affair with the home side just about edging the lead. As the game went on Sexton continued to be singled out in play.

This time, Owen Farrell went in for some afters

Farrell with another late hit on Sexton pic.twitter.com/7d8vS0XIVP

As the clash entered it’s final quarter it was clear that the Leinster star was becoming frustrated with things. We see Rory Best coming up to the referee to call it out but that didn’t stop the tackles flying in.

This time we see as Itoje smothers Sexton in this illegal challenge.

Farrell was penalised for this high tackle on the Irish number ten.

Farrell and Itoje given instructions to man mark Sexton?! pic.twitter.com/b2REwvxbub

When replacement flanker Tom Wood came onto the field he’d clearly been updated on the memo to close down Sexton.

This was a particularly tasty hit from the Northampton man.

We can see in this clip as the Irish skipper Rory Best comes up to the referee and tells him that Sexton is being targeted.

Do you agree? Was Jonny Sexton targeted here or was it just part and parcel of the game?