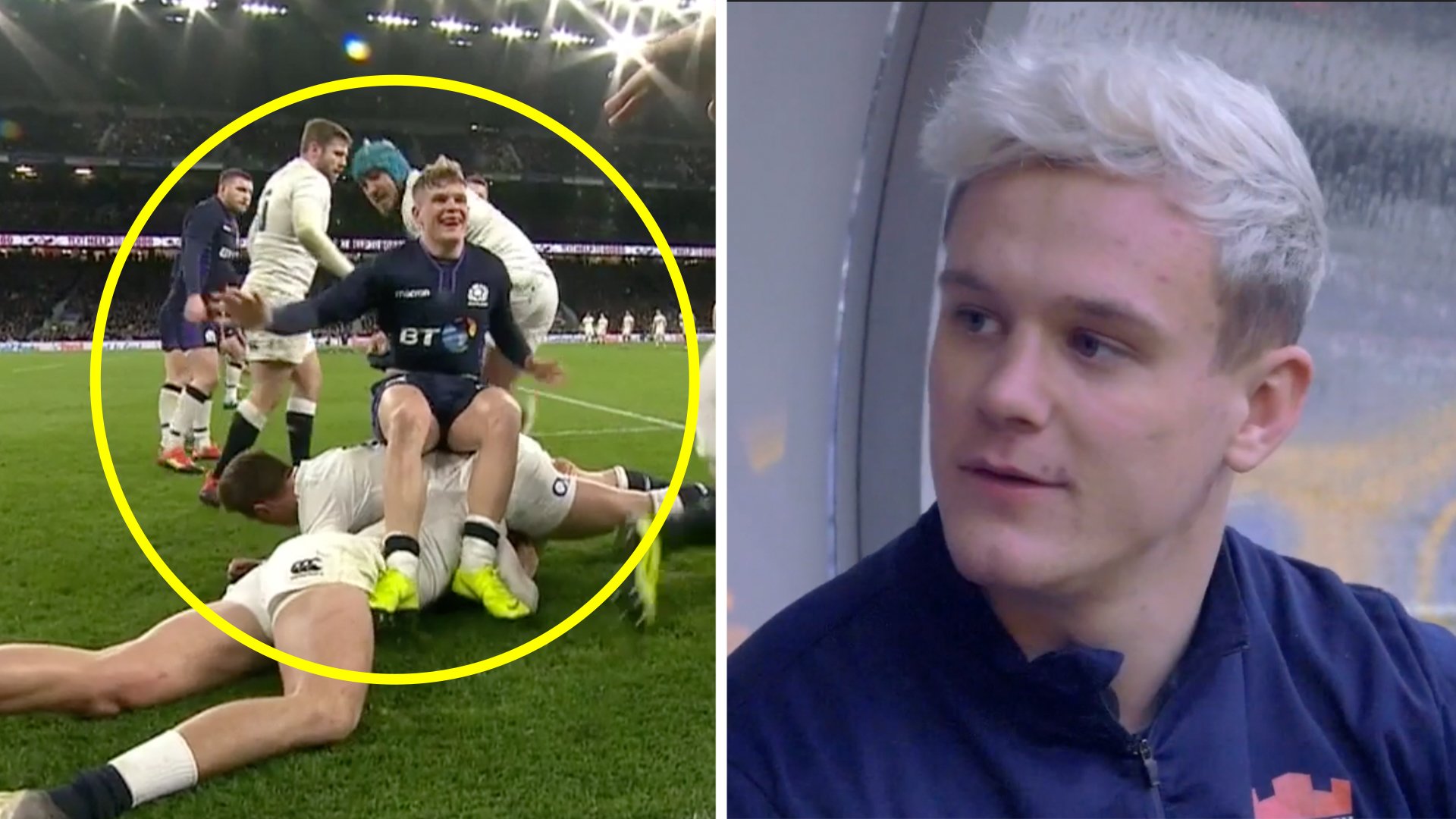 The video, made by AR rugby shows the incredible speed and footwork that the Edinburgh winger has, and it also highlights how dangerous he has been against teams such as England in the Six Nations.

Scotland have had strong wingers in the past like Sean Maitland and Tim Visser, but it is safe to say that this young 23-year-old is already well on his way to surpassing all the Scot wingers before him.

This Darcy Graham compilation is so so good!

Darcy Graham earned his first cap for Scotland coming off the bench against Wales in Cardiff for the Doddie Weir Cup in November 2018. He made his second appearance for Scotland against France in the 2019 Guinness Six Nations and went on to earn his first start and score his first try in the fourth round of the championship against Wales.

Some interesting facts about the young Scotland star!

At 22 years and 90 days on 20 September, he is the youngest player in the World Cup squad.

 Has played on the wing in each of his 10 test appearances, starting in seven of the last eight.

 Has represented Scotland at various youth levels, as well as at sevens.