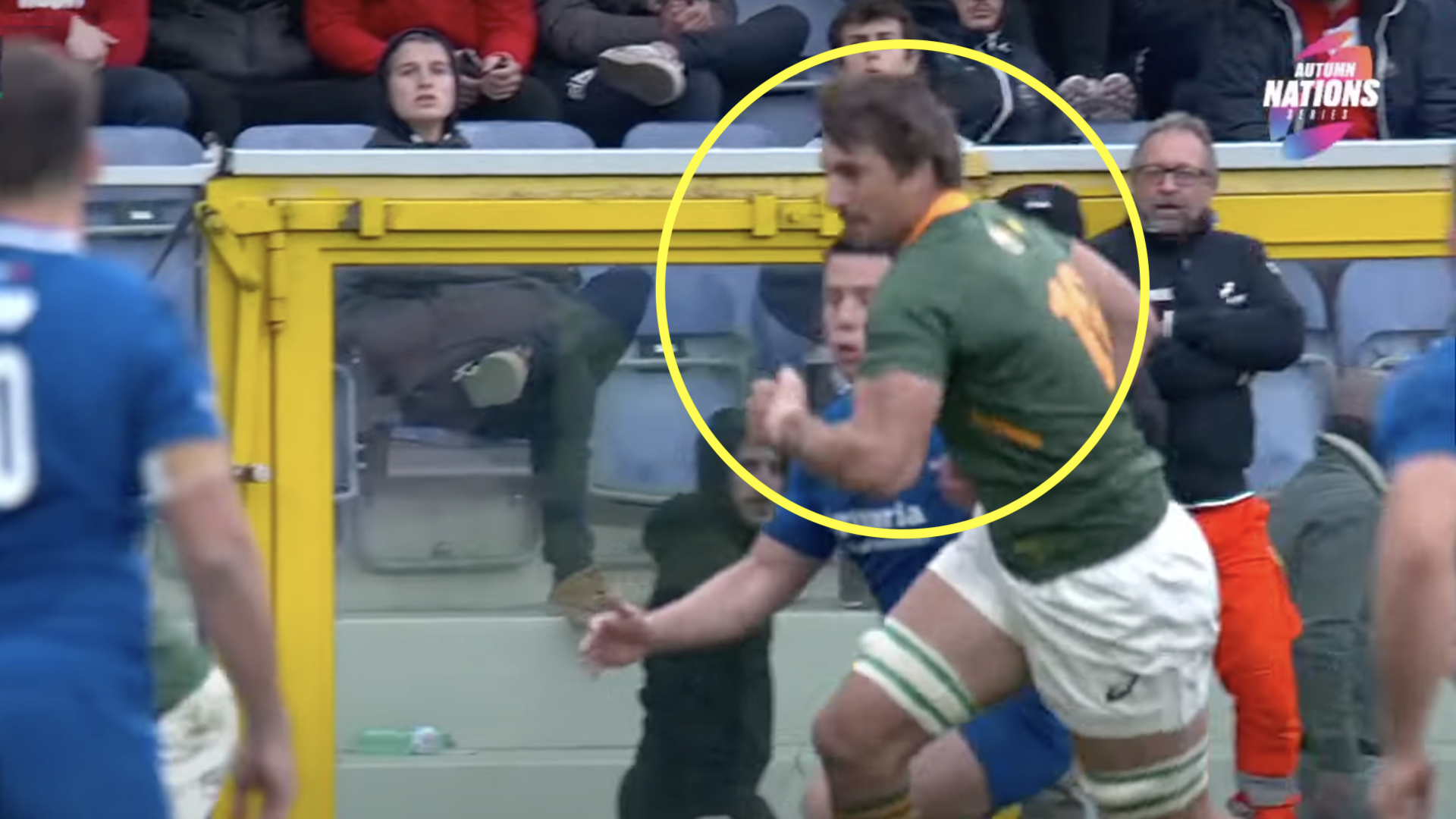 The Eben Etzebeth freak athleticism against Italy that was truly terrifying

Cobus Reinach might have been at the end of South Africa’s final try of the match against Italy in Genoa on Saturday, but there was plenty going on beforehand that was mightily impressive.

Firstly, the skip pass from Manie Libbok was pinpoint accurate. Next, the run from Kurt-Lee Arendse was class as he weaved through the Italian defence to put his scrum-half in for the try.

But what some might have missed was the support line Eben Etzebeth ran. The 2.03 metre, 117kg lock not only kept up with Arendse as he made his run, but maintained the same pace as Reinach and Damian Willemse. That is despite being the weight of almost all three combined.

Etzebeth’s unexpected pace is something that plenty of Bok fans are aware of, but on this occasion he showed the rest of the world that he is not just a big enforcer, he’s got some wheels as well.

Springboks captain Siya Kolisi said after the Boks” 63-21 win: “I’m pleased with the way we prepared for the match.

“We showed Italy the respect that they deserve, and as I said on Friday, they’re a very different team to a few years ago.

“We knew we had to play to the best of our ability, and it was clear by how tight the first half was. We had to dig deep. As South Africans we are used to facing adversity and we knew we had to lift ourselves. Our focus all week was only on the game because it was very important for us to get a win today.”

Kolisi added: “As a team we want to play well, score tries, offload and put people away, and we enjoyed the game today. We also enjoy the physical part of the game, and to get that balance right was important. That said, doing this once is not enough, we have to keep doing it.

“The last two games were very close, but I believe we are heading in the right direction.”