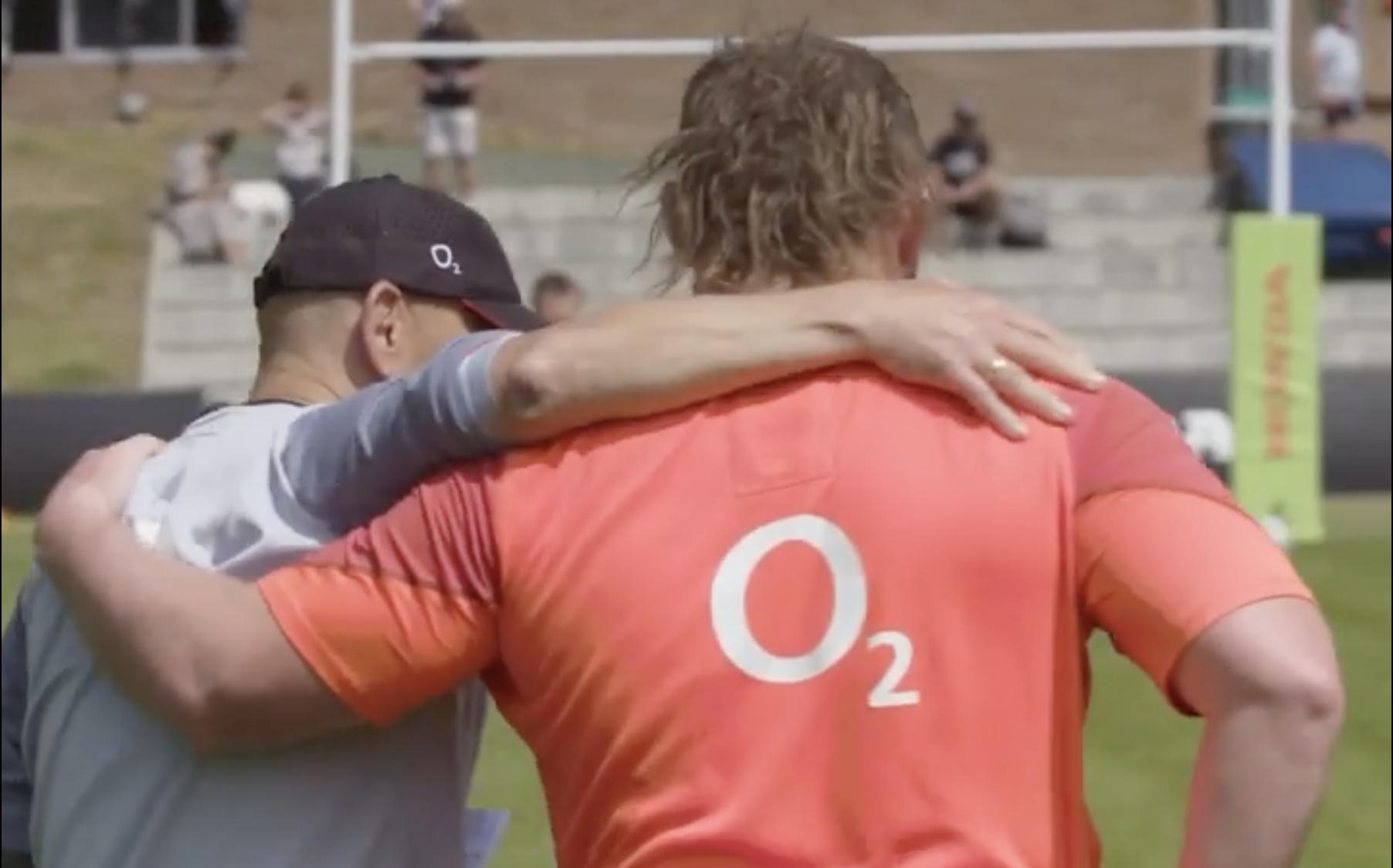 It is not too often that fans get to see the moment a player finds out that they are going to make their first appearance for England, but one was caught on film this week.

The moment came when Eddie Jones told Exeter Chiefs tighthead Patrick Schickerling that he is part of the matchday 23 to face the Barbarians at Twickenham on Sunday. The 23-year-old is set to start on the bench, but will undoubtedly make his first England appearance (this is an uncapped game for England) against what looks to be a very impressive Barbarians side loaded with Top 14 players.

The video was shared by England on social media, and shows the relief on the Namibia-born prop’s face when he found out, before he hugged Jones.

This is a crucial decision for Jones, as he will be desperately seeking a tighthead duo to take on the Wallabies next month after it was confirmed that regular starter Kyle Sinckler will miss the series. While England seem to be awash with looseheads, No3s have been harder to come by in recent seasons, and with Will Collier starting at Twickenham and Schickerling on the bench, Jones will be desperate for someone to put their hand up before heading down under.