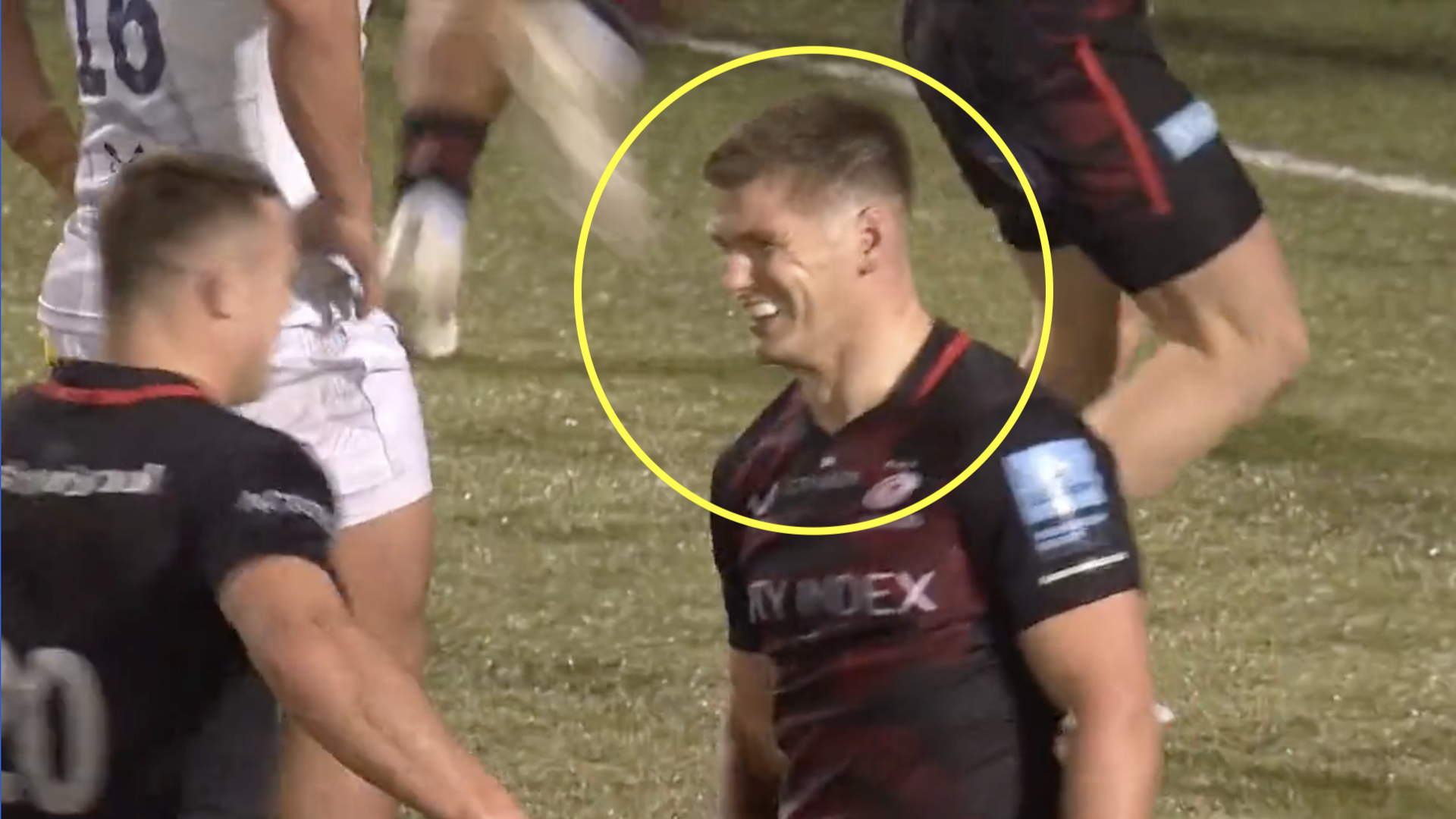 This was not just a good pass, this was a pass that even some of the most flamboyant players in the game would be proud of. The rugby world would be in disbelief even if Finn Russell produced the pass, so the fact that Farrell pulled it off, someone who is seen as a boring fly-half, makes it all the crazier.

The pass was a no-look, one handed, behind the back, miss pass to put in winger Alex Lewington for Saracens bonus point try in a 35-3 over Exeter at the StoneX Stadium in the wind and rain. All Farrell could do was smile and laugh as the entire team ran up to congratulate him.

Perhaps he was laughing though as this was the moment that he realised he was the best No10 in the world. No one has ever doubted his defensive side, no one has ever doubted his kicking game, but his attacking game has been scrutinised in the past. But now in a side that has scored the most points in the league and the most tries, and with passes like that, his attacking game is not too shabby either.

This was the pass:

WHAT ABOUT THAT FOR A PASS?! 🤩

Alex Lewington with a brilliant finish but what about that pass from Owen Farrell 😱#GallagherPrem pic.twitter.com/PcBGmLbdU3

After Farrell’s man of the match performance, Saracens head coach Joe Shaw said: “Trying to lead a team in those conditions is tough. It is where you see the ultimate game managers and leaders and Owen is still at the very forefront of that.

“When you look at the whole of this season and you see some of the performances we have put in and the tries we have scored, the person who has been at the centre of that is Owen, showing off his skillset.

“His kicks into space put Exeter under pressure and he backed it up with how physical he was in defence. I thought he was superb.

“If you know anything about rugby you realise what an unbelievable and special talent we have had for this generation.

“He has just turned 31, he has got 100 caps for England, been on three Lions tours, won everything domestically and captained his country. He is absolutely fantastic.”

On the pass, he said: “Owen has got that in his skillset.

“He would have known Alex Lewington was out there and when you practice and practice….people think it’s luck but it’s not.”