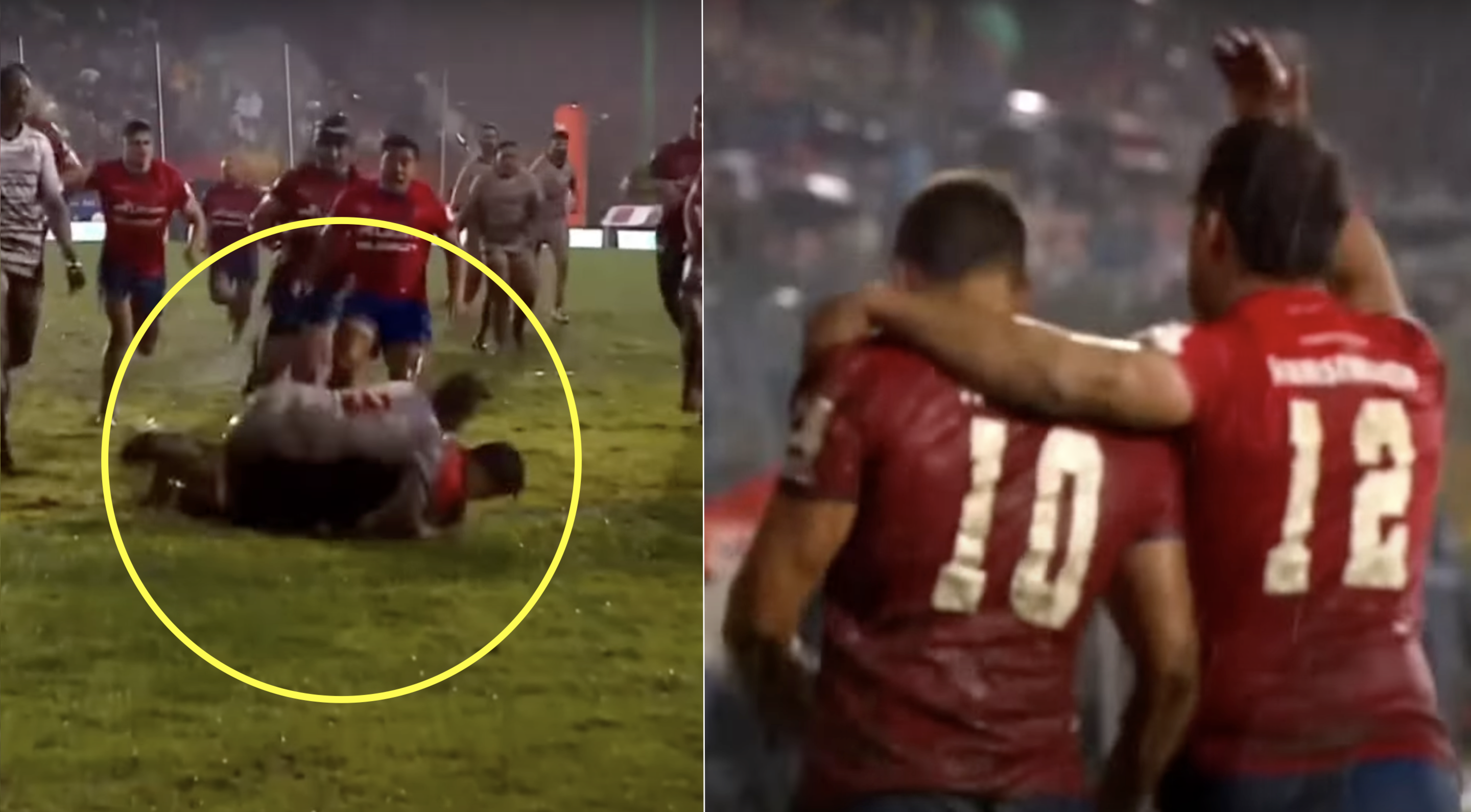 A waterlogged pitch in Santiago in a Rugby World Cup first leg qualifying match between Chile and the United States did not seem like the type of place that was going to provide the greatest try of the year, but lo and behold the rugby world has been treated to an epic.

The try was scored by Chile fly-half Rodrigo Fernández and it was made all the more incredible by the fact that the state of the pitch meant running was basically like wading through hummus. Nevertheless, he was able to run in a 70 metre epic, beating seven players in the process with pace, footwork and a bit of brute strength to power over the line. The try helped his side move to within one point of the USA with half an hour to play.

The try was actually so good, that it caused a power cut in the stadium a few minutes later. There is no exact scientific reason why a try would cause a power cut, but it is the only rational reason why.

The final score of the match was 22-21 to the USA, however a late Chilean try means that they are only trailing by one point heading into the second leg encounter next week in Colorado, where the winner will make the 2023 World Cup.

A try heard across an entire nation.