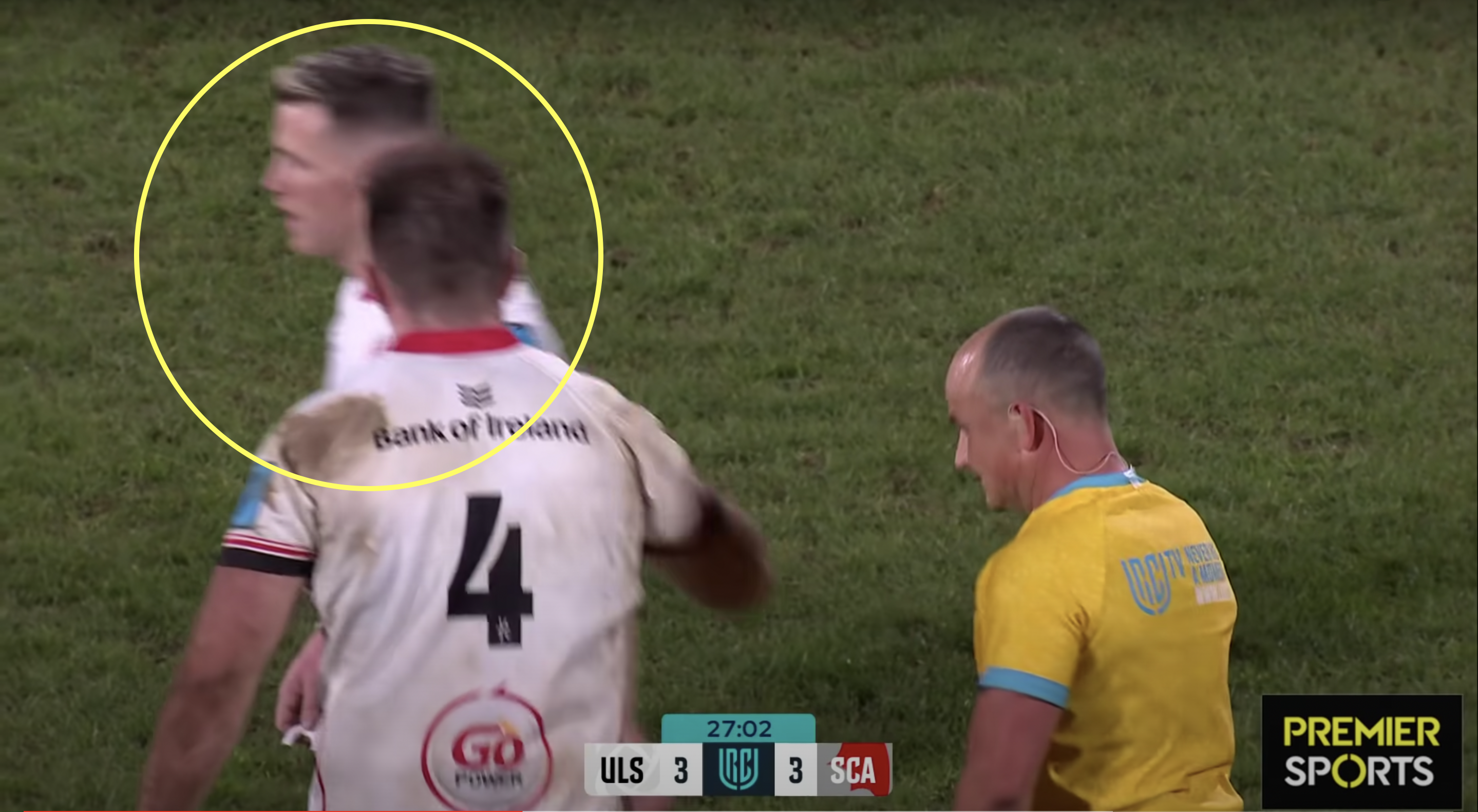 The ‘horrific collision’ that has left the Twitterverse speechless

The vast majority of spectators of Ulster’s win over Scarlets at the Kingspan Stadium yesterday have been left dumbfounded as to how the home side’s winger Craig Gilroy did not see a red card.

However, referee Jaco Peyper deemed it a yellow card offence, mitigated by the fact that Rogers’ level did drop quite significantly. Then again, there was not much of an attempt by Gilroy to wrap his arms on top of the fact that the ball had already been passed at this point, albeit only a split second before.

Take a look at the replay and make up your own mind:

Former Wales centre Tom Shanklin gave his verdict on the decision at half time, saying:

“It’s a horrific collision, and it looks even worse in slow motion. I said in commentary that I thought it was a yellow, agreeing with Jaco Peyper there that Tom Rogers was going down when the collision was made, he was on his knee, and since then you get a bit more time to look at it and time to go through it, it happened very fast, I think that is a red card. I think Craig Gilroy doesn’t really attempt to tackle, the arm’s down by the side which it shouldn’t be. It’s lazy defence, he’s not looking where he’s hitting. I think he’s fortunate to get a yellow card. I think he’s quite lucky.”

Should Craig Gilroy have been sent off for his challenge on Tom Rogers? 🟥@TomShanklin: "It was a horrific collision." 🗣️ pic.twitter.com/ZJDZypnbU6

To make matters worse for Scarlets, Gilroy scored a try later to put the match out of reach for the Scarlets, as the home side came out 27-15 victors.