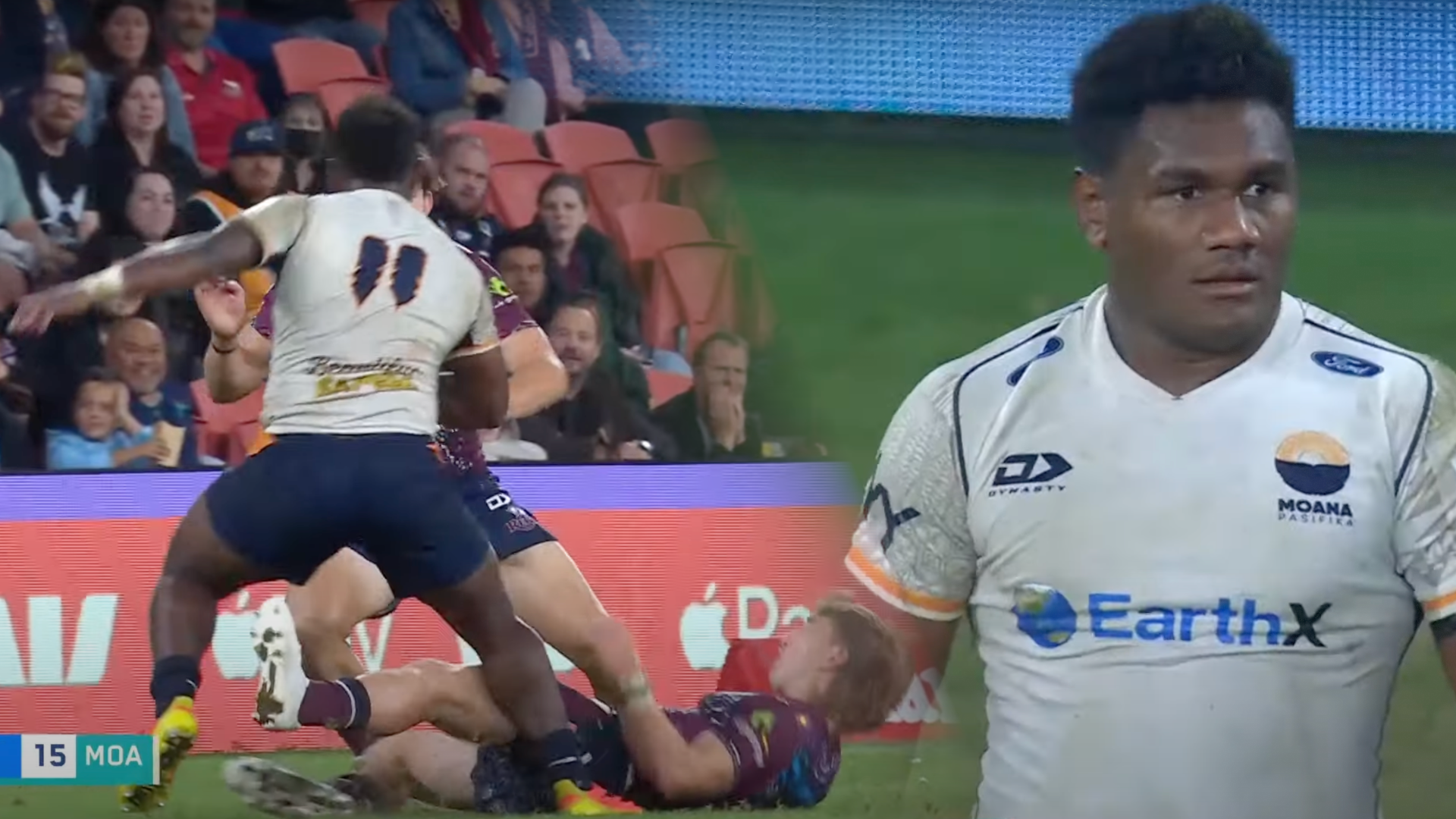 The latest sensation that could make Fiji’s backline unstoppable

With the likes of Semi Radradra and Josua Tuisova already, Fiji’s backline is mightily impressive, but adding Timoci Tavatavanawai is a terrifying thought for all of their opponents.

The 24-year-old Moana Pasifika winger has been in devastating form this season in Super Rugby Pacific. Just last Friday he had gone viral when he sat down Reds and Wallabies No9 Tate McDermott, but that is just a drop in the bucket. This was the hit:

However, there has been much, much more from the uncapped winger, as he has been terrorising defences all season. Tavatavanawai is built in a similar mould to his compatriot Tuisova, with both standing at 1.8 metres tall. However, Tuisova weighs about 10kg more at 113kg, compared to the Moana Pasifika winger’s 103kg. That certainly does not make him light, but means he may not have that brutal power Tuisova has (then again, very few backs on Earth do). But he certainly still packs a punch, and is probably slightly quicker and has slightly better footwork by virtue of being lighter.

Ahead of Moana Pasifika’s match against the Reds last week, head coach Aaron Mauger listed Tavatavanawai as one of the competition’s best wingers, and also said that he must be close to making Vern Cotter’s Fiji squad.

“He has to be, doesn’t he? Mauger said, “He’s proven to be one of the best wingers in this competition in the six games that he’s played and he’s just consistent in everything that he does.”

“He’s consistent on the field, he’s consistent off the field. He’s actually a real leader for this side with how he prepares and also the influence that he has on the guys around him.

“We’ve certainly been impressed with him from a coaching point-of-view.”

Take a look at some more of Tavatavanawai’s highlights from this season: