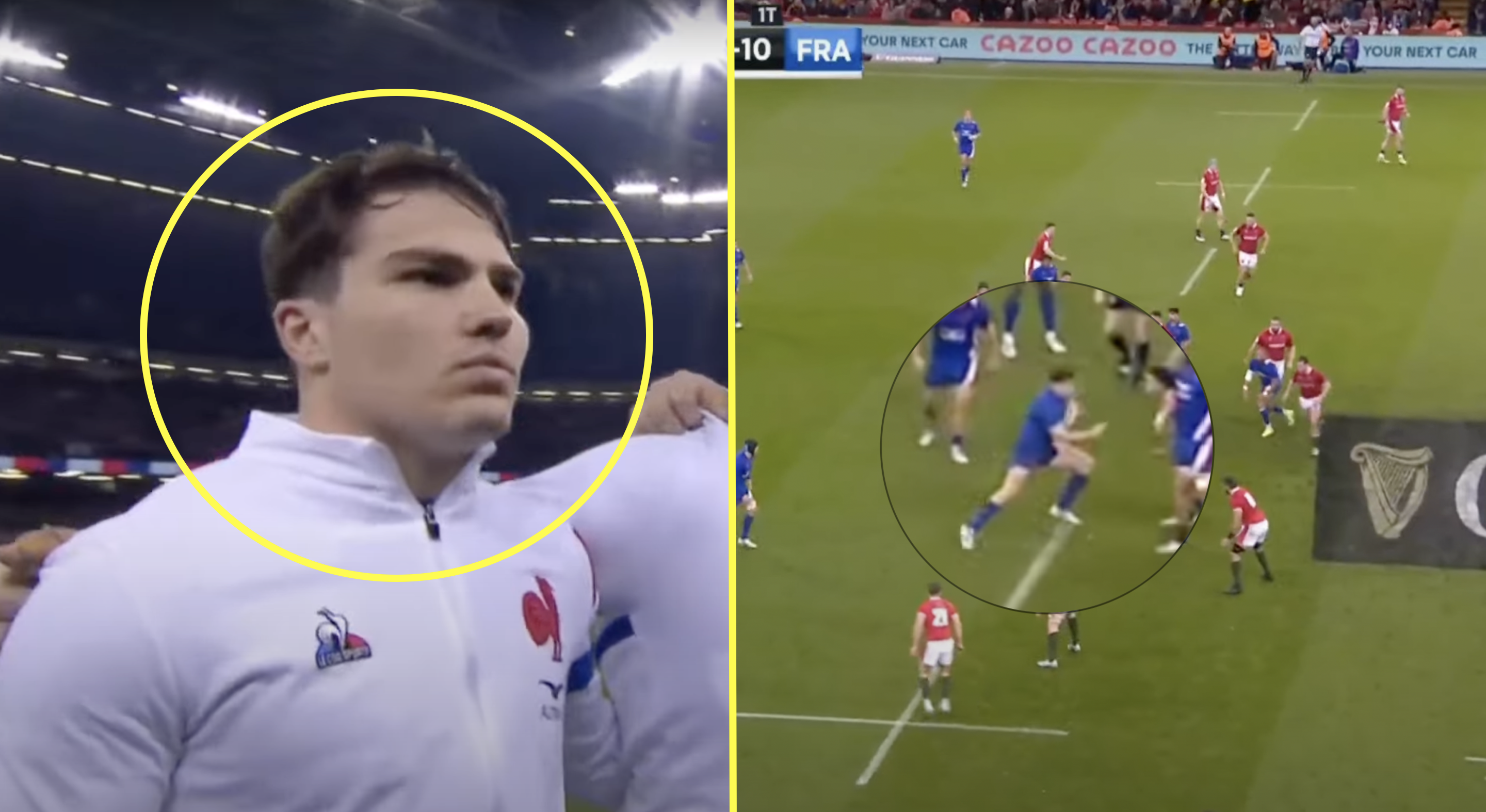 Wales may not have beaten France yesterday at the Principality Stadium in the Six Nations, but they actually managed to do something even harder than beating Les Bleus which is to make Antoine Dupont look human.

The France captain did not necessarily have a bad game, but by his usual standards he was not at his best as a number of errors crept into his game. Having said that, there were still some exceptional moments in his performance, none more so than when he casually shrugged off flanker Josh Navidi.

The Welsh openside is probably his side’s most reliable and aggressive tackler, but he was still no match for the World Rugby player of the year, who threw him away with a brutal right handed fend.

Outside of that one incident, Navidi was immense in Cardiff after making his first appearance for his country for a long time having been out with a shoulder injury.

France’s 13-9 victory meant they are one win away from a Grand Slam, but Wales certainly made them work for the win.

France head coach Fabien Galthie said: “Wales were very tactical and tried to push us back with a lot of very long kicks.

“We managed to react well to their game. We knew it would be difficult because they have won the competition several times, and it’s not by chance.

“But despite the virus the team has managed to get a victory, and that’s the most important thing.”

Wales head coach Wayne Pivac also hinted at some good news after the loss regarding captain Alun Wyn Jones. He said: “He’ll be officially added to the squad this weekend.

“He’s worked very, very hard as Alun Wyn does. He’s been training with the team, helping prepare the team for this week’s game. He’ll be available for selection.”