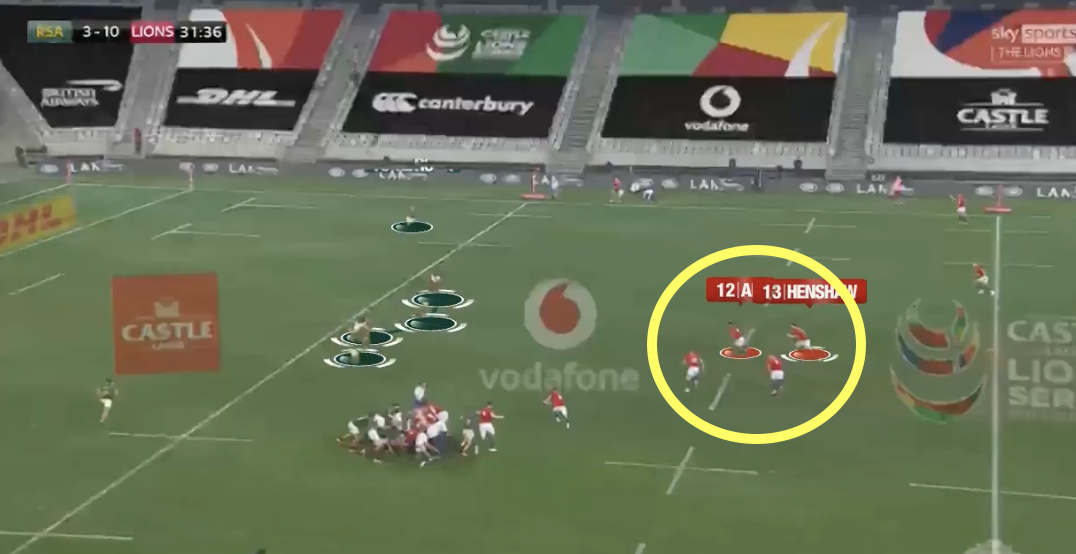 Since the final whistle blew on Saturday handing the Springboks the series win over the British & Irish Lions, there have been a lot of ‘what ifs’ and regrets.

Tom Curry’s penalty when the Lions were inches away from another driving maul in the first half and Liam Williams’ failure to put Josh Adams away for a try are the two instances that will spring to mind for many fans, but rugby guru Brett Igoe has highlighted another spurned opportunity.

The opportunity came from an attacking Lions scrum in the 32nd minute, where centres Bundee Aki and Robbie Henshaw had sucked in and drawn four South African defenders, creating a pull back which would have potentially created a four on one situation against Willie le Roux. However, scrum-half Ali Price opted for Henshaw to take the ball into the midfield and therefore destroying the overlap created.

Even then, following that ruck Alun Wyn Jones was able to offload the ball to Maro Itoje, who made a galloping run deep into the Springboks 22.

Here was the chance:

This is just another ‘what it’ moment for the Lions, and another instance where South African fans will breathe a sigh of relief that the visitors were so wasteful.

The rest is history now, though, and while the Lions were able to create a handful of golden chances in the first 40 minutes, their opportunities dried up in the second half. That is not to say that there weren’t any, as as the decision to kick to the corner in the final ten minutes instead of levelling the game will cause many a Lions fan nightmares.