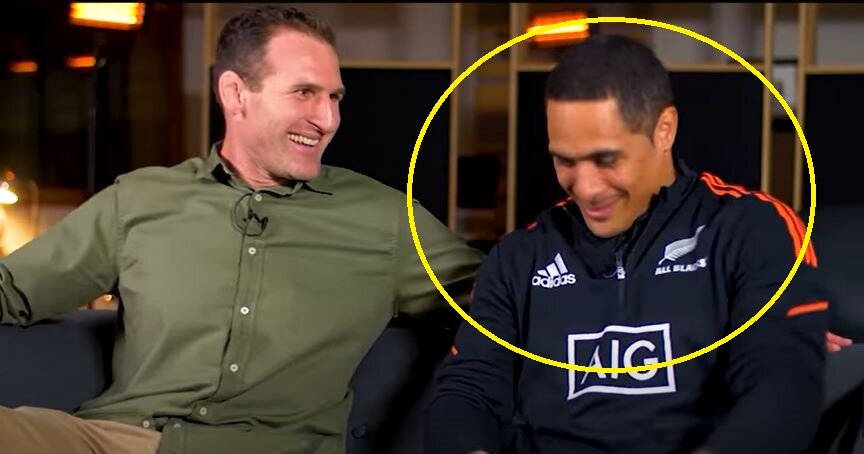 The moment this All Blacks sit down became incredibly awkward

Former All Blacks skipper Kieran Read sat down with centurion Aaron Smith as they look back at some highlights in the halfback’s career.

Smith interestingly enough admits to being starstruck by a rival international on his debut, but that wasn’t when things got a bit awkward.

Here, have a look at the vision below:

“There’s a silver lining here about not being with the All Blacks. I’m only five games short of 50 for the Turbos and excited about hopefully making that milestone.”

“The door isn’t completely closed to me joining the team for the Northern Tour if our baby comes early. In this environment anything can happen so I’ve got an open mind. At the moment though, I just want to focus on being here with my family and enjoying that time and playing for Manawatu. I can’t wait to get the boots on again.”

The All Blacks team has been named to play Ireland at Aviva Stadium, Dublin, Ireland, on Saturday 13 November. (Kick-off: 3.15PM / 4.15AM Sunday NZT).

The forward pack which ran out against Wales two weeks ago has been retained, with the front row of Joe Moody, Codie Taylor and Nepo Laulala. The second row is the experienced Samuel Whitelock, who will captain the side, and Brodie Retallick, while in the loose forwards, Ethan Blackadder is at blindside flanker, Dalton Papalii is at openside, while Ardie Savea is number eight. Dane Coles comes in as reserve hooker, alongside fellow reserves: props Karl Tu’inukuafe and Tyrel Lomax, lock Tupou Vaa’i and loose forward Akira Ioane.