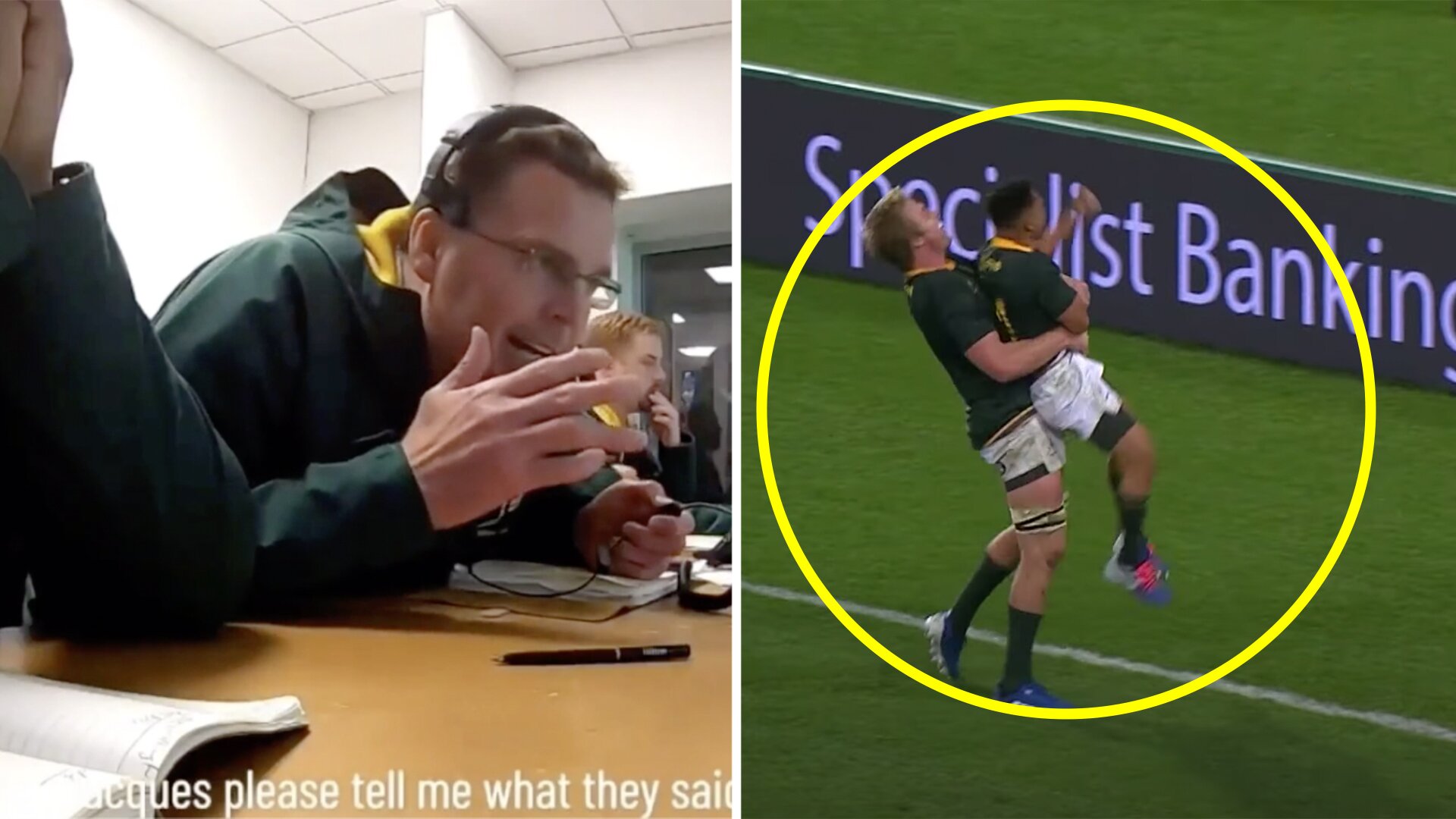 The moment when the Springboks purposefully ignored their coach Rassie Erasmus

The Springboks rugby team have released another incredible moment in their documentary Chasing the Sun showing the moment when they defied their coach Rassie Erasmus.

This latest episode shows the moment the Springboks ignore the orders of their head coach Rassie Erasmus in their pivotal match against the All Blacks in 2019.

The clips comes from the second episode of their Chasing the Sun documentary which is being aired across South Africa very Sunday for the next 5 weeks.

In exclusive interviews, the team talks directly about how they decided to ignore Rassie Erasmus as he wanted his team to kick for the posts when they were 7 points down against the All Blacks. This would have meant they wouldn’t risk losing by more than 7 points which meant they could win the Rugby Championship the week after.

The team wanted to go for the win, however, and instead, the team decided to kick for the corner, much to the visible anger of their head coach.

This was the final episode of Chasing the Sun before the team records their journey in Japan. The first game comes up against New Zealand in the first round of the World Cup.

The Springboks lost their first game of the tournament against New Zealand so there will surely be some interesting moments from that match in the changing room at very least.

Their head coach posted a preview of the next episode and it looks like it will be brilliant!

South Africa went on to draw this match, in a game which many point to as the turning point in the team’s journey to World Cup success.

We will continue to follow this brilliant documentary as more clips come through.