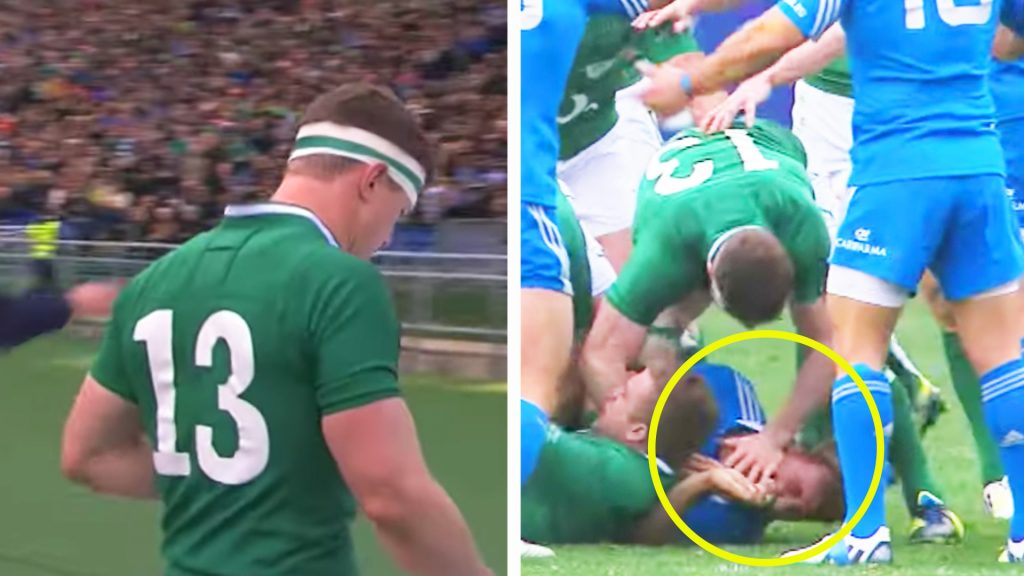 Brian O’Driscoll was always regarded as a class act in rugby. That was until this vile act in 2013.

The legendary Irish centre was coming to the end of his time in the emerald green jersey and on this day he was lining up against the Italians in Rome.

The shocking incident occurred just before the half-hour mark with the Irish trailing on the scoreboard.

It’s fair to say, we never thought we’d see something like this from Brian O’Driscoll.

never would've expected Sergio Parisse and Brian O'Driscoll to be sent to the sin bin in the same game! #bbcsixnations

Italy were helped by a huge effort from their pack, and a bizarre run of injuries for Ireland as well as three yellow cards.

In the aftermath of the incident, some rushed to the Irish skipper’s defence claiming that his moment of madness was in retaliation for a punch on Keith Earles on the ground moments before O’Driscoll intervened.

The Azzuri went on to record a famous home win against the Irish in what still ranks as one of their finest days in the competition – their first win against Ireland in 13 years of trying and the first after 17 straight losses.

Ireland had an awful Six Nations campaign that year.

Brian O’Driscoll was only handed a three-week ban for this vile act of thuggery in a kop out move from a Six nations disciplinary committee – citing his, “exemplary previous playing and disciplinary record”, as reason enough to give him a lenient suspension.

The Ireland midfield man went on to represent the Lions that summer on their victorious tour of Australia.

He had featured heavily in the first two tests but was dropped by Warren Gatland for the decisive final test match in a move that angered fans in Ireland.

Gatland’s decision was vindicated, however, after a resounding third test pounding of the Wallabies that completed a 2-1 series win for the Lions.