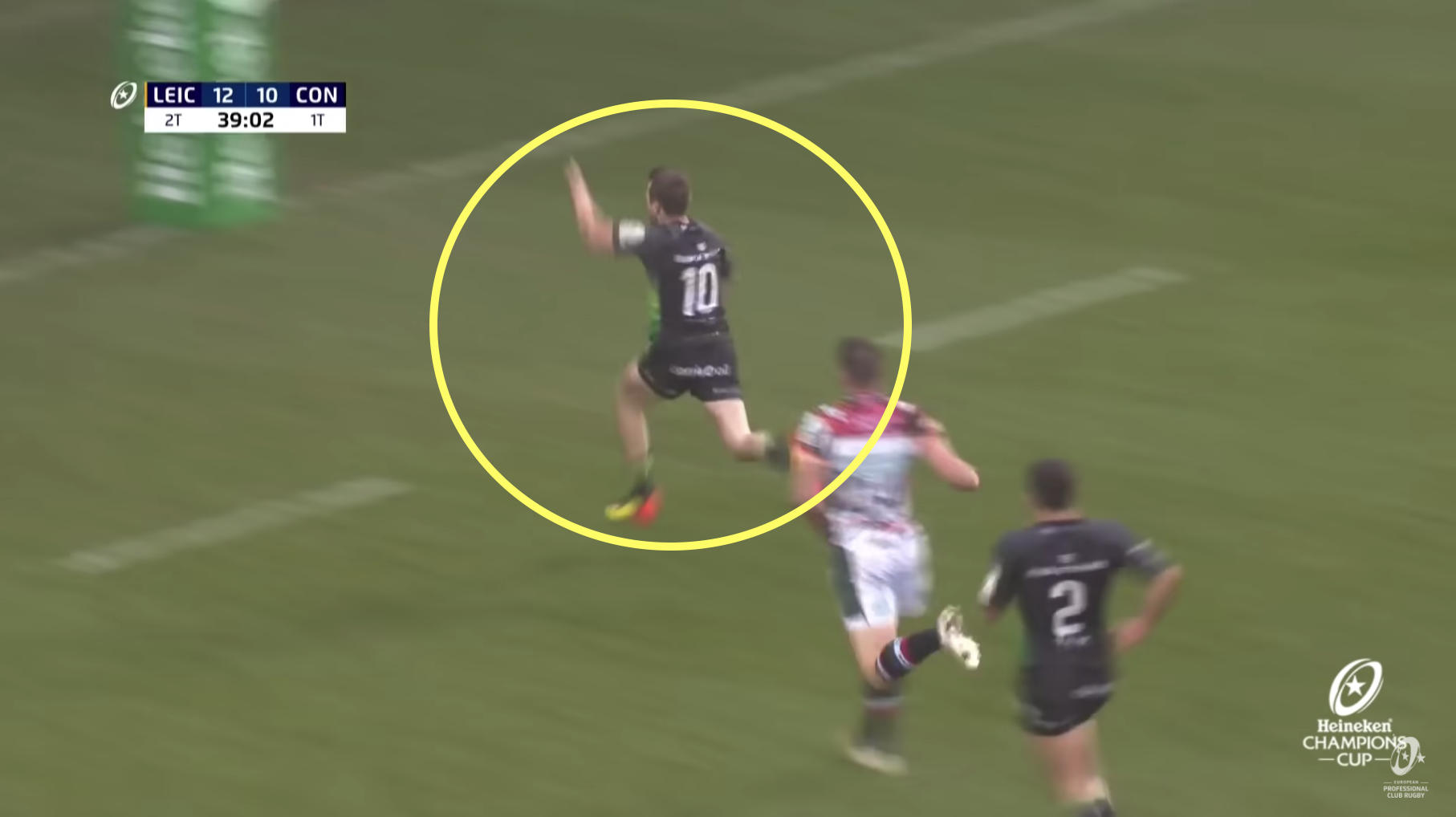 Round two of the Heineken Champions Cup was loaded with some virtuoso fly-half performances, none more so than Connacht’s Jack Carty on Sunday against Leicester Tigers at Welford Road.

The ten-cap Ireland international put in a standout performance against the Gallagher Premiership leaders, scoring a try and kicking a further 13 points in their narrow loss. Though it would have been disappointing to be on the wrong side of the scoreline, particularly as they were leading 20-12 at one point in the second half, Carty’s performance cannot be doubted. His astute drop goal at the end of the match could prove to be crucial come the end of the pool stages, as it earned his side a losing bonus point.

With the Ireland No10 debate constantly raging, the 29-year-old sent a strong message to Andy Farrell on Sunday to be Johnny Sexton’s back up over the Six Nations. With Joey Carbery facing a race to be fit in time for the tournament after fracturing his elbow, Carty put his hand up. It was even a performance worthy of rivalling Sexton for the green No10 shirt come February. Although the Leinster out-half looks a comfortable starter for Ireland in the big games at the moment, particularly after the autumn, he would have taken note of Carty’s display. Even Sexton himself is carrying an injury, having twisted his ankle and knee against the All Blacks last month.

Jack Carty was on a mission for @connachtrugby yesterday 👊

Leicester director of rugby Steve Borthwick was full of praise for his opponents after the match, saying: “They really, really challenged us today. They’re a really well coached team. I thought they played a smart game, we made too many errors and they capitalised on those errors. What was really pleasing was that our team were able to grab hold of it and change it in that second half.”

"Connacht are a really well-coached team."

"We've got some good young players who are pushing hard!"

Steve Borthwick's @LeicesterTigers are getting used to that winning feeling…

But no extra turkey for the players at Christmas! 😂#HeinekenChampionsCup pic.twitter.com/KJ5rtT5mHH

Despite the loss, Connacht are in fourth place in Pool B of the Champions Cup with six points while Leicester are in third with nine points, although the table has been disrupted by a number of postponements.