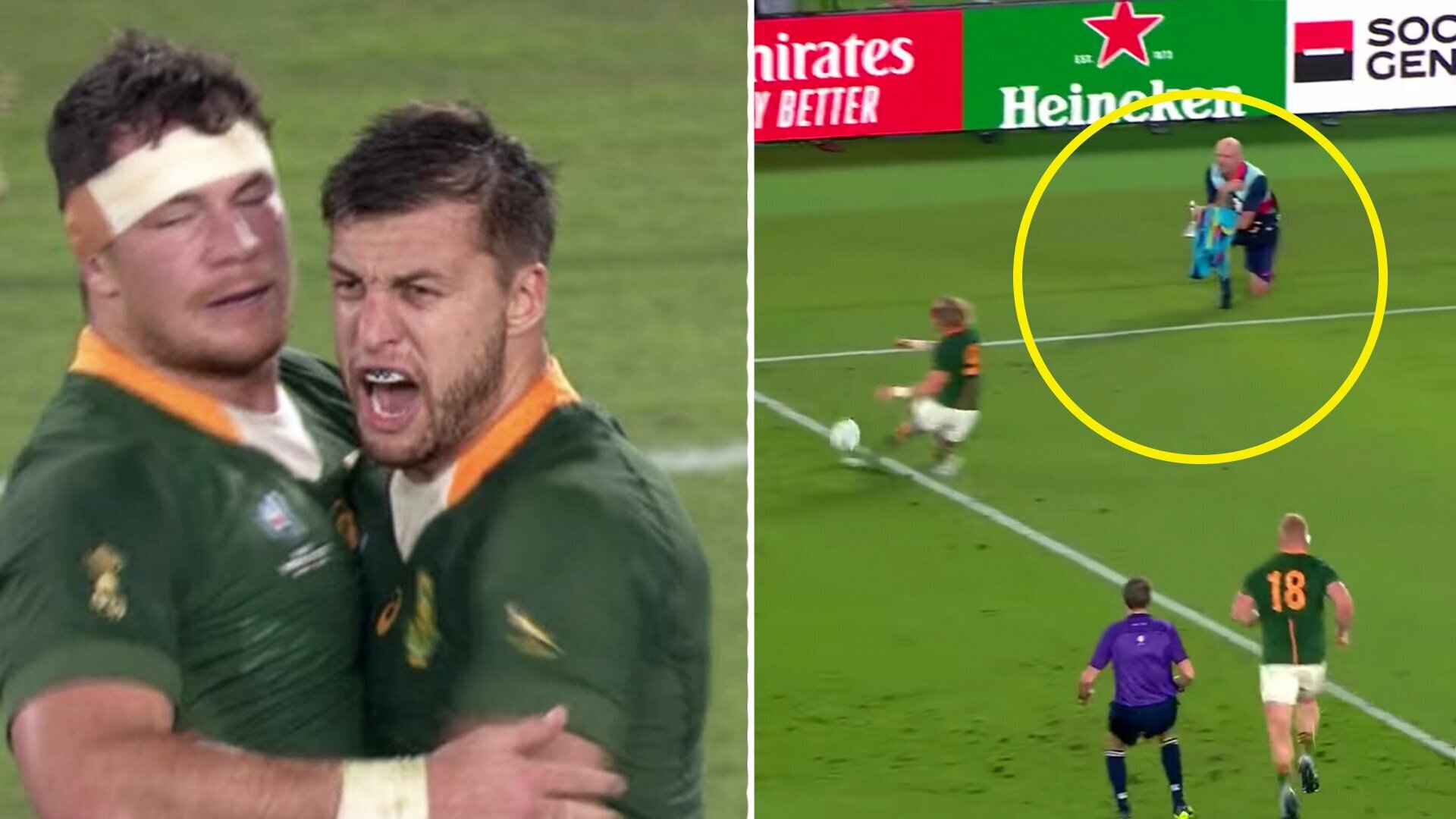 A new video has been released this weekend that has uncovered a genius ploy used by the Springboks that helped them win the Webb Ellis Cup last year.

This new video from ‘Wibble Rugby’ pointed out this extraordinary, previously unseen tactic from Rassie Erasmus’s side.

this man was instrumental in the Springbok defence in Japan

You are my hero, example and inspiration. Happy Father’s Day and thanks for being one of the OG #ChampionsOfCare! But I would also like to hear from you guys: share how your dad or father-figure has been an inspiration to you and stand a chance of winning a Dove Men+Care hamper. pic.twitter.com/1dmM1YK2Ug

The video is brilliant as it goes over all the details of South Africa’s famous victory at Yokohama stadium.

It covers, in detail, all aspects of the Springbok win from the mentality, to the tactical genius of the coaching team. This deep-dive really leaves no stone unturned!

One pivotal factor that helped the men in green and gold win that day has been uncovered in this analysis. We’ve pulled up the part of the video in the link below

Comments made by the head of ECPR suggest that a world club competition could be ready to roll in 2022, as rugby union’s landscape looks set to make another tectonic shift. The plans come on the back of a World Rugby conference held online earlier this month.

Presidents and representatives from both the northern and southern hemispheres took part in an online forum which looked at creating a new unified global rugby calendar. The meeting included more than 50 people, including England captain Owen Farrell and ex-All Black Conrad Smith representing the international players.

While the Test windows were the main focus, stakeholders are also looking at a possible world club competition, which would pit the planet’s biggest club sides against one another.

Fixtures like Leinster versus Crusaders or Saracens versus the Auckland Blues make for a mouth-watering prospect, should such a deal get greenlighted.

ECPR chairman Simon Halliday told The Guardian’s Paul Rees that the new competition, which could mirror the new global international competition being mooted by World Rugby, could be up and running in just 18 months.