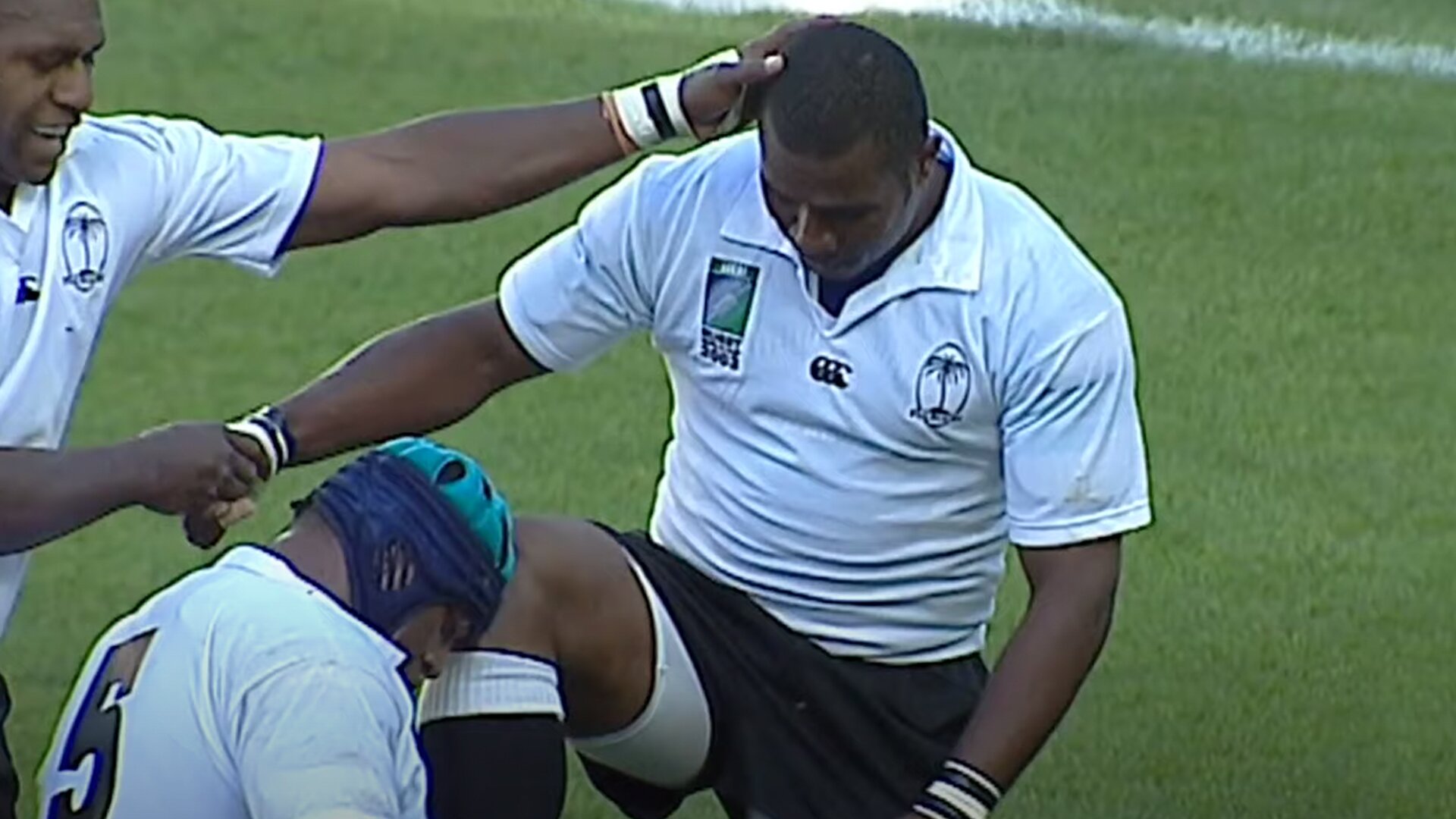 Rupeni Caucaunibuca is considered by many rugby fans to be one of the best rugby players of all time. On Rugby 06 he was given a speed rating of 99. This is why.

The Fijian winger is considered by many rugby fans to be one of the greatest rugby players to have played for the team in white, with his speed and flair on the ball destroying his opponents.

World Rugby today released a video showing us exactly why Rupeni Caucaunibuca is rated so highly for his speed. His opponents really didn’t stand a chance against him!

Former Flying Fijian and Highlanders prop Alefoso Yalayalatabua has died at the age of 43, according to reports from media outlets in Fiji.

He becomes the fourth member of Fiji’s 2007 Rugby World Cup to pass away, a list which sadly includes Maleli Kunavore, Jone Railomo and Seru Rabeni.

A minute of silence was observed in honour of Yalayalatabua prior to the start of the Fiji Rugby Union Annual General Meeting, which was held this weekend.

A late bloomer in terms of his Test rugby career, Yalayalatabua made his international bow for Fiji in 2007, aged 30, in a 3-8 loss to Samoa.

A dynamic ball-carrying prop, he was named in his country’s squad at the 2007 Rugby World Cup finals, where he played just one game, in the 12-55 loss to Australia. He earned 10 caps for his national for Fiji, although his ties to the Fijian armed forced ultimately limited his Test career due to both New Zealand and Australia’s ban on military from the country. As a result, he was unable to participate in the 2011 Rugby World Cup in New Zealand.

The 5’11, 106kg loosehead featured for local side Namosi in 2003. He forced his way into the Highlanders squad for the 2007 Colonial Cup and later the Air Pacific Fiji Warriors and according to FijiRugby.com, his rapid rise in status saw him join the Flying Fijians squad and he made his aforementioned debut against Samoa later than year.

He finished his career at the Suva rugby club.