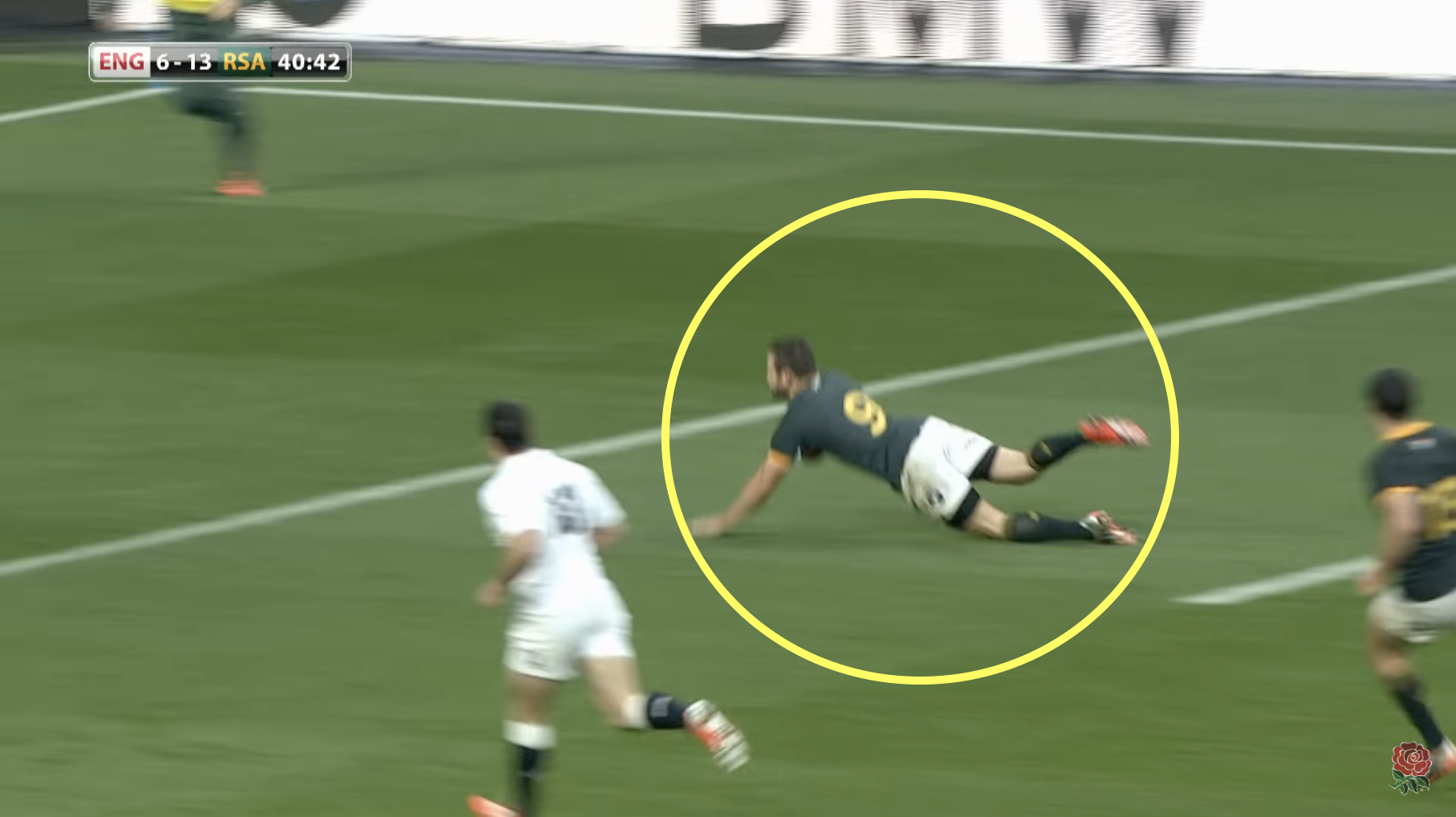 The Reinach wonder try the last time he started at Twickenham

It is not that common that Cobus Reinach finds himself in the South Africa starting XV, having won over half of his caps to date from the bench, however that is where he finds himself this Saturday against England at Twickenham.

The speedster has had to make do with appearances from the bench so far this November against Wales and Scotland, but will start ahead of Herschel Jantjies in London. It will be only the second time the 31-year-old has faced England, with the first coming in 2014 at Twickenham. The scrum-half started on that occasion as well in the Springboks’ 31-28 win, and scored quite an impressive try in the process.

Reinach finished off a slick move by the Boks, which started from a chip from Pat Lambie, which was caught on the full by fullback Willie le Roux, who then put his scrum-half in for the try. Le Roux and Reinach are two of four members of the XV on that day that have made it into this Saturday’s XV as well, with the others being Eben Etzebeth and Duane Vermeulen.