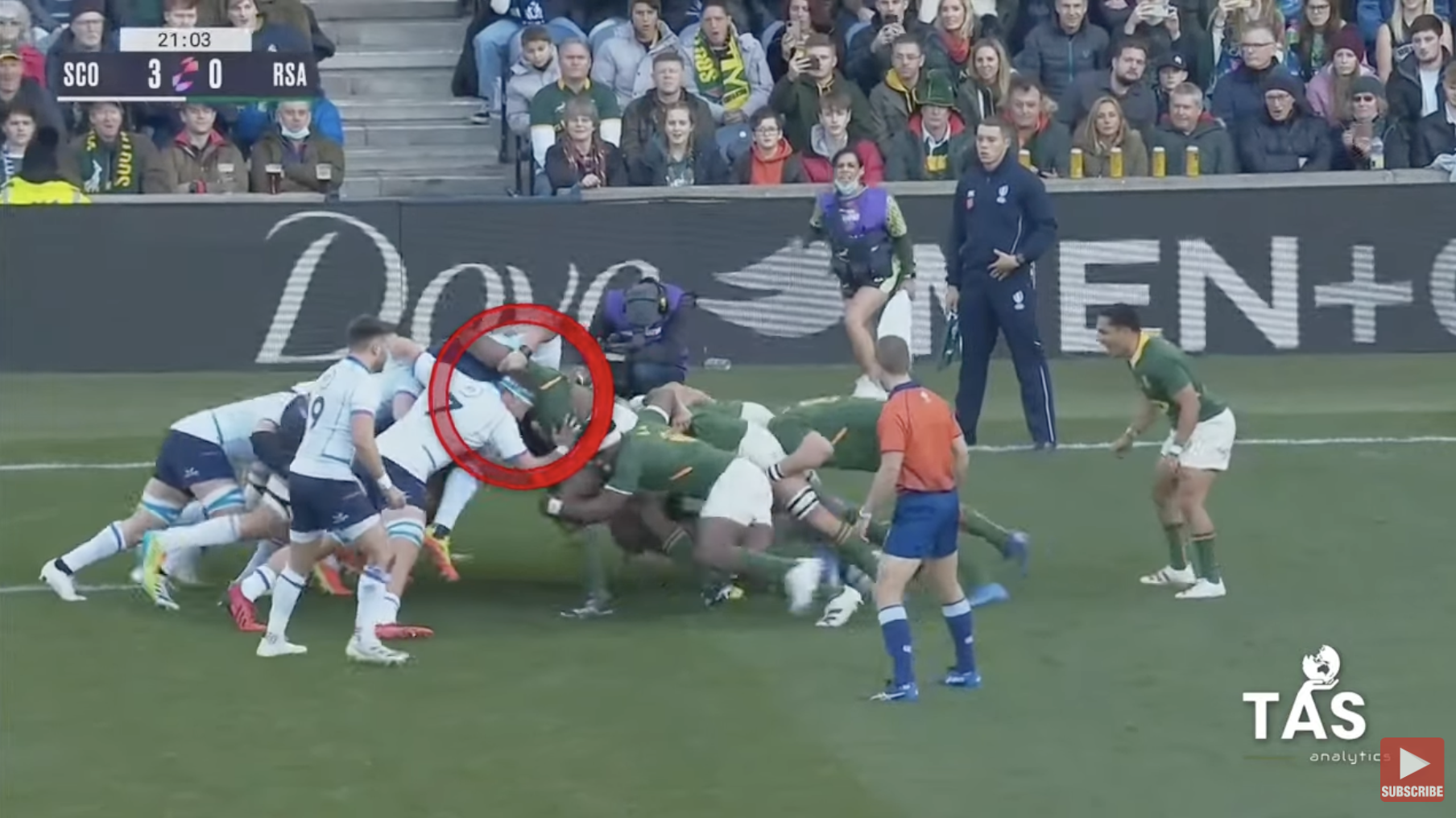 One area that many feel the match between England and South Africa will be won or lost at Twickenham on Saturday is in the scrum.

While the Boks will arrive in south west London knowing they have two front rows loaded with World Cup winners to start the match and to bring off the bench, England have been decimated in the front row department. Eddie Jones’ side now go into the match with an inexperienced loosehead – hooker duo of Bevan Rodd and Jamie Blamire after an injury to Jamie George last week and Ellis Genge’s positive Covid test.

That is not to say England won’t rise to the challenge, but the smart money is on the Boks to come out on top in this area. Recent history tells us that this is an area South Africa will target Saturday’s hosts, with the World Cup final being a prime example. England would therefore have been analysing the South African scrum intensely this week, particularly their performance against Scotland last week.

TAS Analytics shared a video on YouTube this week of the Bok scrum tearing through the Scottish pack. The hosts won only 50 percent of their scrums at Murrayfield to the Boks’ 100 percent, and they got plenty of penalties to go with them too. The world champions consistently drove Scotland backwards, and there was one moment in particular where loosehead Ox Nche actually lifted both of Zander Fagerson’s feet off the ground.

The worst thing for England is that they need to effectively analyse two scrums, as South Africa have got into the habit of subbing off their starting front row of Nche, Bongi Mbonambi and Trevor Nyakane before half time, and replacing them with the Bomb Squad of Steven Kitshoff, Malcolm Marx and Vincent Koch.

Take a look at their scrum: