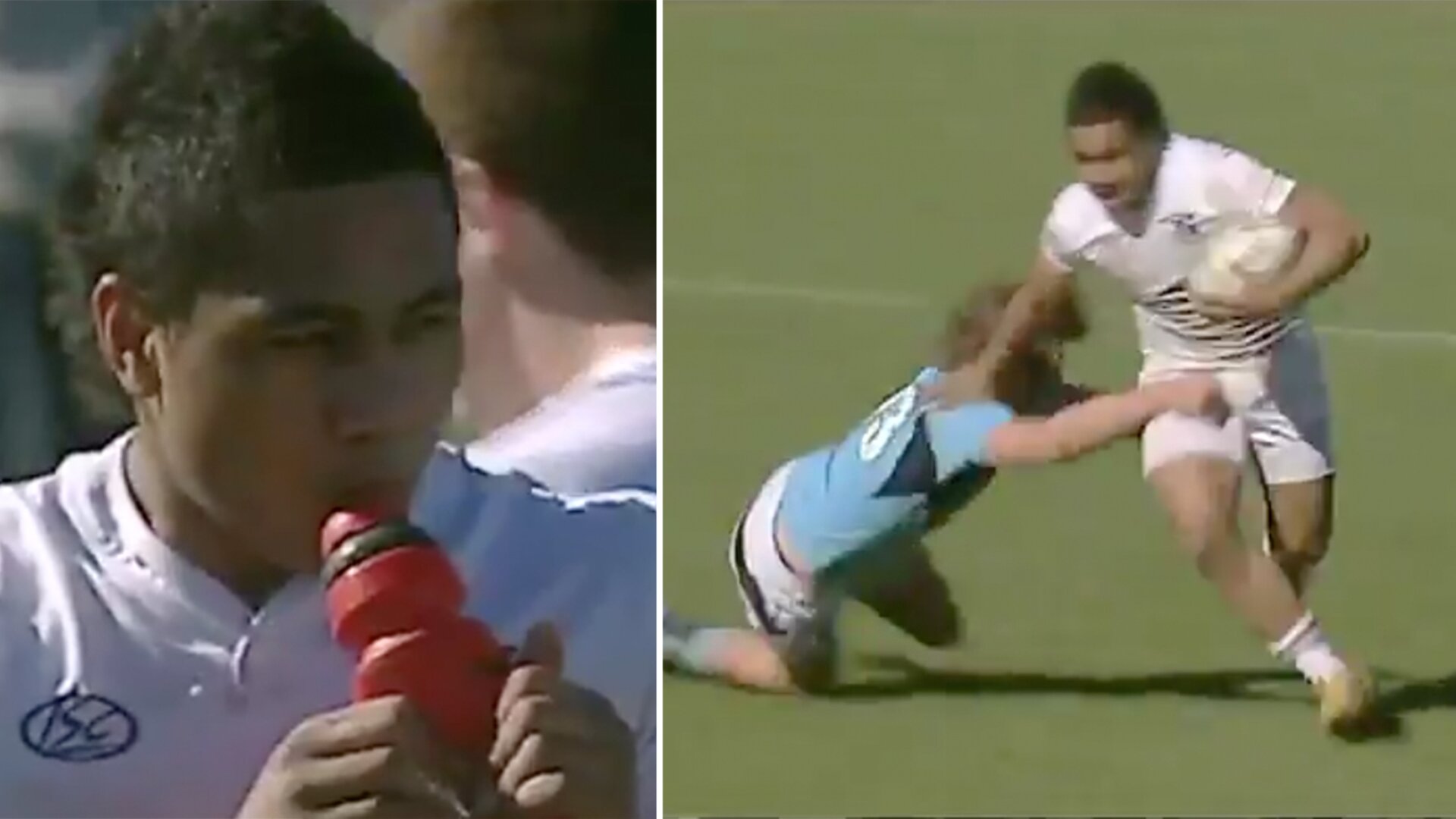 We were shocked but presently surprised to see that footage of All Black Ngani Laumape has surfaced online. The Footage really is on another level.

We were scrolling through the interweb this morning when we stumbled across the highlights of Laumape playing for his school Palmerston North Boys’ High School.

The footage has already amassed 100,000 views on social media! Recently the Hurricanes back has made headlines for his explosive return to Super Rugby Aotearoa. It is obvious that this man has been purely focusing on his return to rugby since the lockdown began in New Zealand.

He recently spoke in an interview saying that people had been ‘disrespecting his name’ in rugby and that he was not going to take it anymore. This footage of Ngani Laumape is brilliant!

Laumape was known for being a savagely aggressive rugby player at schoolboy level and it really shows in this video where he seems to be simply unstoppable!

The 27-year-old narrowly missed out on selection for the All Blacks during the 2019 Rugby World Cup and it has clearly made him hone in a lot of his rugby skills.

These highlight reels truly show how this man was simply on a different level to the other players around him. In this video he looks about 21 whilst the others look like boys.

This does really show the gulf in class between a professional rugby player and schoolboys who play at a different level.

Just look at how good he was in these schoolboy highlights!

It’s always interesting to watch schoolboy rugby in New Zealand as they give it so much airtime!

We would recommend watching it to see who the next big players in World Rugby will be!