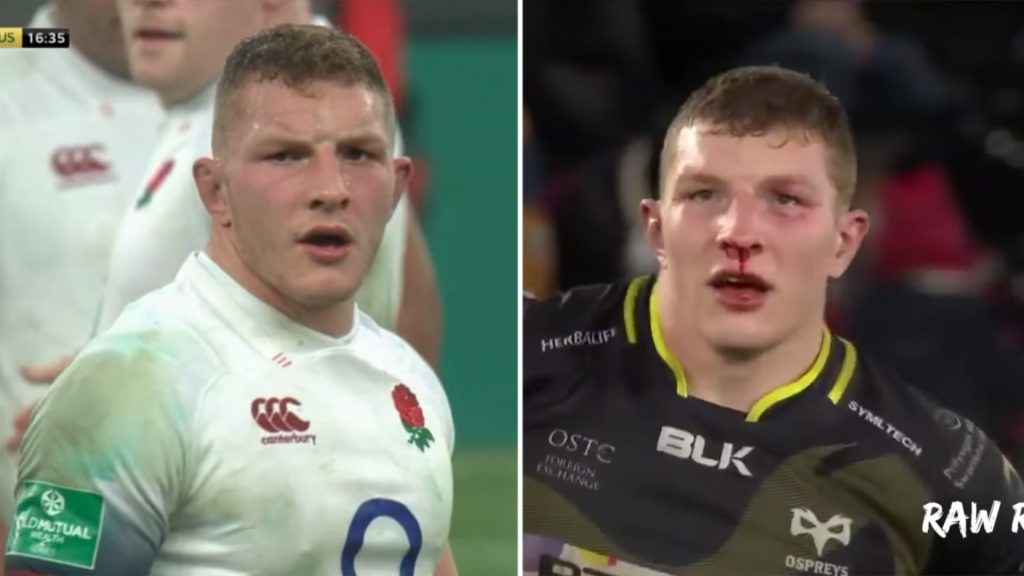 Sam Underhill is now known by many rugby fans as the hardest tackler in rugby, ever since the World Cup, fans have known this. But what video made tackling and Sam Underhill so well known.

This highlight reel truly put Sam Underhill on the map back in 2017 when players didn’t really know much about him.

He was 21 at the time and this highlight reel took the rugby World by storm.

A highlight reel with no tries, no passes, no incredible sidesteps, just brutish destructive tackling from Sam Underhill.

A highlight reel was released on him this week and we were shocked to see the incredible achievements that this man has already achieved for the red roses so far!

In the highlight reel, his massive hits are highlighted first of all, but then we also saw some of the incredible things that Sam Underhill has achieved for England that we may already have forgotten about.

Sam Underhill has already achieved some incredible things for England, things such as…