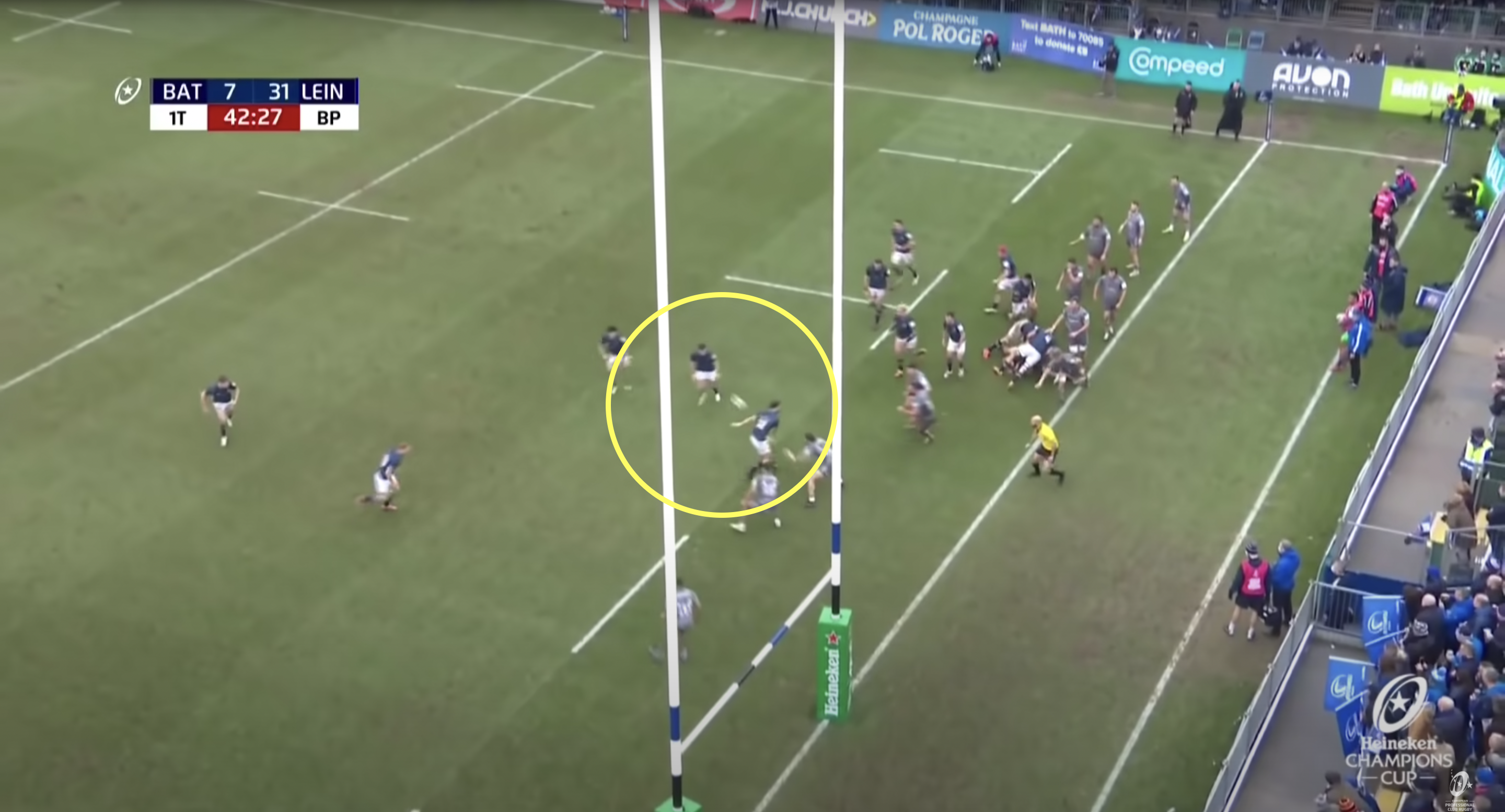 The timeless move Johnny Sexton has dominated the world with

There are some things in rugby that are seemingly eternal. Richie McCaw’s signature hairstyle never changed across his 148 caps for the All Blacks, Jonny Wilkinson’s idiosyncratic kicking ritual never once wavered across the enormous haul of points he kicked or Alun Wyn Jones inimitable ability to always find a way to be fit to face England even if it requires flying in the face of medical science.

Well there is a new entry into this list of rugby’s timeless classics, and that is Johnny Sexton’s wrap around move. The Ireland and Leinster fly-half’s loop move has been a staple of his play across his career, and clearly old habits die hard as the 36-year-old pulled the move out again against Bath in their 64-7 triumph on Saturday in the Heineken Champions Cup.

EK Rugby Analysis highlighted this move on Twitter, pinpointing how Sexton executed it. Typically the Irishman would take the ball at first receiver, pass to his inside centre and receive the ball a second later as he is wrapping round. Anyone who has watched Sexton more than once would recognise the move. On this occasion at the Rec, however, Sexton started from behind the ruck and looped around the first receiver to take the ball and create a Ciaran Frawley try. It is effectively the same classic hit that made him famous, but has been remixed slightly.

16 years on and Johnny Sexton is still making the loop play work.

Sometimes the old moves are the best ones. pic.twitter.com/n11ugaQG7w

Ultimately, if it ain’t broke, don’t fix it, and this is something that is tried and tested for Sexton and has always bore fruit. There is little doubt that he will do the same again this Six Nations for Ireland. Then again, in a career for Leinster and Ireland where he has always had the likes of Gordon D’Aarcy, Robbie Henshaw, Brian O’Driscoll and Garry Ringrose as his centres outside him, interplay like that becomes much easier.