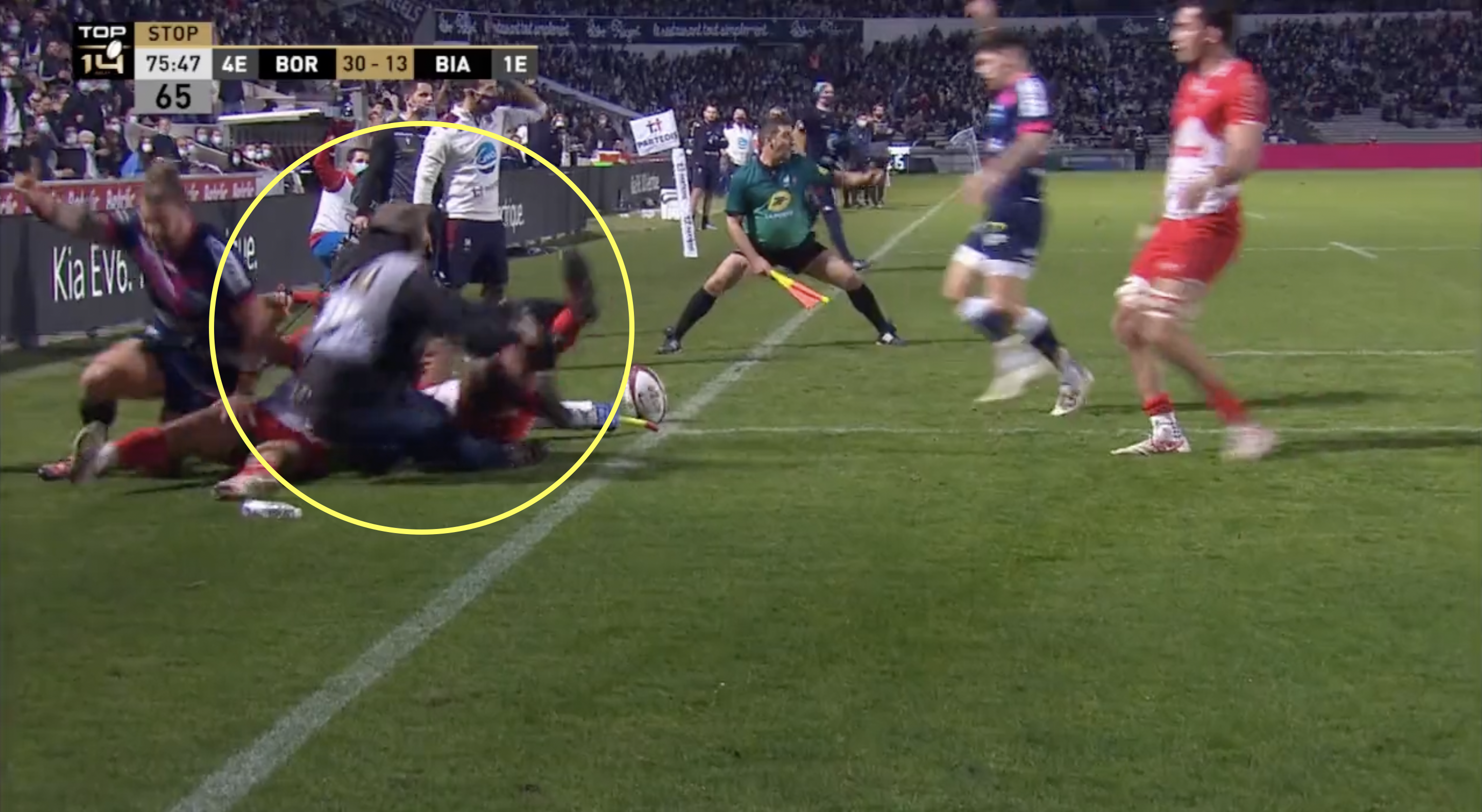 Injuries are par for the course for professional rugby players given the physical nature of the sport, but certainly less so for cameramen.

However,  one cameraman who thought he was in prime position to capture a try on Sunday ended up being on the receiving end of a gruesome injury.

The cameraman, named Olivier, was mere centimetres away as Bordeaux Begles’ Federico Mori bundled his way over the line in the final minutes of the match on Sunday against Biarritz at the Stade Chaban-Delmas. However, the Italian ended up fracturing Olivier’s tibia in the melee over the line, it has been revealed today.

Olivier was stretchered from the field to a rapturous round of applause and a lot of credit needs to go to him for seeking to get the best angle possible for viewers.