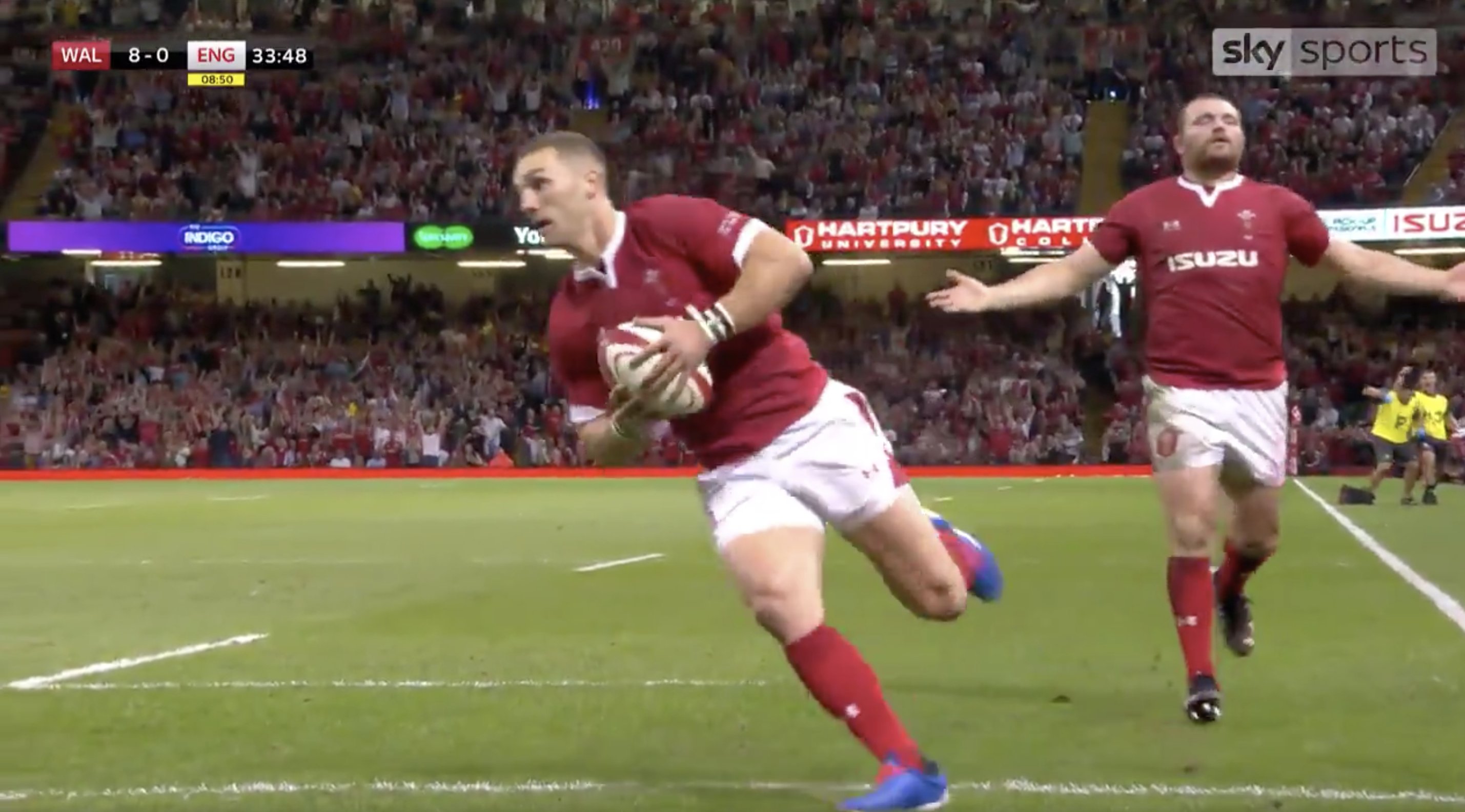 Wales defeated England today in a result that sees them move to Number 1 in the World Ranking. The try that saw them win the game was a brilliant bit of quick thinking which saw George North barrel canter in, in the corner.

Anthony Watson was sin-binned for intentionally knocking the ball on and Biggar made the most of the large gap that was left with his absence.

Look at this score!

George North is there to dot down, and Ken Owens to celebrate in style 🕺

New Zealand struck first within the first three minutes of the match, finding some space out wide allowing flyhalf Ruahei Demant to score underneath the posts and give the hosts a 0-7 lead. Australia countered immediately, with a brilliantly worked try from the Australian backs, who got the ball into the hands of Mahalia Murphy. Murphy fended off two New Zealand tackles to bring the scores to 5-7. As the half progressed, the much improved Wallaroos placed pressure on New Zealand and physically dominated the breakdown, however the Black Ferns were the next to score with a penalty, moving the score to 5-10. New Zealand continued to put pressure on the Wallaroos and were able to cross the line through Eloise Blackwell to extend the hosts lead to 5-17. Australia fought their way back into the half, building consistent pressure on New Zealand inside their 22, with the Wallaroos rewarded with a penalty which Lori Cramer gratefully accepted, closing the gap to 8-17 at the break.

The second half was a seesawing battle as both teams battled to establish the upper hand for the second stanza. New Zealand were the first to score through a penalty, with Cocksedge taking the lead to 8-20. It took until the 60th minute for either team to trouble the scoreboard with Carla Hohepa scoring in the corner, taking a commanding lead of 8-25. The Buildcorp Wallaroos continued to fight hard into the final quarter, but New Zealand was able to cross the line and pull away from the Wallaroos with tries to Charmaine McMenamin and Charmaine Smith closing out the match 8-37.