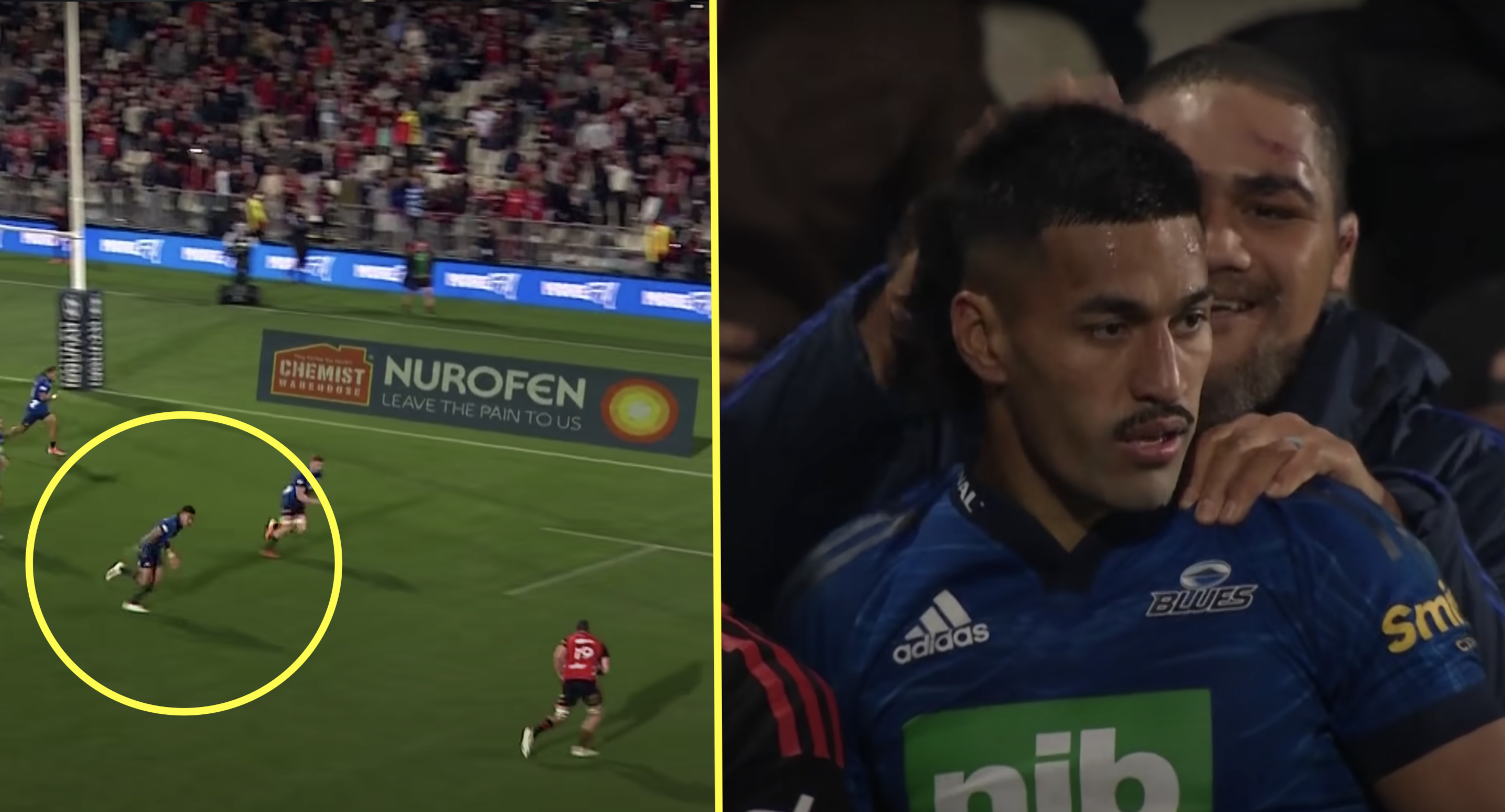 There was plenty objection initially to the idea of Rieko Ioane moving to outside centre after he made his name as a winger, but every week the 25-year-old is proving that it was a good idea.

While he usually proves this with what he does with ball in hand, it was his defence on Friday that caught the eye of the rugby public.

The moment came in the 79th minute at the Orangetheory Stadium with the Blues leading the Crusaders 27-23. Richie Mo’unga slung the ball out wide to flanker Dominic Gardiner, who was in quite a lot of space with about 15 metres to go to the try line. However, in such a short distance Ioane was able to close the flanker down and bundle him into touch with the help of his captain Dalton Papalii. Had it been a back in the position of Gardiner, it is likely Ioane would not have been able to close him down. Nevertheless, it was still a truly epic tackle.

Ioane is widely seen as one of the fastest, if not the fastest, player in world rugby, and he needed to use every bit of his pace to make it to the corner and help the Blues record a historic victory.

“I don’t really have the words. For me it was quite emotional out there in those last 10 minutes,” Papalii said.

“The boys just dug deep and I couldn’t have asked any more of my lads in coming down here and doing the job.

“All week we said it was finals footy and the Crusaders had the platform for too many years. To come down here and get the win was truly special.”

The win meant the Blues now sit at the top of the Super Rugby Pacific table ahead of a clash with Fijian Drua next week.