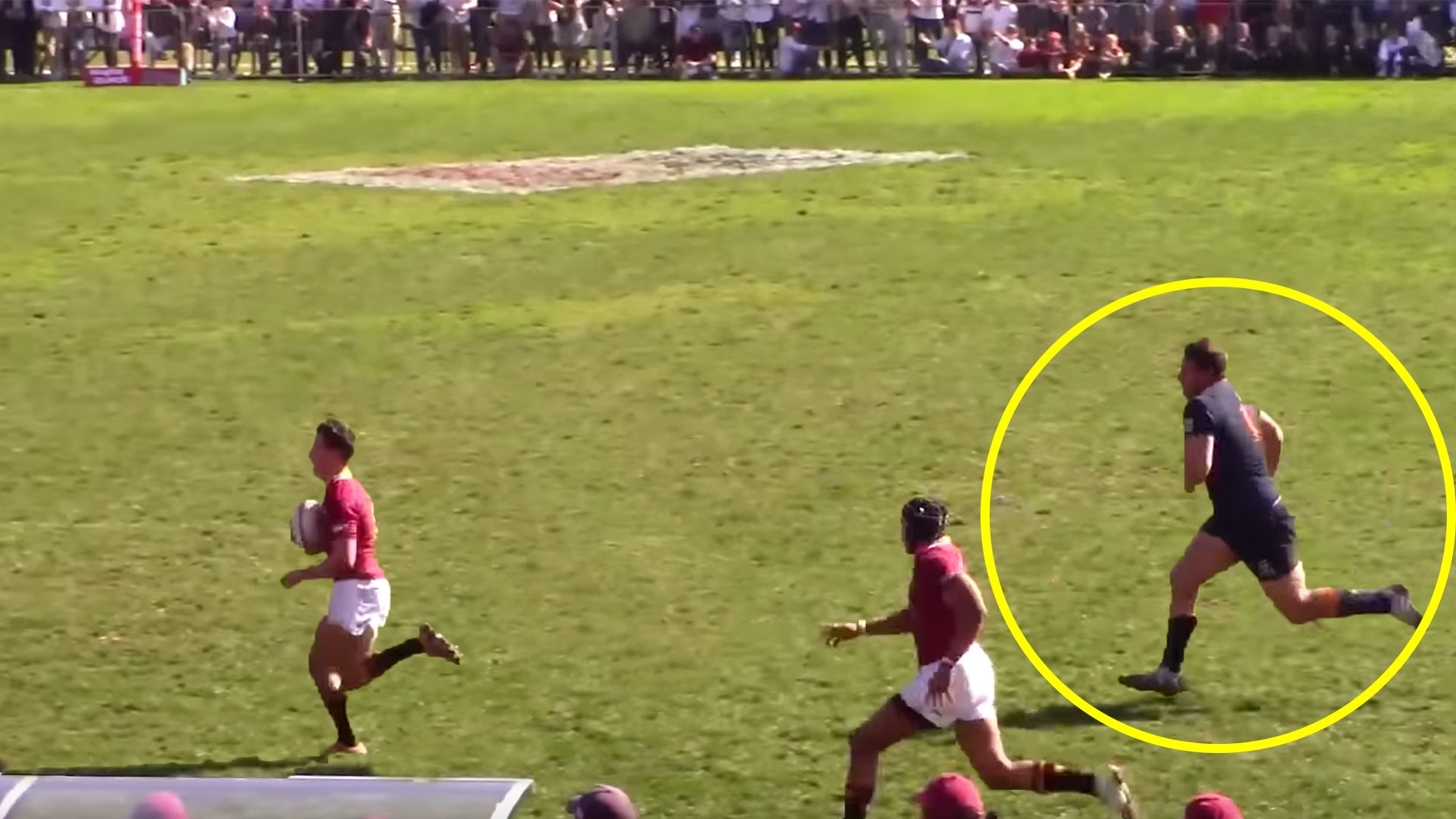 A young South African prop has shown some incredible speed to chase down a scrum-half who was well ahead of him.

This wouldn’t sound like massive news but when you watch the clip this is actually really quite impressive. The clip shows a game between Paul Roos Gymnasium and Grey College. Two of the strongest rugby teams in the World at schoolboy level.

Props are known for being quite slow and cumbersome.

Below is what a common prop will look like. In the clip, the 9 has a good 10 metre start on the prop who somehow manages to bound down and catch the smaller more nimble player.

Now if you don’t know a great deal about rugby then this wouldn’t be a big deal. But trust me, if you work in rugby then this is a BIG deal. Props are meant to be slow?!

A prop on average can weigh up to 100-140kg so speed is not always their strong point.

The prop comes from a school called Grey College, which is known at one of if not the best rugby school of all time.

It comes as no surprise to anyone that a Prop like this would come from a school like this, he is ab absolute UNIT.

Recognised as one of the most accomplished hookers in the world, Du Plessis has stepped out of John Smit’s shadow in fine style for both the Sharks and the Springboks. His strength and power make him one of the most respected tight forwards in the game, but his impressive ball skills also make him a threat at the breakdown.

Take a look at this short clip of the prop showing an incredible turn of pace to catch this winger, it truly is very impressive when we see this kind of explosive speed from a prop.