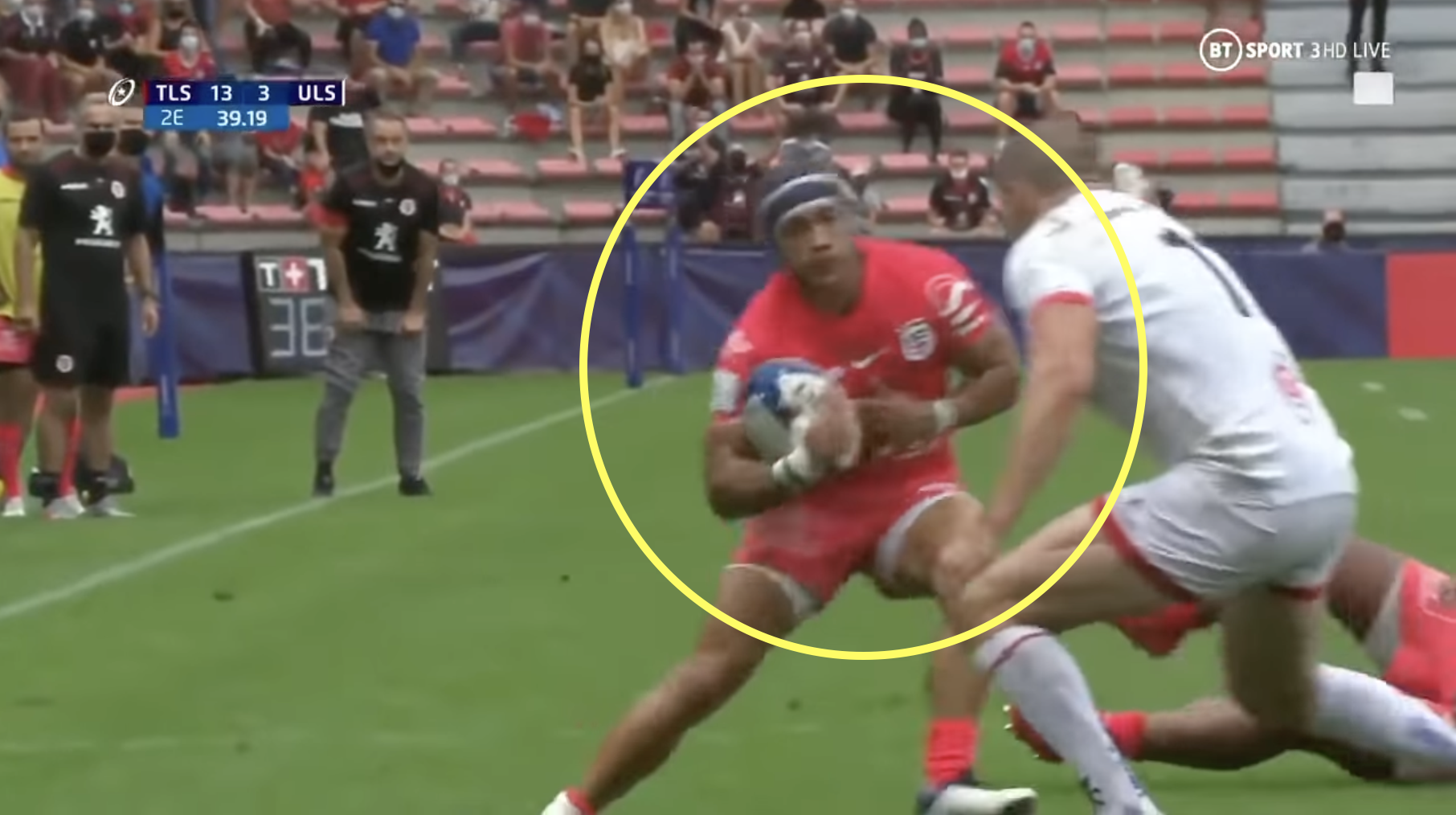 If anyone needed any evidence that Cheslin Kolbe is the best sidestepper in the game of rugby at the moment, the ultimate video may have been released to end the debate.

A video of the South African’s best sidesteps was recently shared by Andrew Forde, and it may not be pretty viewing for England or British & Irish Lions fans given the misery he has inflicted on them in recent years. That only goes to show that no matter what calibre the opposition is, the 28-year-old is truly lethal and able to unlock any defence.

Of all the situations that Kolbe finds himself in during a match, perhaps he is the most dangerous when the he is receiving the ball just by the right touchline. Even though he only has two options, run straight or step off his right, he is so often able to beat his opposite man. This must be hard for his opponent, as it seems so obvious as to what he is about to do but so difficult in stopping it.

It was that exact step which did England captain Owen Farrell in the Rugby World Cup final in 2019, but the Englishman is by no means the only player to be left clutching at air. After a seemingly quiet series against the Lions this year, he produced arguably the defining moment of the series with his individual effort in the third Test, where he also chucked in a hand-off on this occasion for good measure.

The rugby world missed Kolbe during the Autumn Nations Series, as he has been out of action for a while now with a knee injury. However, he is expected to soon make his return to playing with his new club Toulon after signing for them over the summer.