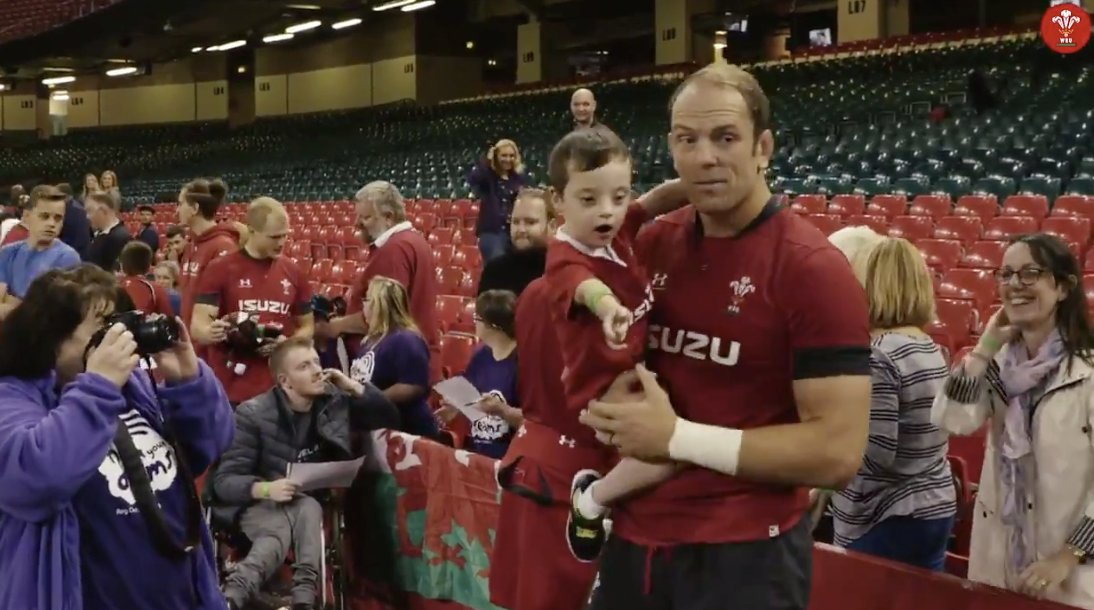 This is one of the most wholesome things that we’ve ever seen. Alun Wyn Jones is just a natural with children, we saw him do a similar thing with England’s mascot last weekend and it was great.

Alun will surely be on top form today for Wales on and off the pitch.

In other news: Wasps change coaches

Stuart Cain becomes Chief Executive (Venue) and is leading the venue management side of the business.

During a seven-year spell at Kingsholm, Vaughan led a long-term transformation which culminated in Gloucester Rugby achieving its first play-off finish for eight years last season.

Cain joined Wasps two years ago from the NEC Group where as Managing Director he led the commercialisation of internationally-renowned venues including the NEC, ICC, Genting Arena and Arena Birmingham.

Nick Eastwood steps in to a Deputy Chairman role as part of the changes.

The news comes as Wasps Group prepare to embark on the 2019/20 Gallagher Premiership season with their new Main Club Partner and mobile technology giant Vodafone as part of a major deal.

Eastwood said: “Stephen has an impressive track record of delivering results wherever he has been, so we are really excited to have him on board.

“He was the main architect of Gloucester’s recent success and he will be a great asset for us moving forward.

“Stephen’s role is focused away from the pitch but he will be supporting Dai Young where needed, as well as harnessing and forging new relationships with current and potential club partners.”

Vaughan, who held senior management positions with travel giant Thomas Cook including a leading role at London 2012, revealed his excitement at the challenge ahead.

He added: “The opportunity to come and work for such a household name in the rugby world was too good to turn down.

“Given the tradition of the Wasps brand and the first-class facilities that it has at Ricoh Arena, there is so much potential here and I can’t wait to get started on helping Wasps go from strength to strength.”

Cain added: “Wasps is much more than a rugby and netball club. Ricoh Arena is a leading conference, exhibition and concert venue in its own right. It makes absolute sense to focus on the two key drivers of future success – a winning, well-supported sports operation and a venue that brings people to the region seven days a week, day and night.”