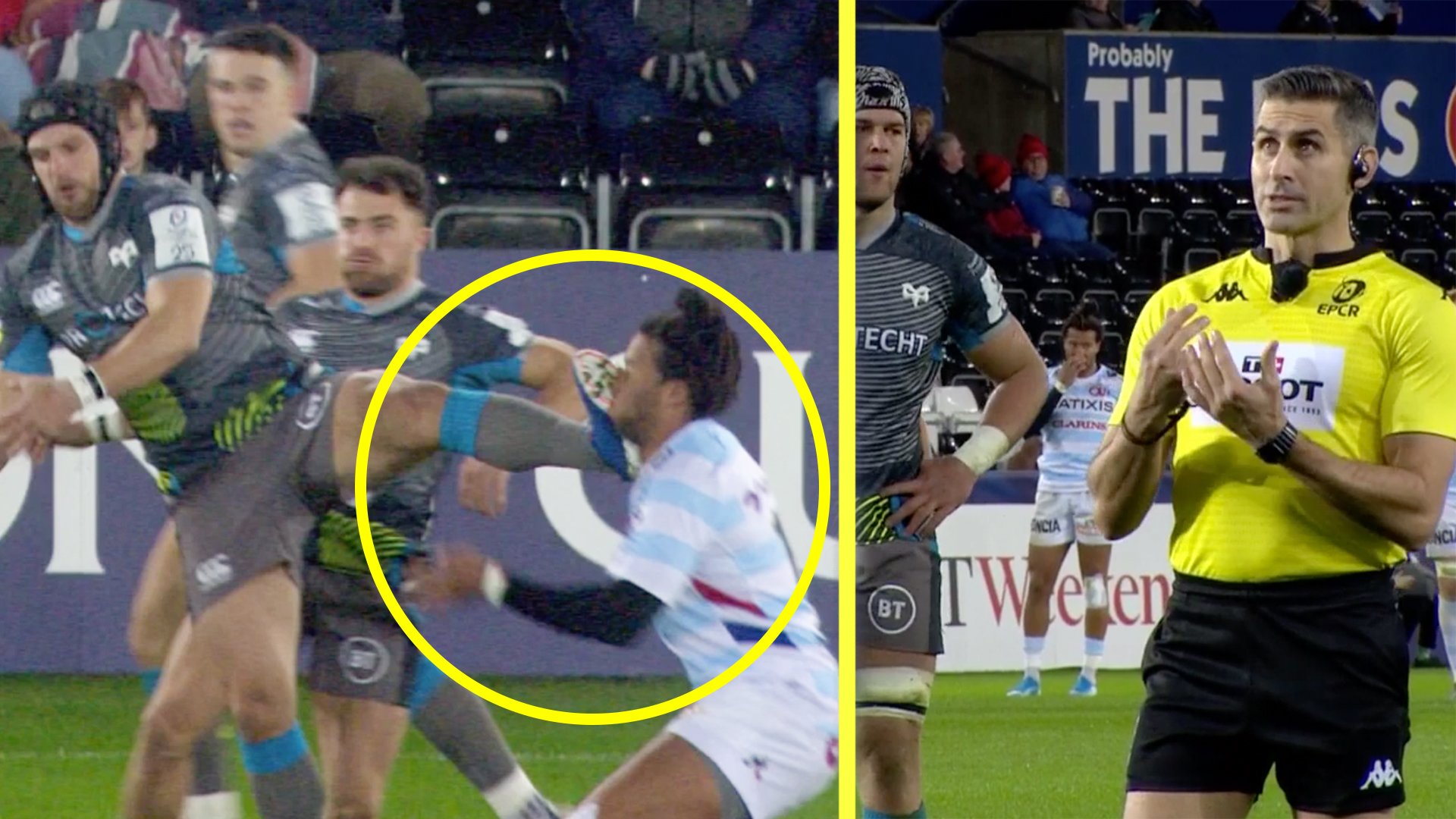 Ospreys offered no complaints after seeing full-back Dan Evans receive one of the quickest red cards in professional rugby union history. Within 37 seconds the player was sent off.

This was a truly bizarre red card situation.

Evans was sent off by referee Frank Murphy after just 37 seconds at the Liberty Stadium when his boot made contact with Racing 92 wing Teddy Thomas’ head as he claimed a high ball.

Ospreys also saw Wales backs Scott Williams and Aled Davies sin-binned during an opening half when they were briefly reduced to 12 men as Racing claimed a 40-19 Heineken Champions Cup success.

Is that the quickest red card in history for @ospreys Dan Evans with only 37 seconds on the clock. It looked a bit harsh from where I am sitting. What are your thoughts @thepaulwilliams @philsteele1

Asked about the Evans incident, Ospreys forwards coach Carl Hogg said: “I think it was unintentional. But I think nowadays any contact to the head, the player is going to be in trouble. Clearly, when you get as many red and yellow cards, discipline is an issue.”

Ospreys skipper Dan Lydiate added: “It was never intentional, but (by) the letter of the law, player safety is paramount.”

European title contenders Racing – beaten finalists in 2016 and 2018 – did not require a second invitation to capitalise as Thomas’ try double, a penalty try and touchdown for hooker Teddy Baubigny secured a bonus point before half-time.

Davies, wing Hanno Dirksen and prop Ma’afu Fia claimed tries for the battling Ospreys, with fly-half Marty McKenzie adding two conversions, as they held their opponents 12-12 after the break.

Here is a video of the kicking incident where he received a boot to the face.

It makes for a truly bizarre situation where he was red-carded in one of the smallest margins.

Here is the video of the kick to the face that warranted him being sent off. What do you think? Was it unlucky or a fair sending off?