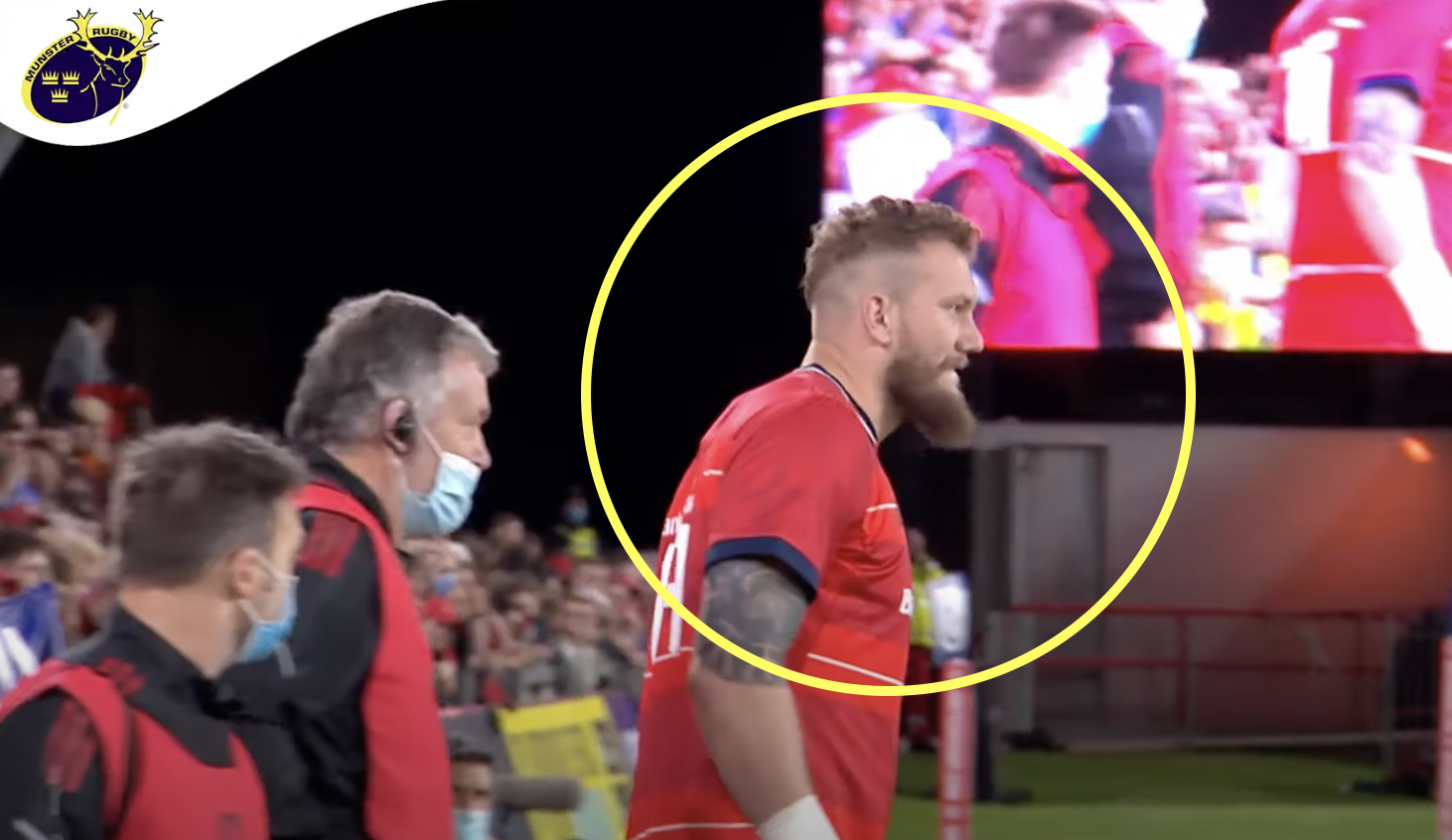 After over a year out of action, Munster lock RG Snyman received quite a reception at Thomond Park as he made his return to playing on Saturday.

The South African World Cup winner entered the fray in the final 15 minutes of the match against the Sharks in the opening round of the United Rugby Championship and received a raucous ovation from the home crowd.

Snyman was one of Munster’s landmark signings in 2020, arriving from Honda Heat in Japan. However, he ruptured his ACL only seven minutes into his debut against Leinster in August that year. He faced a race against time to make the Springboks’ series against the British & Irish Lions but suffered burns in a freak fire-pit accident in June alongside Munster and South Africa teammate Damian de Allende. He underwent skin graft surgery in July, which ruled him out of South Africa’s victorious series win over the Lions.

Though the Springboks’ second-row stocks run deep, they have still had their injury issues this year, as Lood de Jager has spent a brief spell on the sidelines and flanker/lock Pieter-Steph du Toit is out with a long term shoulder injury. Snyman only has 15 minutes of action under his belt so it may be a while before he is in a Boks shirt again, but this is still great news for Munster and South Africa fans.

Munster won the contest 42-17, earning maximum points, which leaves them in second place in the United Rugby Championship Irish pool behind Leinster, who beat the Bulls 31-3. Munster host the Stormers this Saturday before travelling to Wales to take on the Scarlets the week after. Snyman’s game time will obviously increase as the weeks pass, and though he made his debut last year, he will effectively be like a new signing for many Munster fans, and one that can have a major impact on their season.