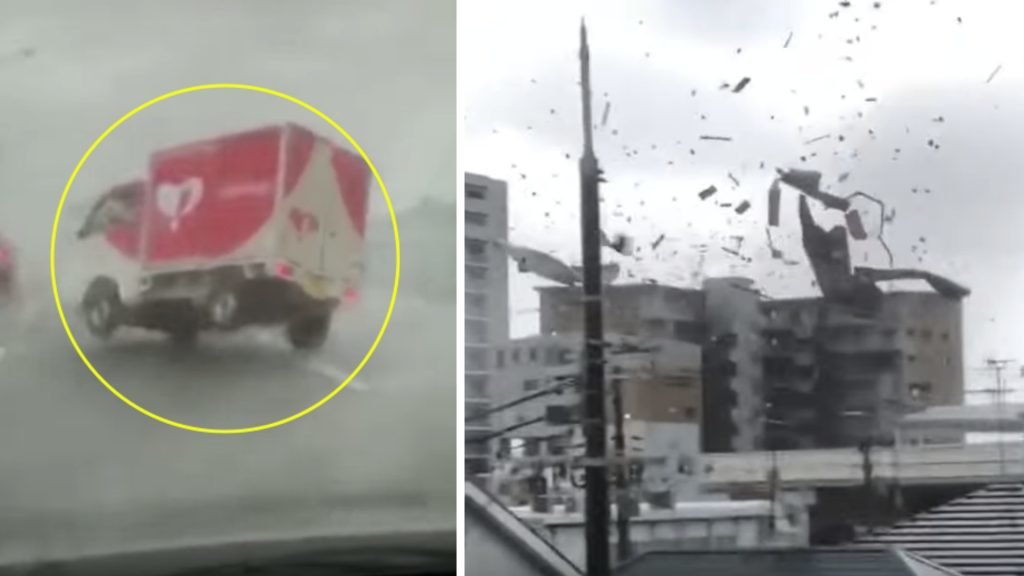 To all the fans complaining about the typhoon cancellations. This is how destructive a small one was in Japan last year

What a tumultuous time in Rugby it is. The integrity of the Rugby World Cup is at stake as England vs France, Italy vs New Zealand and potentially Scotland vs Japan could be cancelled. The typhoon is set to make landfall on Saturday and it’s going to be HUGE.

Based on the latest detailed information from the tournament’s independent weather experts, Hagibis is predicted to be the biggest typhoon of the 2019 season and is highly likely to cause considerable disruption in the Tokyo, Yokohama and City of Toyota areas throughout Saturday, including likely public transport shutdown or disruption.

The memes have already been coming thick and fast.

This meme from RugbyPass looks at how England will be happy with the typhoon as they get an extra break and top the World Cup pool.

As a result, World Rugby and the Japan Rugby 2019 Organising Committee have taken the difficult, but right decision to cancel matches in the affected areas on safety grounds. The impacted teams have been informed and are understanding. For matches that do not go ahead as scheduled, two points will be awarded to each team in line with tournament rules.

Many fans have been complaining about the cancellations of the matches.

Fans have ignored the logistical pressures of organising a World Cup match.

Do you think the 2019 World Cup is fair?
You have chose a country whitch has an average of 25 typhoon between July-October.
4 teams will play less than others due to cancelled games.
Reschedule the games OR cancel all.
Sack the dis-organising committee #RWC2019 @rugbyworldcup

It seems crazy that they can't reschedule rugby World Cup matches which are cancelled due to the typhoon. Why not play them the following night?

Didn't they know there would be typhoon in Japan this time of year? If so, why the heck did we risk @rugbyworldcup being there? Alternatively what effort had been made to reschedule the match venues?

A post emerged recently showing the devastating effect of a storm that is a THIRD smaller than the one that is set to descend on Japan this weekend.

Many fans have been rightly upset as players who hoped to bow out of the tournament on a high, are now left without that opportunity.

In the chaos of Typhoon Hagibis, spare a thought for Italy. Ghiraldini was set for a 20min farewell cameo against NZ in the final rugby match of his 15yr career. He spent months rehabbing and broke down in tears when news of cancellation broke in training. Sombre mood in Toyota.

If the devastation from one this small is this bad, then how can rugby fans really argue about the decision that World Rugby have made.

Just to be clear, the typhoon that is set to hit Japan this weekend is FOUR times bigger than this. Can you imagine the destruction that this will have on the nation, let alone the disruption?

In the video you will see below, lorries and cars overturned, buildings literally being torn apart. A typhoon is no joke and to suggest that a game can be rescheduled in just a day after this is ridiculous. It will be a job in itself just to clean up the mess.

Look at how bad this is, people could die!

This was the powerful typhoon that hit Osaka last year. It was 400 km in diameter.

To fans visiting Japan for #RWC2019 please adhere to all the warnings. https://t.co/KwoI5tmbcA