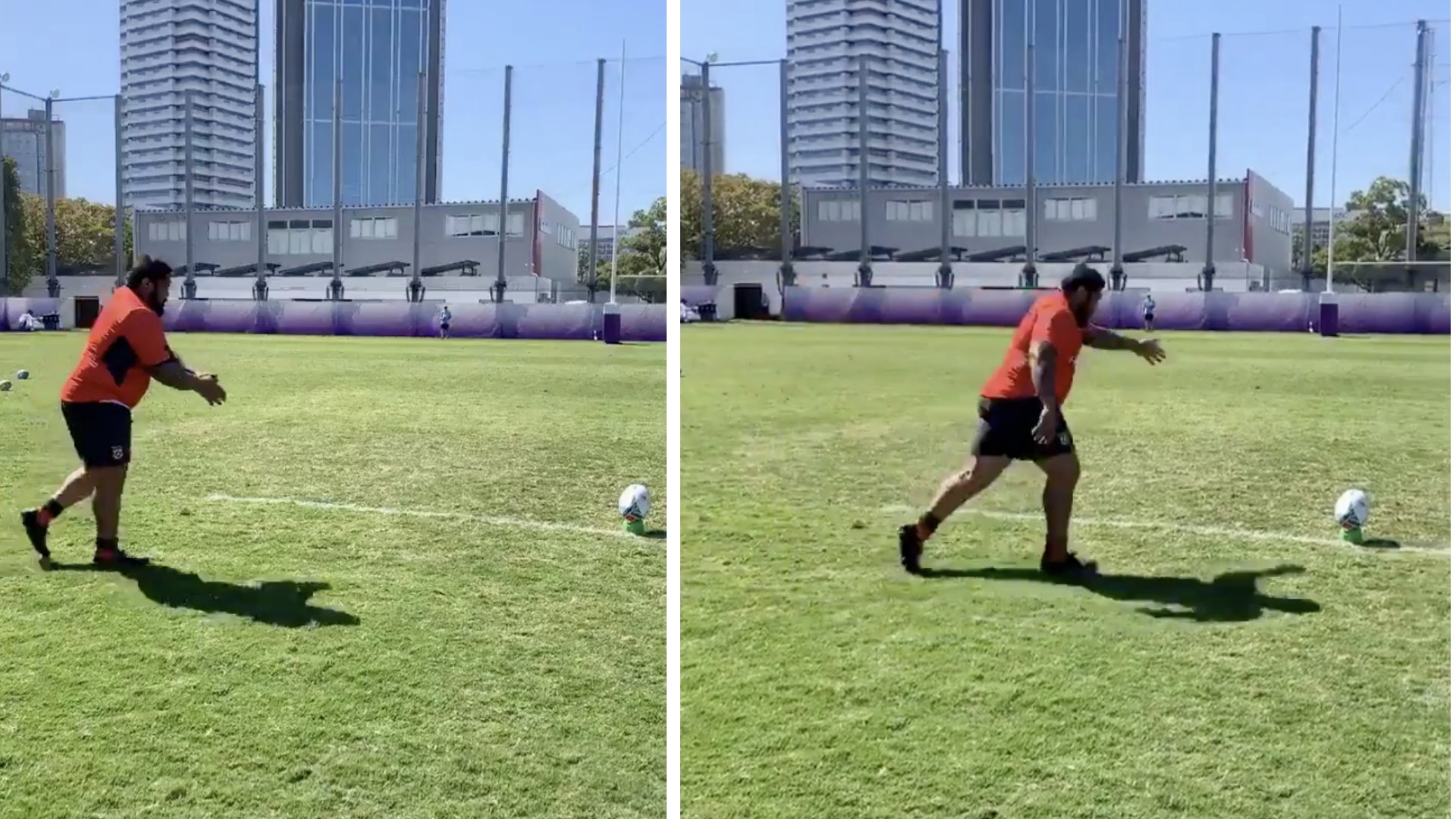 When thinking of 24 stone props, very few people associate them with the graceful art of kicking. But that is a grave mistake when it comes to Tongan tighthead Ben Tameifuna.

Much in the past have been made of Props and their distinct lack of athleticism in some cases. We’ve recently spoken at length about the size of Ben Temifuna who is one the biggest players to EVER have played in a World Cup. If you look at this kicking attempt here though, you wouldn’t think that man weighs 21 stone!

Tonga may be out of the competition but videos like this will certainly keep them on the radar for rugby fans out there.

This is after the Tonga rugby Twitter account sent a message to head coach Toutai Kefu with a video of Ben “The Boot” Tameifuna nailing a kick from 40 metres, whilst also telling current kicker Sonatane Takulua that he has a new rival in the team.

Just look at this kicking, very rare you see a prop this big do something like this.

Tell @tane0912 I got the goal kicking sorted this weekend. Sai ke tau know about it.

This is not the first time that the Racing 92 forward’s ability with the boot has been glorified on social media. His club teammate Simon Zebo has shared footage previously of the 28-year-old converting an even harder kick.

Imagine if he was to do this in matches regularly. Has there ever been a case of a prop regularly placekicking for their team at a match? Kicking as we all know is a craft in itself, so a prop doing it like this should certainly be respected.

With Tonga preparing for a crunch fixture against the USA this Sunday in Hanazono, this is no place to try out new kickers, but there is always the possibility. If Zinzan Brooke was once able to score a 40 metre drop-goal in the  Rugby World Cup, there is nothing to say Tameifuna cannot land a 50 metre penalty either.