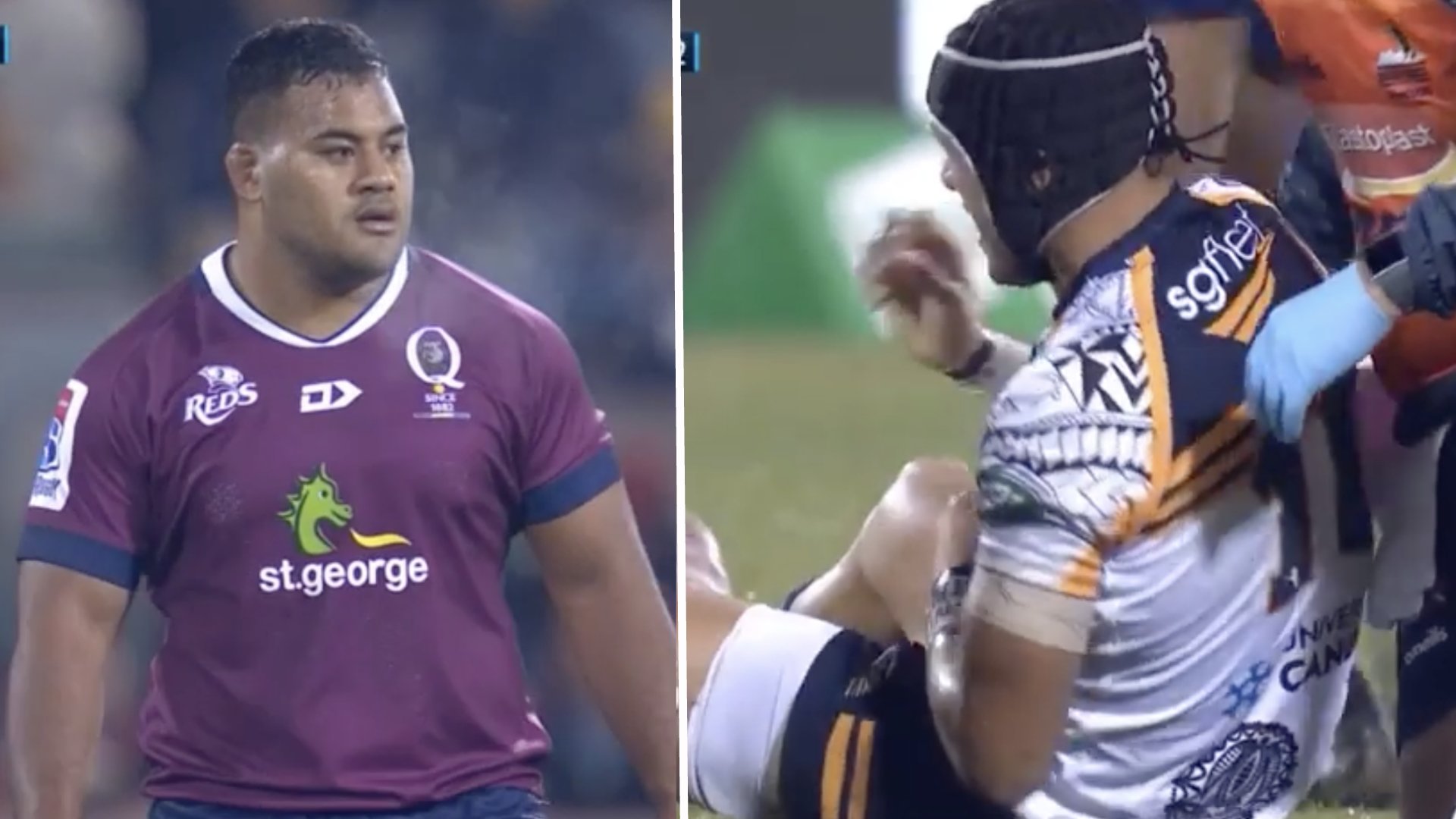 “Tongan Thor” sent off for massive hit on Christian Lealiifano

This was a truly massive hit, but we’re not entirely sure whether he deserved to be carded for this. In the match between the Brumbies and the Reds we saw this hit and on first inspection it appear the hit from Tupou, more commonly known as Tongan Thor was an illegal one. Tongan Thor has been mentioned in the past for positive sides to his play.

However it you look at the replay it does look like he is attempting to put his arms around, it’s just his collision is too big. Do you think Thor was guilty here?

In other news: England Under 20s team to face Ireland

England men U20s head coach Steve Bates has named his side to play Ireland on Monday at the World Rugby U20 Championship fifth-place semi-final (KO, 7.30pm BST) in Rosario, Argentina.

Bates has made two changes to the side that defeated Australia (56-33) in the final pool fixture.
Kai Owen is named at loosehead prop, while Alex Coles comes into the second row.

There is a positional switch also with Richard Capstick moving from lock into the back row with England’s backline unchanged for the fixture.

Centre Fraser Dingwall will again captain the side, while Ollie Hassell-Collins is named as a finisher, having been called into the squad as an injury replacement for Arron Reed (Sale Sharks).

Despite victories over Australia and Italy in their pool, England failed to progress into the top four of the competition, having lost their opening fixture to Ireland.

They will instead contest the fifth-place semi, with Wales and New Zealand the other semi-final fixture before finals day on Saturday 22 June.

Backrow forward Josh Basham (ankle) is ruled out of the remainder of the tournament and has returned home, while prop Alfie Petch is not available for selection due to concussion.

Steve Bates said: “We felt it was important to give the majority of the side that played against Australia another go as it was by far our best performance of the tournament. The challenge for our squad now is to back up that performance with one that is better.