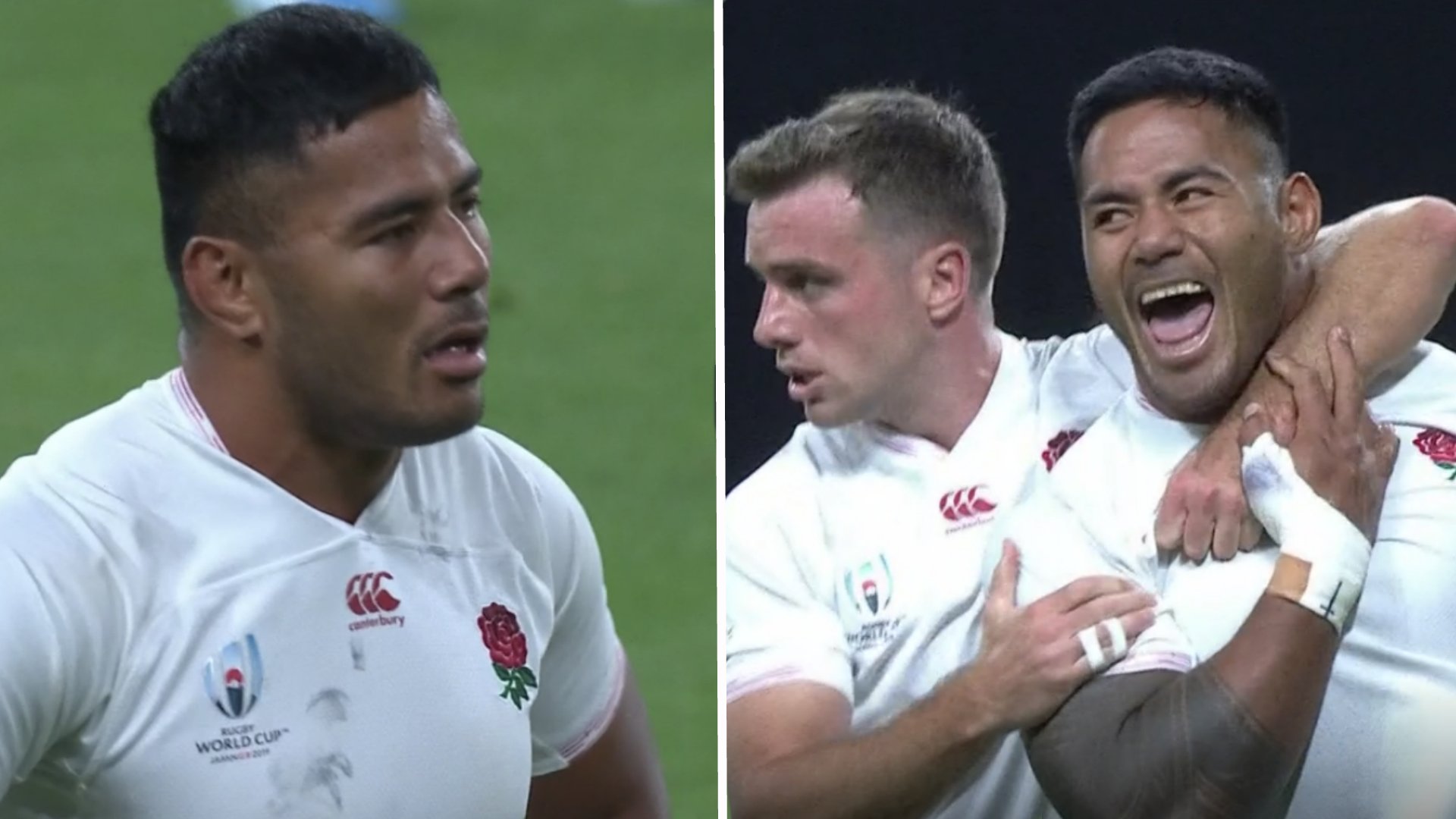 England are playing very well against a spirited Tonga team. Manu Tuilagi is having a brilliant game so far against his Pacific cousins.

Tonga looked very up for it it before the game started, with their Sipi Tau being intimidating to say the least…

Find out where you can watch live at https://t.co/z0BgdPH0sf pic.twitter.com/rQHysiCb59

The Samoan-born centre put in a MASSIVE hit and has scored two tries against the men in red.

Look at this hit from him first of all!

Tonga have struggled to deal with the talismanic England 13, and he scored two tries today against Tonga. Look at this first try here, pure power to get through, although we do think Ben Youngs offered a bit too much “help” here.

🏉 @EnglandRugby have their first try of the 2019 Rugby World Cup!

Tuilagi breaks through the Tongan defence and powers over in the corner 🙌#RWC2019 #ENGvTGA https://t.co/E7xKCFuvHj

The Springboks’ 23-13 defeat by New Zealand in their Rugby World Cup opener had not deflated the belief of Rassie Erasmus, director of rugby, that South Africa could win the trophy for a third time.

It is frequently pointed out that all tournament winners have been undefeated in pool play, but Erasmus said he had seen enough to be confident that his team could bounce back.

“Yes, I think we can fight back,” he said. “Even in this game we fought back.

“We were 17-3 down and I have seen South African teams take 50 points when they are that amount of points down.

“So to get back from 17-3 down to 17-13 at one point and then be in their 22 and close to scoring a try was good, before two great turnovers by New Zealand. So I think there were stages where we fought back really well.

“If you’re grouped with New Zealand in your pool, you have a good chance of not going through your pool undefeated and then you have to fight back and try to get to the final for the first time not being unbeaten. We have to go that route.”

Erasmus attributed his team’s defeat to New Zealand’s superior game management and a penalty count which stacked up to 11 to two against.

“They definitely deserved to win,” he said. “We conceded 11 penalties to two and you’re going to struggle to beat a quality side like New Zealand without the ball. Discipline was our biggest downfall; there’s nothing we can moan about – we just have to say well done to them.

“When they had that one opportunity to pounce in the first half they pounced and the scoreboard pressure we had was reversed, and we had to play a little bit more in our half. They put us back in our own half and we struggled to get out of their and that showed their experience.

“People forget that as well as New Zealand attack, they defend as well so I don’t think they unraveled our defence. They scored from our mistakes but they’re a team that knows how to ramp up the pressure the moment they are ahead on the scoreboard.

“They’re a world class team and we struggled to handle that so I think it was a combination of them putting the pressure on us and us not handling the pressure really well.

“They are definitely the favourite for the World Cup – they always have been, we have never had a doubt about that. We just feel that we are creeping a little bit closer in challenging them but they will have different challenges against different opponents.

“It’ll be interesting to see how they handle that. But I think I must stop commenting on them because we have a few things of our own to sort out.”

South Africa now play Namibia in Nagoya on Saturday in their second pool game and will need to win all three of their remaining pool games (they also play Italy and Canada) to be assured of a place in the quarter-finals.