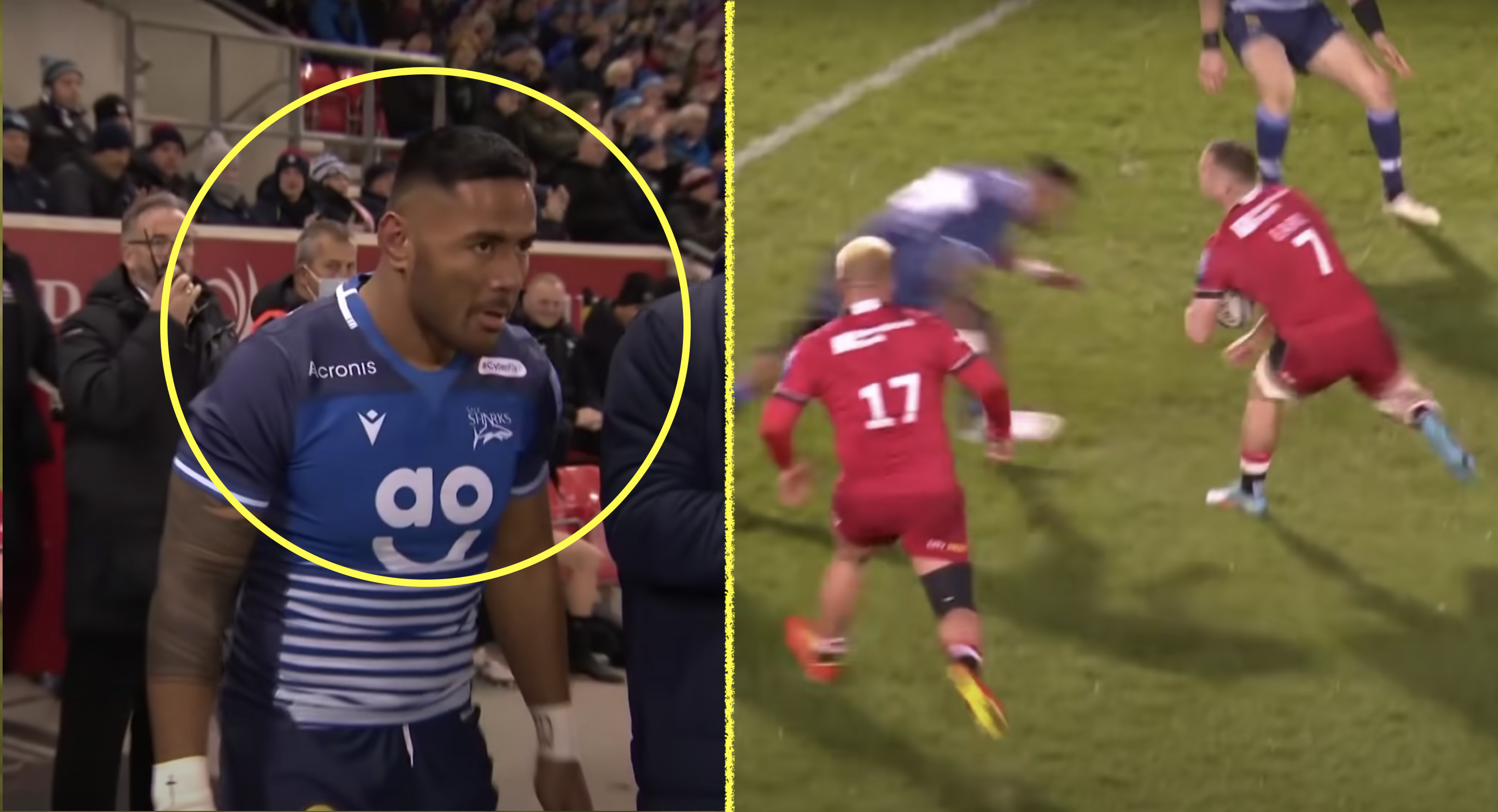 If two player of the match performances in a row by Saracens flanker Ben Earl was not enough to catch the attention of Eddie Jones, maybe what he did to one of the hardest tacklers in world rugby, Manu Tuilagi, on Friday night may have.

In what was the England centre’s first game back after his latest hamstring injury in the Six Nations, he clearly wanted to make an impact after coming on from the bench in the second half. He must have thought he had spotted the perfect opportunity when he saw Earl running down his channel, and he lined him up ready to smash the flanker in only a way Tuilagi can do.

He did all of that right, and even got a trademark huge hit in, but what happened after that was not in the script. Ben Earl flew back about two metres almost as if he were in a cartoon, but instead of going to the ground, the 24-year-old shrugged off the hit from the 110kg centre and carried on running.

Tuilagi certainly made his presence felt in the match though, producing a truly monumental hit on Billy Vunipola later in the match.

This was just one of the standout moments in what was an excellent performance by Earl, where he scored both tries in his side’s win at the AJ Bell. He has not been capped since England’s dismal 2021 Six Nations, where Jones axed a number of players after, but it is getting hard for the Australian to continue ignoring the Saracen.

“He’s on top of all parts of his game,” Saracens head coach Mark McCall said after the match about Earl. “He’s the top tackler in the Premiership this year. The quality of his tackling has improved but he’s a devastating attacker as well. He’s like having an extra back on the field.

“He did a lot of important things on the field for us today and he’s done it all season.”