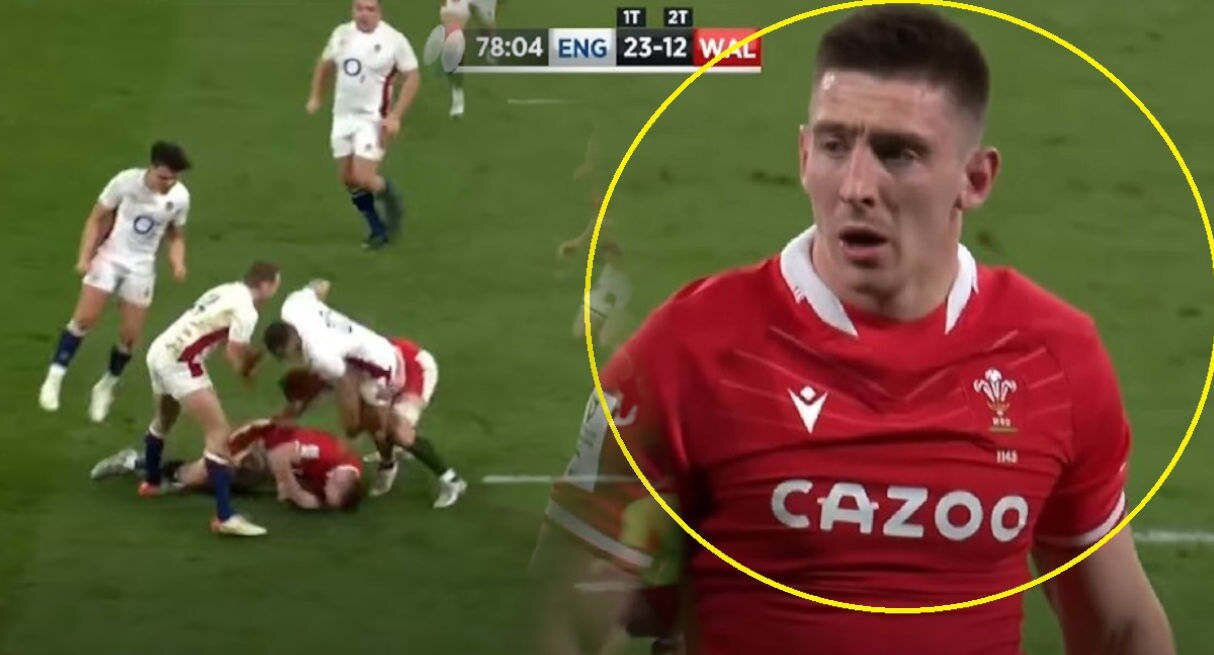 England centre Joe Marchant showed he’s a class act with his reaction to his heavy collision with Josh Adams.

Adams was clearly KO’d and went off for a HIA after the collision with Marchant, who was brought into the 23 following Manu Tuilagi’s latest injury.

It’s actually quite touching the see the moment, with Marchant reaching out and touching Adam’s outstretched hand before signaling to the AR to get him help.

In a similar vein, Progressive Rugby have penned an open letter of the concussion of Tomas Francis, who returned despite being clearly out on his feet 19 minutes into the game.

“We write regarding an incident that occurred at 19mins 46secs of the Six Nations International between England and Wales at Twickenham on Saturday, 26th February, 2022.

“After England pressure their second row Charlie Ewels carries the ball into contact near the Welsh line. As a result, two Welsh players – Owen Watkins and Tomas Francis are left prone on the field.

“Watkins receives a clear and obvious injury with blood flowing from a cut to his head and is correctly removed for a head injury assessment (HIA) which he subsequently passes.

“Francis attempts to stand and falls back and struggled to get to his feet. He is seen holding his head. He is then seen using the post for support. He displays clear signs of ataxia and of being dazed. He is seen by a physio/medic – it is not clear which because they all insist on tabards wearing Medic.

“Francis displayed clear symptoms/indications under (Criteria 1 see below) of the World Rugby Head Injury Assessment protocol that necessitate the immediate and permanent removal from play. No HIA was needed.”

“While, after a delay, Francis was removed from the field he was, incorrectly, allowed to undergo an HIA assessment and returned to the field, playing until the 56th minute, at which time he was permanently replaced by Leon Brown.

“Rugby is concerned that the events demonstrate that individual who have incurred brain injury have continue to be permitted to play which will place them at likelihood of risk. We consider the above incident demonstrates a clear and flagrant breach of HIA protocol that potentially puts both the short-term and long-term health of an elite athlete at risk.

“In addition, we still await the outcome of investigations into the failure to remove Jack Nowell from the field during the game against Italy (13th Feb) and behaviour of the England medical team at the culmination of the Italy v England U20 game (11th Feb).

“It is our major concern that the public has observed that in Rugby Union individuals have incurred brain injury and been permitted to continue to play.

“Until satisfactory explanations are provided, we remain unable to accept World Rugby’s assertion that player welfare is the game’s number one priority.”

It was signed off by Professors John Fairclough and Bill Ribbans.