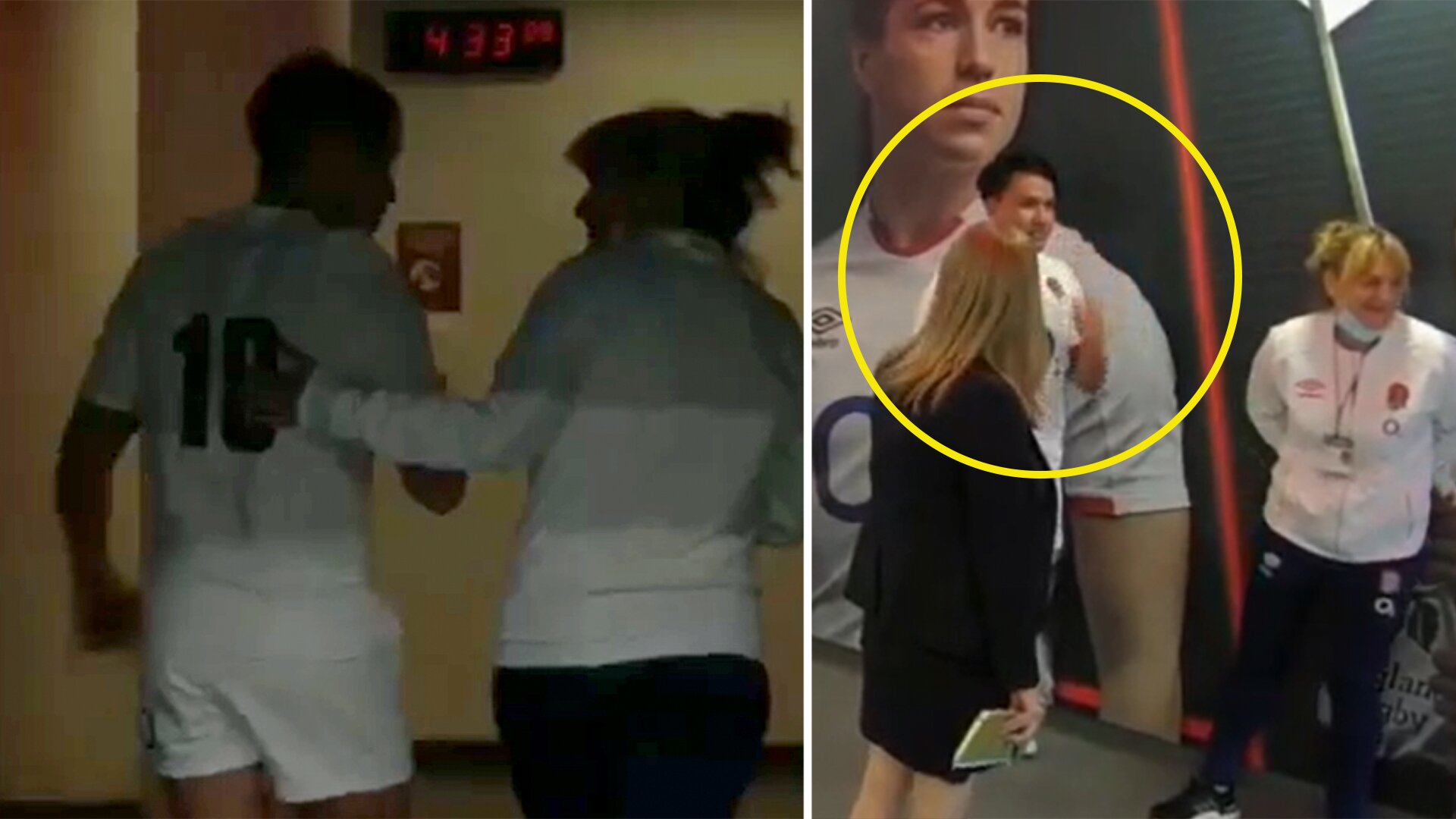 It’s been an incredible year for Marcus Smith winning the Premiership with Harlequins a couple of weeks ago before starring for England in the summer tests.

His year just took another turn as it was announced today that he is going to be called up by the British and Irish Lions.

He was playing for England against Canada in the second half of today’s clash at Twickenham when the news trickled in – he had no idea.

As the 22-year-old was taken off after another sublime performance he was taken away into the tunnel of England HQ and told the news that any rugby player dreams of.

The producers at Channel 4 cut to the cameras to show the moment that Marcus Smith was told the incredible news.

Twickenham & England in general on fire at the moment. A wonderful moment as team mates congratulate Marcus Smith. pic.twitter.com/m9Fg62LNS2

What an incredible moment as these pictures show Smith being told the news.

The England team manager noticed that the camera was on and the live feed quickly cut back to the action on the field.

What an amazing moment for the young man!