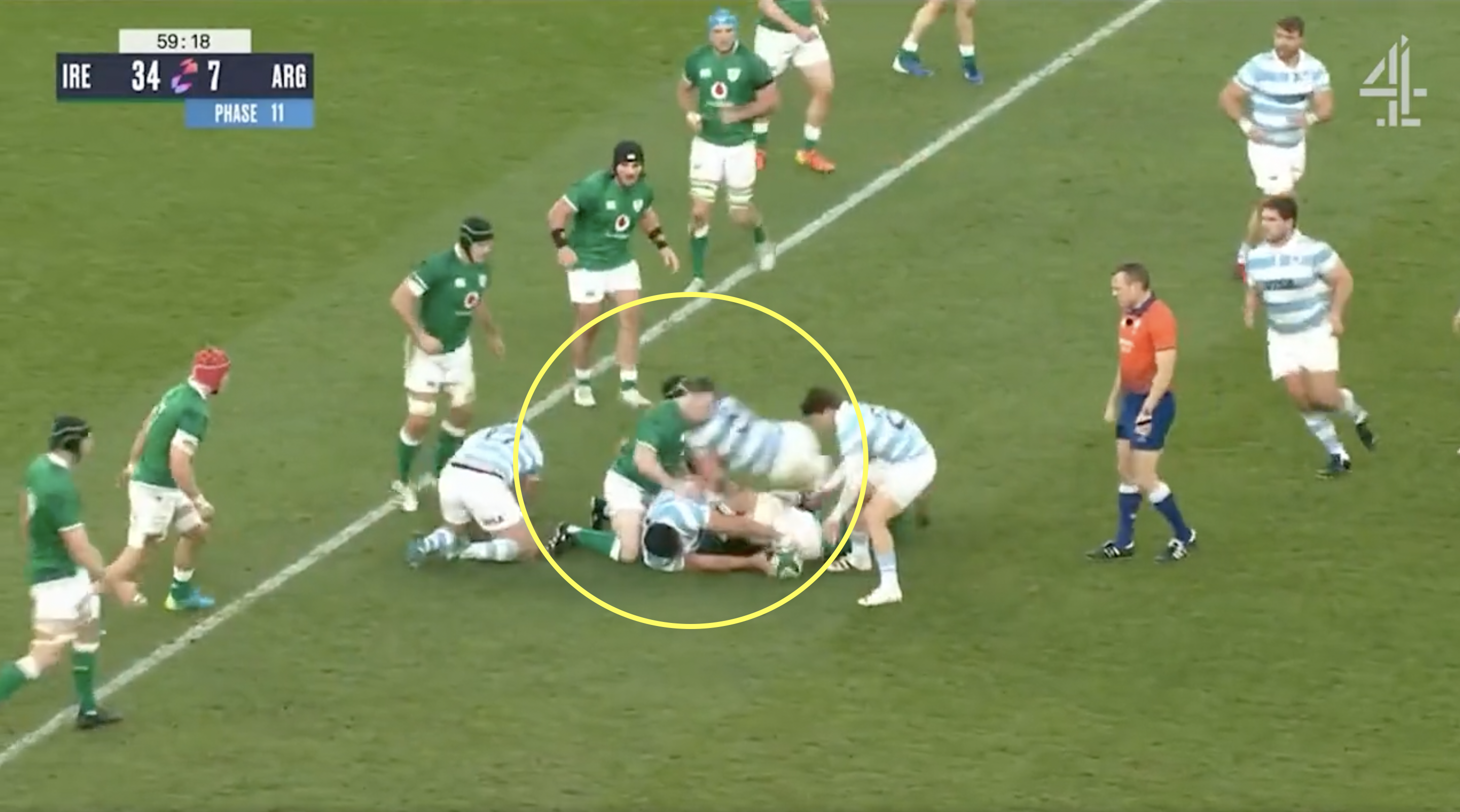 Twitter has been flooded by thousands of angry fans across the world complaining about the red card shown to Argentina’s Tomas Lavanini against Ireland on Sunday.

The lock was cruelly dismissed by referee Matthew Carley in the second half at the Aviva Stadium for gently tapping his shoulder to the head of Cian Healy. Ireland went on to win the contest 53-7, but many outraged fans have since called for justice for the 28-year-old after the “soft” red card, as he has variously been described as a “saint,” “a pioneer of rugby safety” and “the cleanest player the game has ever seen.”

Concerning the fact that the red card saw him reclaim the position of being the most carded player in Test rugby history, and also saw him become the first player in Test history to receive three red cards, fans have said that they were all mistakes and that players usually hurl their own heads onto his shoulders.

Of course, this is what Twitter would like in a parallel universe. In our universe, it was another despicable act from the lock that much of the rugby world has grown used to.

Where to begin with this red card? First, Lavanini is diving straight off his feet to clear out Healy, and could even have been done for coming in at the side of the ruck. Healy was not only on his knees and not competing for the ball, but the ball was at the back of the ruck and was about to be passed. Oh, and he flew in with a shoulder straight to the head of Healy. If there was a checklist of all the reasons why a player could get penalised, the referee’s pen would have run out of ink ticking all the reasons off following this act of wanton violence.