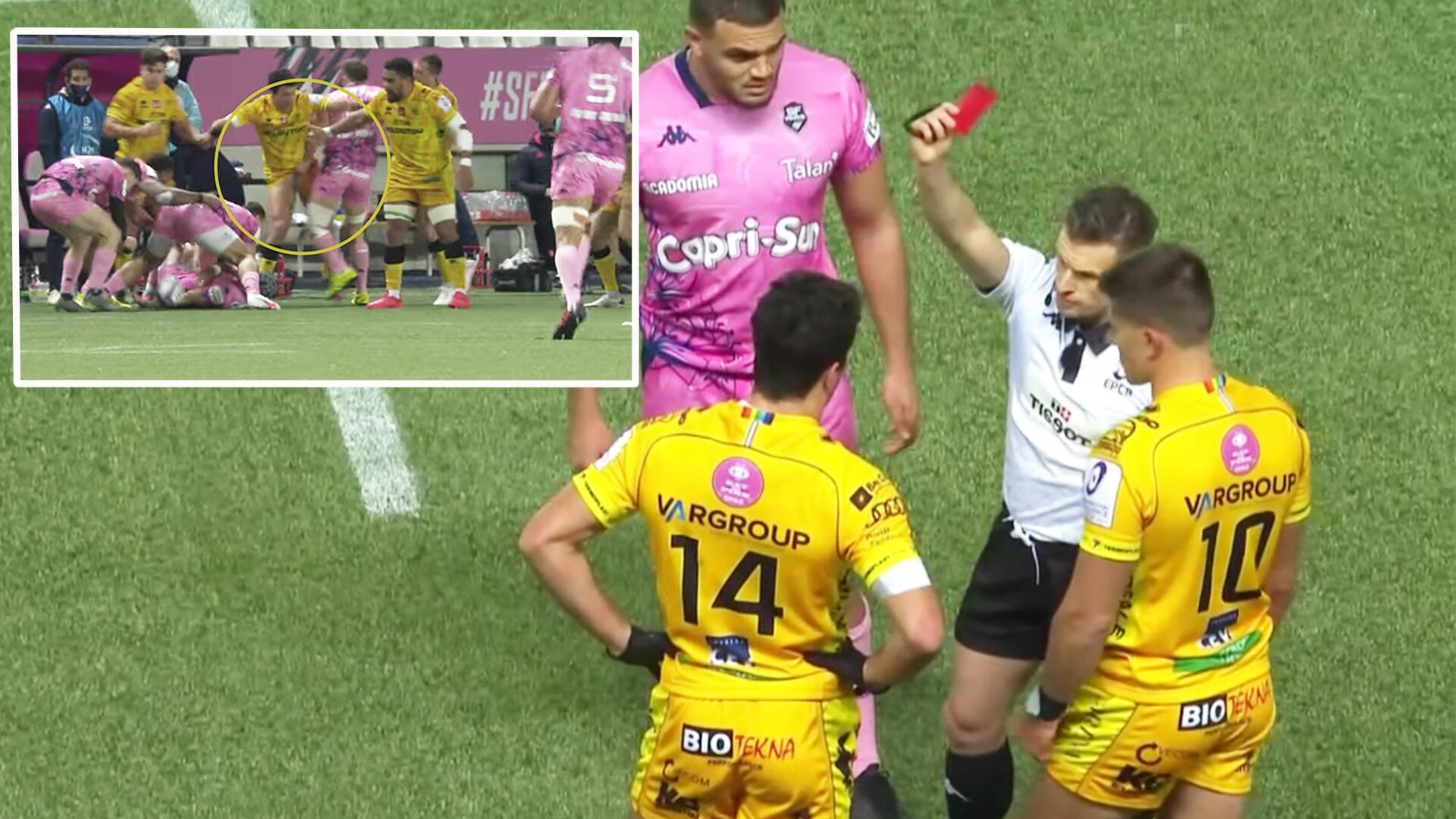 There were bizarre scenes in last night’s Challenge Cup clash between Stade Francais and Benetton with this bizarre ball grabbing incident.

The scores stood at 8 – 25 to the visitors when this crazy moment occurred.

Benetton had been in impressive form up to this point as they raced to an early lead in the first half.

This isn’t the first time this year that testicle grabbing has made headlines with a high profile incident taking place back in March with Joe Marler reaching for the crown jewels of Alun wyn Jones in their Six Nations tie.

That moment caused huge controversy and judging by the reaction to last nights incident on social media, this moment will no doubt have a similar backlash.

Here were some of the tweets about the bizarre testicle grabbing incident last night.

🚨Both teams have a man sent off with an apparent testicle grab 😳. 🏐🏐

Sounds like there was some ball handling between Stade Francais and Benetton. pic.twitter.com/9pxiE3jxrC

The incident as of yet has appeared to go under the radar of most major news outlets – you can even hear the commentator on French television laughing at the testicle grab.

Watch the bizarre moment in the video below.

The incident caused two red cards after the Stade player grabbed the testicles of the Benetton player. You can see as he reaches for his crotch during a ruck leading to cries of dismay from the player.

He then reacts by slamming his elbow into the neck of the Stade player to get him to release his manhood from his tight grip.

A lot of credit should go to the referee who didn’t shy away from red carding both players as he dealt with the situation very well.

In other similar stories

As of yet there has been no further action taken by Challenge Cup officials for the incident.

There was huge debate earlier in the year surrounding the issue of genitalia grabbing in rugby with a definite rift between fans as to whether it was acceptable to happen in today’s game or not.

Many viewers condemned it as unacceptable with some going as far as to deem it sexual assault whereas many fans saw it as a piece of harmless fun that happens regularly in rugby matches.

In the Six Nations clash earlier this year, Alun wyn Jones, did not see the funny side of the high profile groping incident with Joe Marler – in a press conference after the match he stated that he hoped that World Rugby would deal with the serious incident accordingly.

What do you think about last night in the Challeneg Cup? Was it a harmless moment or overstepping the mark?