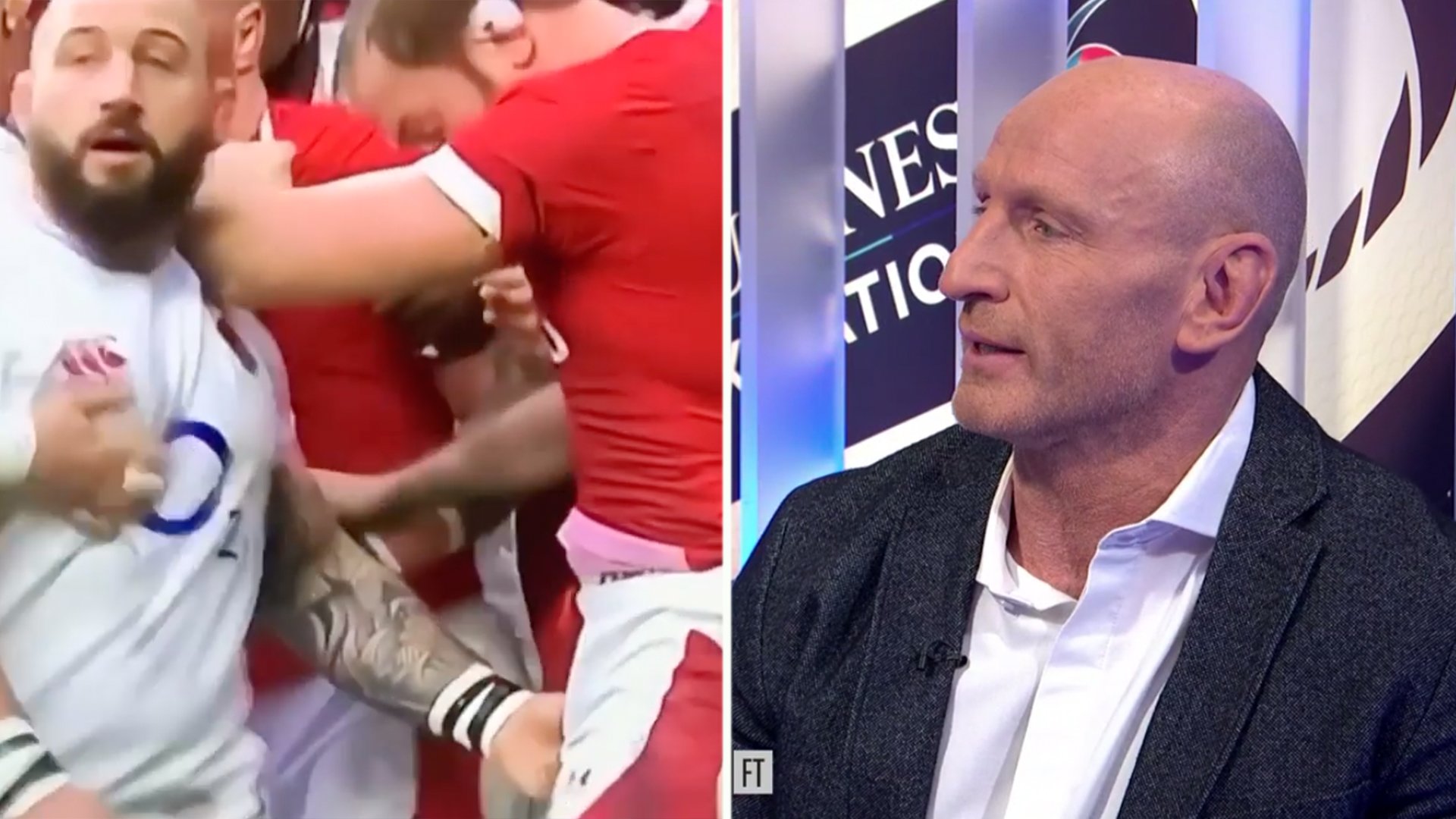 The Welshman was on the punditry team for ITV in the Six Nations match between England and Wales.

His response to Joe Marler’s grope on Alun Wyn Jones has gone viral online and it’s a brilliant little clip.

Thomas who came out as gay in 2009, is believed to be the first person in British sport to go public about living with HIV. The 45-year-old was a pundit during the Rugby World Cup.Thomas played his 100th and last Test for Wales in their infamous loss to Fiji in 2007 which saw the team crash out of the tournament at the pool stages. Thomas will be out in Japan, doing punditry, and surely will be hoping Wales will achieve World Cup success.

This clip is fantastic and it’s brilliant to watch!

Wales’ wing George North’s massive carry to the line six minutes into the game saw a build-up of bodies and things – somewhat inevitably – boiled over.

Marler, known for his on-field mischief, took it to the next level with an attempted bit of sleight of hand with Welsh captain Alun Wyn Jones.

He competed in this year’s Welsh Ironman which is one of the most gruelling endurance events in sport. The triathlon takes place in Tenby, Pembrokeshire, and it is labelled as one of the toughest races in the world with swimming, biking and running all involved in the triathlon. Joe Marler and his grope was hilarious.