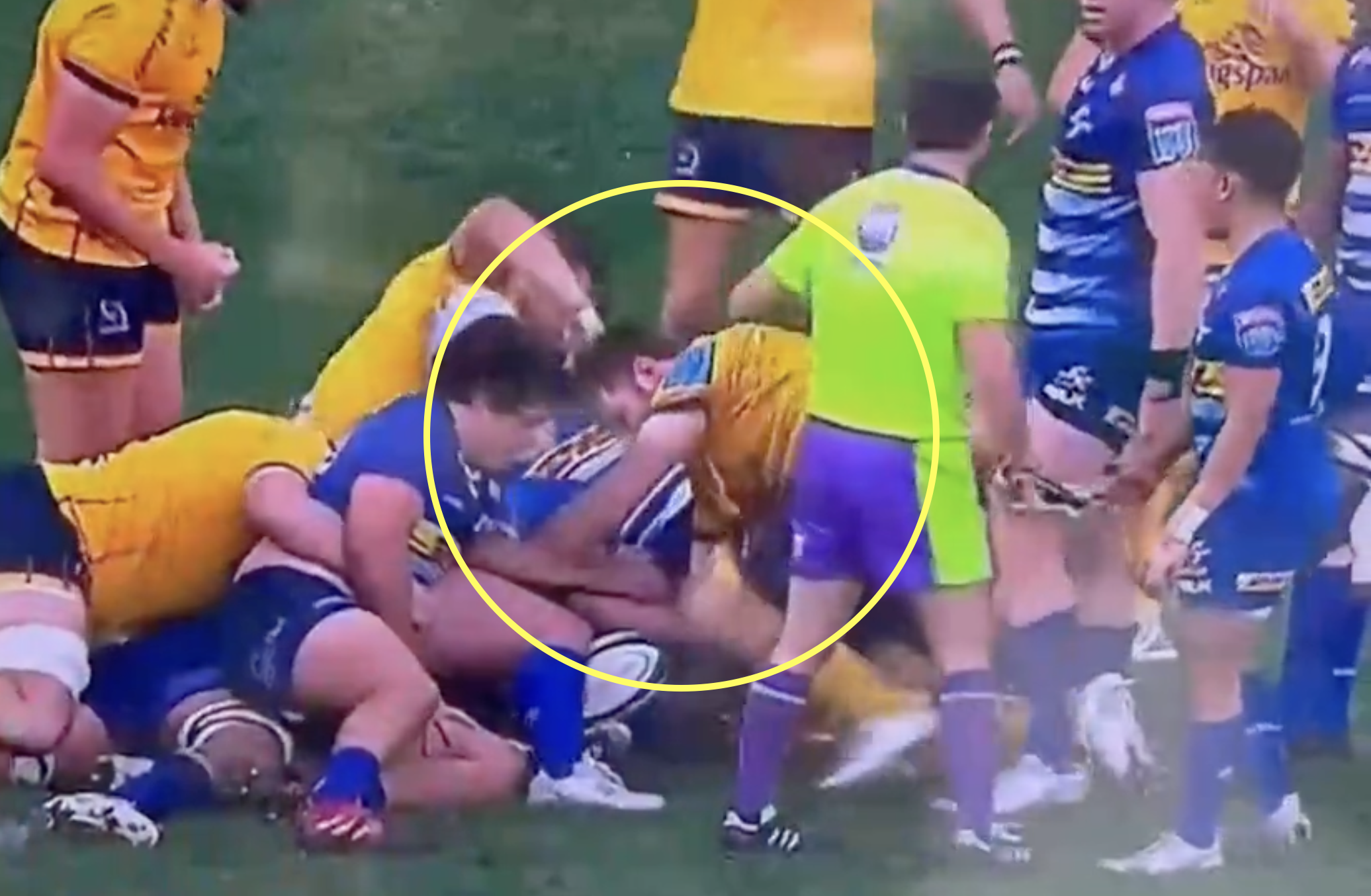 There are some calls in rugby that will live on and be remembered forever. The famous ’99 call’ in the 1974 British & Irish Lions tour to South Africa is one, and it looks as though another has been added to the list courtesy of Ulster captain Iain Henderson.

Such was the lock’s determination to not concede a try against the Stormers on Saturday in the United Rugby Championship semi final that he went to some extraordinarily disgusting lengths.

The moment came as the Stormers had a driving maul near Ulster’s line in the second half. The maul had gone to ground and the Stormers were trying to get the ball back, but between the ball and the players was Henderson. Ordinarily that would not be too much of a problem. However, the 68-cap Irishman shamelessly resorted to exposing his backside. His shorts were down, his under shorts were down, and Henderson’s full moon was staring straight at the Stormers players, with No8 Evan Roos looking visibly nervous and confused at the back of the ruck as he assessed his options and tried to work out if there was a way he could get hold of the ball without having to make contact with Henderson.

The 30-year-old may be on to something here as there do not seem to be any World Rugby laws prohibiting the tactic of stripping down to prevent the opposition from scoring a try. Everyone watching the match, and the entire rugby world, must be grateful that referee Mike Adamson chose to blow his whistle soon after, as no one knows the lengths Henderson was willing to go to in order to prevent a try had play gone on any longer. We suspect it could have been a career changing moment.

Despite Henderson’s tactics, Ulster still lost the match, with the Stormers scoring a try at the death to snatch a 17-15 win. The Ulsterman did manage to remain clothed for the remainder of the match though.