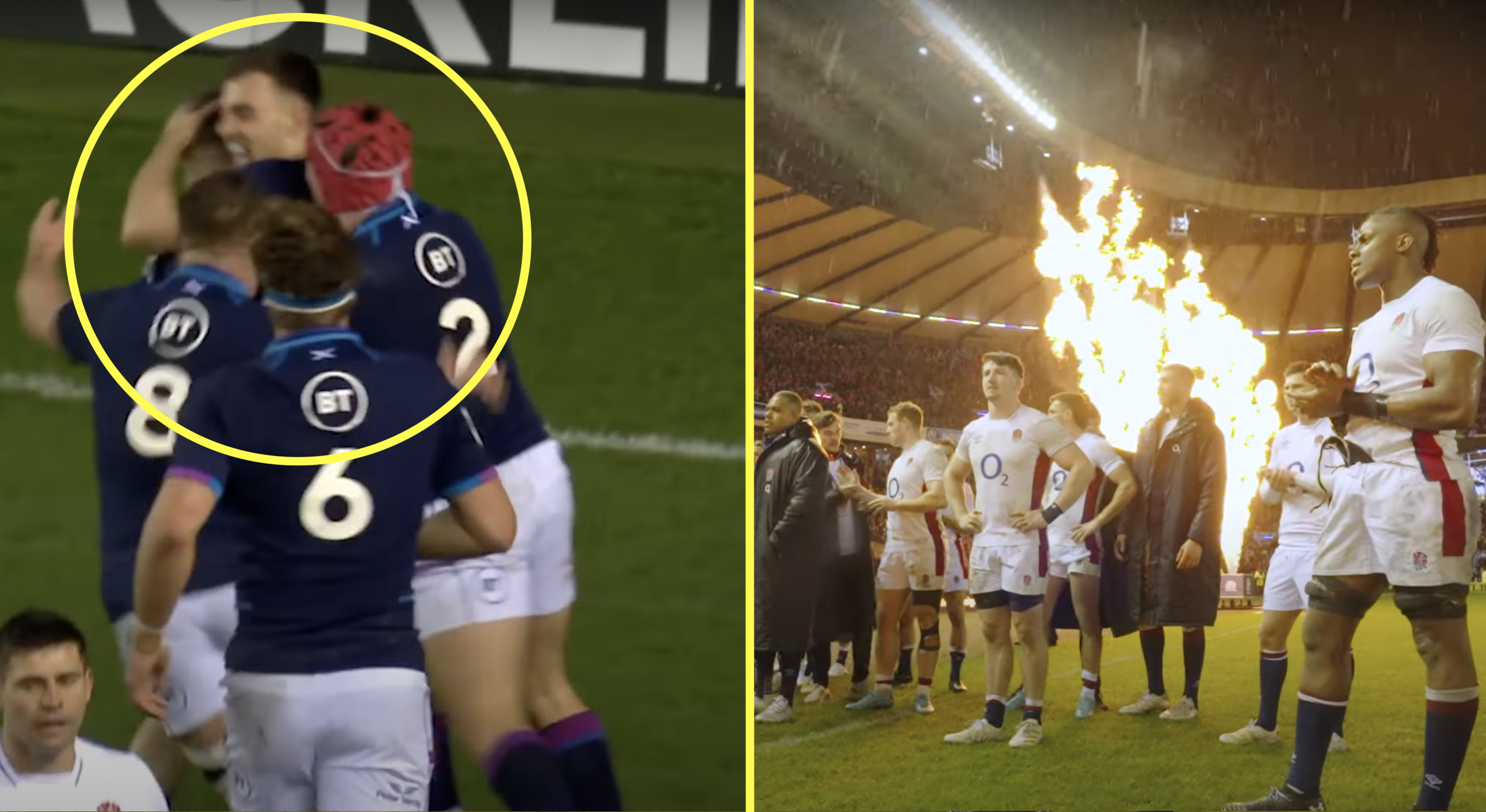 Scotland have been widely praised for the first try they scored against England on Saturday in the opening round of the Six Nations at Murrayfield.

The quick lineout, changing the direction of attack with an ’11 Play’, Stuart Hogg’s pass, Darcy Graham’s line and step, and the support line from Ben White made this all a spectacular try. However, it never should have stood.

England shared a clip of the try in their latest episode of Inside Line- The Next Level this week, which shows a new angle to their quick lineout. As England only had one man in the line, Scotland were more allowed to do it, but rugby law 18.6 states “The ball must reach the five-metre line before it is played and a player must not prevent the ball from travelling five metres.”

Take a look and see for yourself:

Eddie Jones has already been critical of referee Ben O’Keefe in an oblique way given the way the final minutes of the match were officiated, where Jones clearly feels England should have been awarded a scrum penalty. He has not commented on this incident, but this will only make him feel more hard done by.

England will hope to bounce back this Sunday when they take on Italy in Rome.