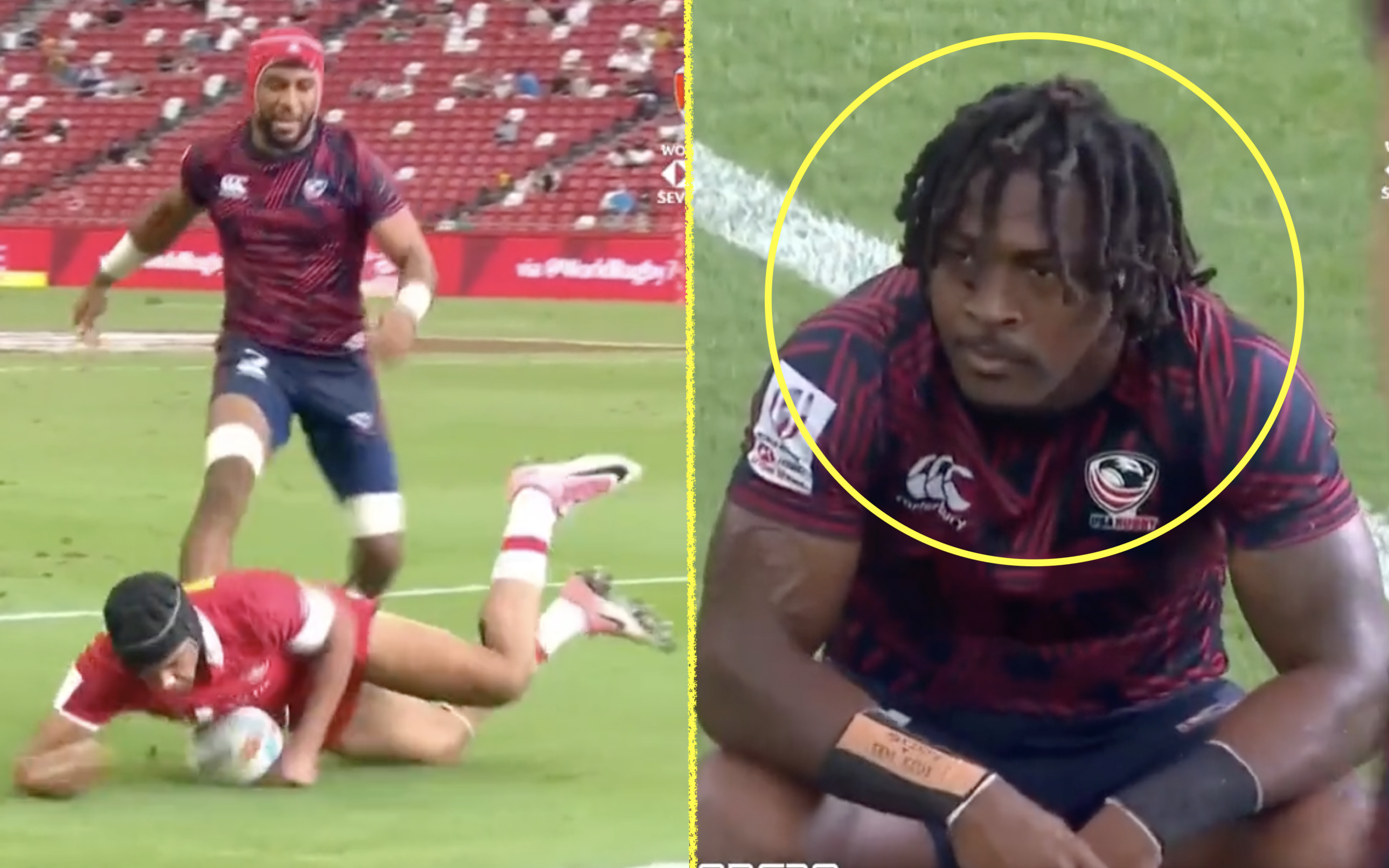 It’s official- the biggest, weirdest and most unlikely blunder in the long history of rugby has been made, and it happened in Singapore of all places.

It took place at the Singapore Sevens today, in a match between rivals USA and Canada. It came as the USA were just about to cruise to a 33-7 win. With the USA in possession in their own 22, Kevon Williams just had to kick the ball out, which he attempted to do. To be extra safe, he even ran backwards and went to kick the ball over his dead ball line to end the game. However, he forgot to account for those pesky posts.

Despite only being a few inches wide and minuscule compared to the entire expanse of the pitch, Williams managed to somehow hit the posts. The ball bounced over the line and allowed Anton Ngongo to score the try.

In the context of the game, this did not have a bearing on the scoreline, as the USA still won, but it was a massive blunder nevertheless. Williams had already played his part with two tries in the match, but this must have been embarrassing. But he saw the funny side, Tweeting after the match “All that field and I had to hit the post,” and “I think I have the most embarrassing moment in USA Rugby history.”

All that field and I had to hit the post.

I think I have the most embarrassing moment in @USARugby history.