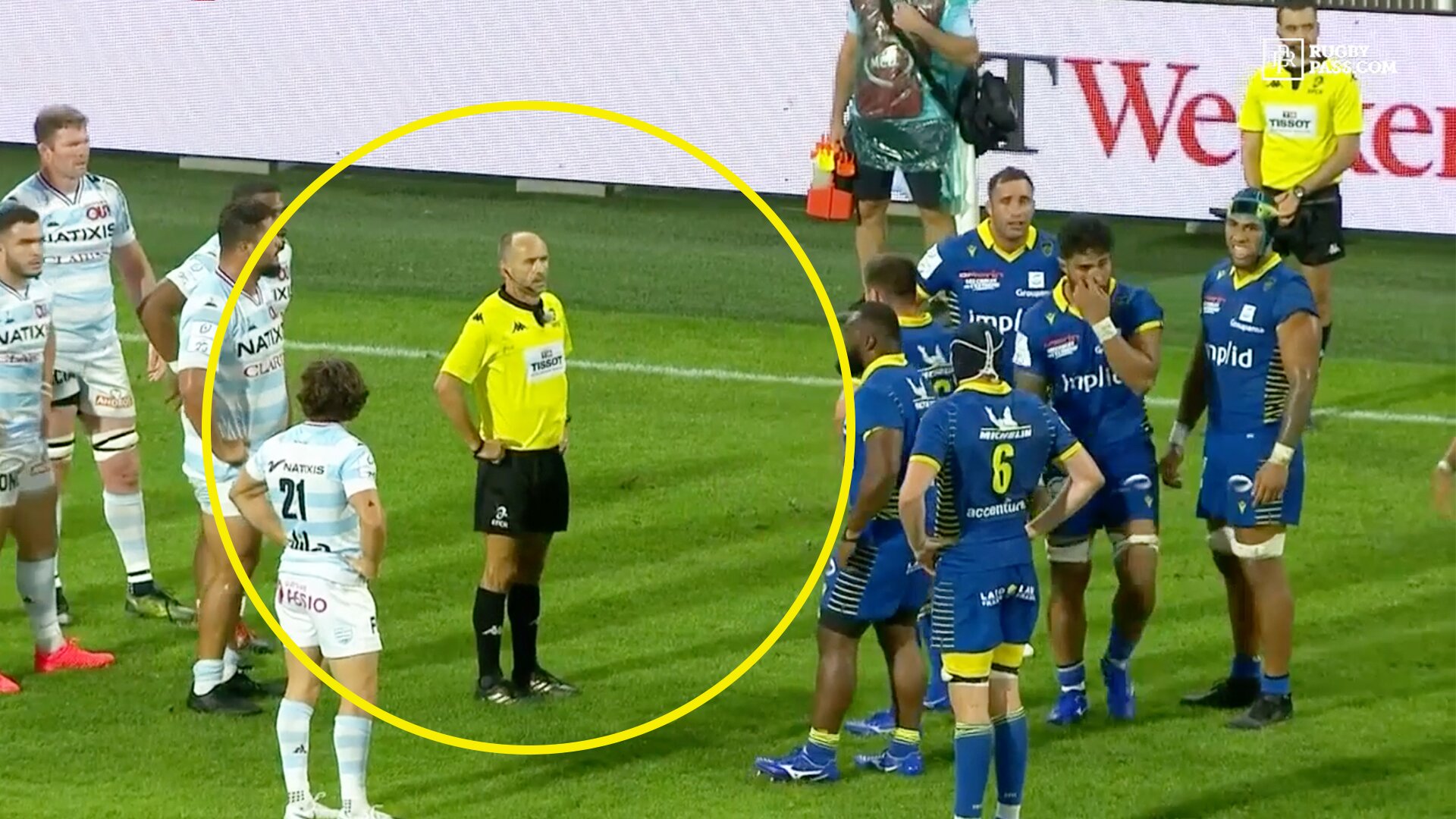 Fans were seriously concerned for the health of French referee Romain Poite and the rest of the players involved in the match between Racing 92 and Clermont this evening after the referee coughed continually throughout the encounter.

This was particularly worrying in the light of today’s news that Castres and Leicester’s Euro tie had been defaulted due to a number of positive Covid 19 results from the French side.

Fans took to social media in their masses to comment on the constant and at times violent cough that the referee was exhibiting throughout the quarter-final clash.

@btsportrugby Does Roman Poite have coronavirus? He’s done an awful lot of coughing in this game

Should Roman Poite still be out there?! This constant coughing is a bit ominous.

Romain Poite was sniffling and coughing throughout the encounter and of course, as a referee, he had to at times speak directly to players. Of course, this is all speculation and this could just be a common cold but take a look at a couple of the moments from the clash and judge it for yourself.

Roman Poite has been coughing violently like this all throughout tonight’s Champions Cup game. Really worrying pic.twitter.com/M1E6yNDqVL

I swear it’s getting worse 😳 pic.twitter.com/JWAeiyG7rq

Fans from all corners of the rugby community seemed concerned for Poite. Ex-players also chimed in to react to the worrying scenes.

Thinking that the whole of the @racing92 match day squad will have to go into isolation after Romain Poite has been constantly coughing all game! So could next weeks @ChampionsCup semi final with @Saracens be in jeopardy?!

I know he would have got tested before the game, but Roman Poite continually coughing on the Ref Mic is not a good look for BT Sport or Rugby. Sounds awful #Rugby #ChampionsCup

It’s going to be a nervous wait as we find out the results of this weeks COVID 19 testing following on from this.

What do you think? Should Romain Poite have been taken off the field? Let u know what you think