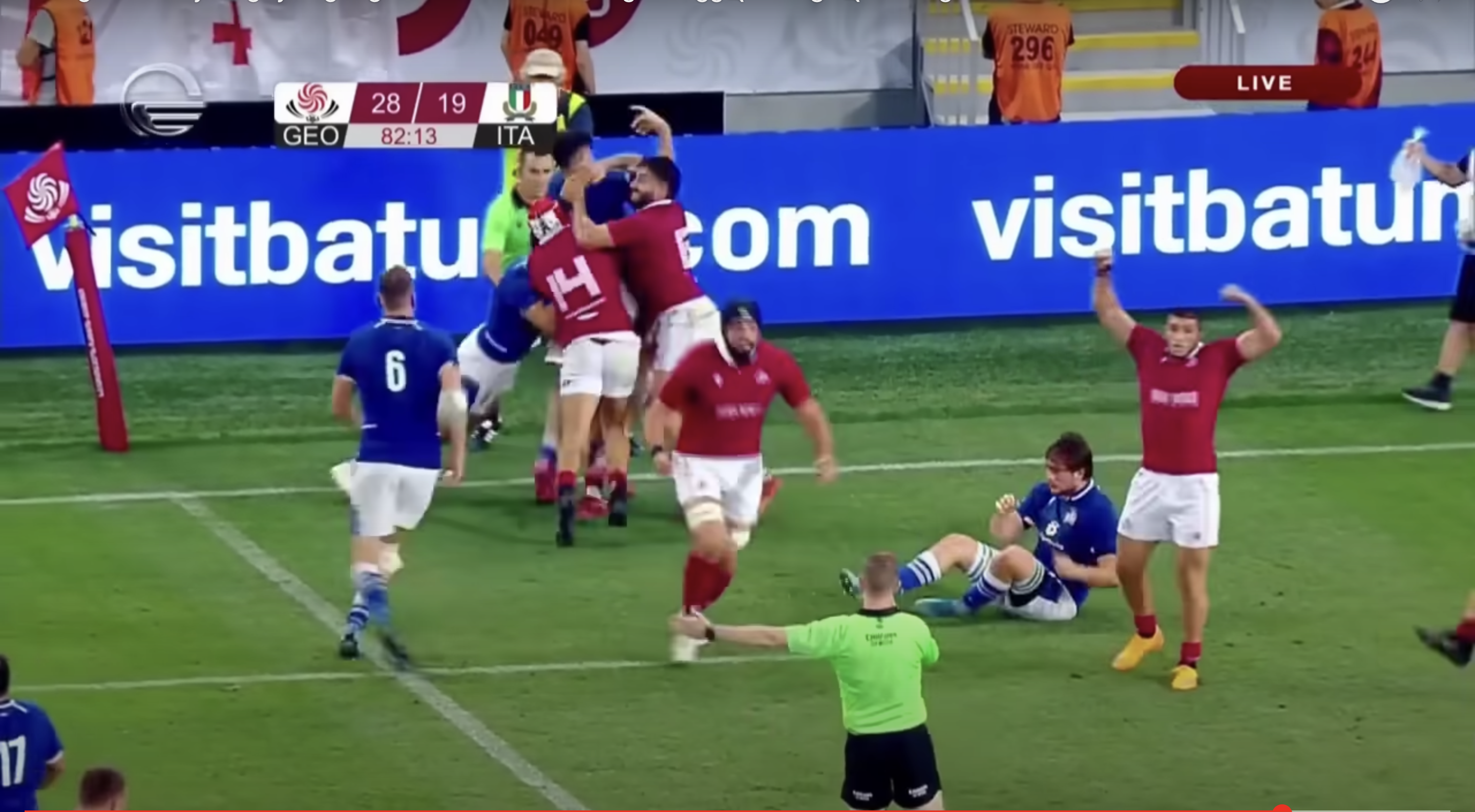 Viral Georgian commentary for their win over Italy is priceless

History was made yesterday when Georgia gained their first ever victory over a tier one nation, beating Italy 28-19 in Batumi, and the commentary is suitably memorable as well.

Plenty of videos have been shared online of the reaction in the commentary box to Georgia’s win, with one epic clip coming in the first half, alongside what is an equally epic try.

It came in the 35th minute when Georgia were scoring their third try of the match courtesy of fly-half Tedo Abzhandadze, who was dotting down for the second time that afternoon. But it was his teammate Davit Niniashvili who did all the spade work from fullback, producing a scintillating run that sent the commentators into delirium. With every metre the No15 gained, the commentators grow in volume and energy to the point where they were just shouting Niniashvili’s name.

By the time the ball had made its way out to Abzhandadze, all that could be heard by viewers were just raspy screams. But it is hard to blame the commentators given what an occasion it was.