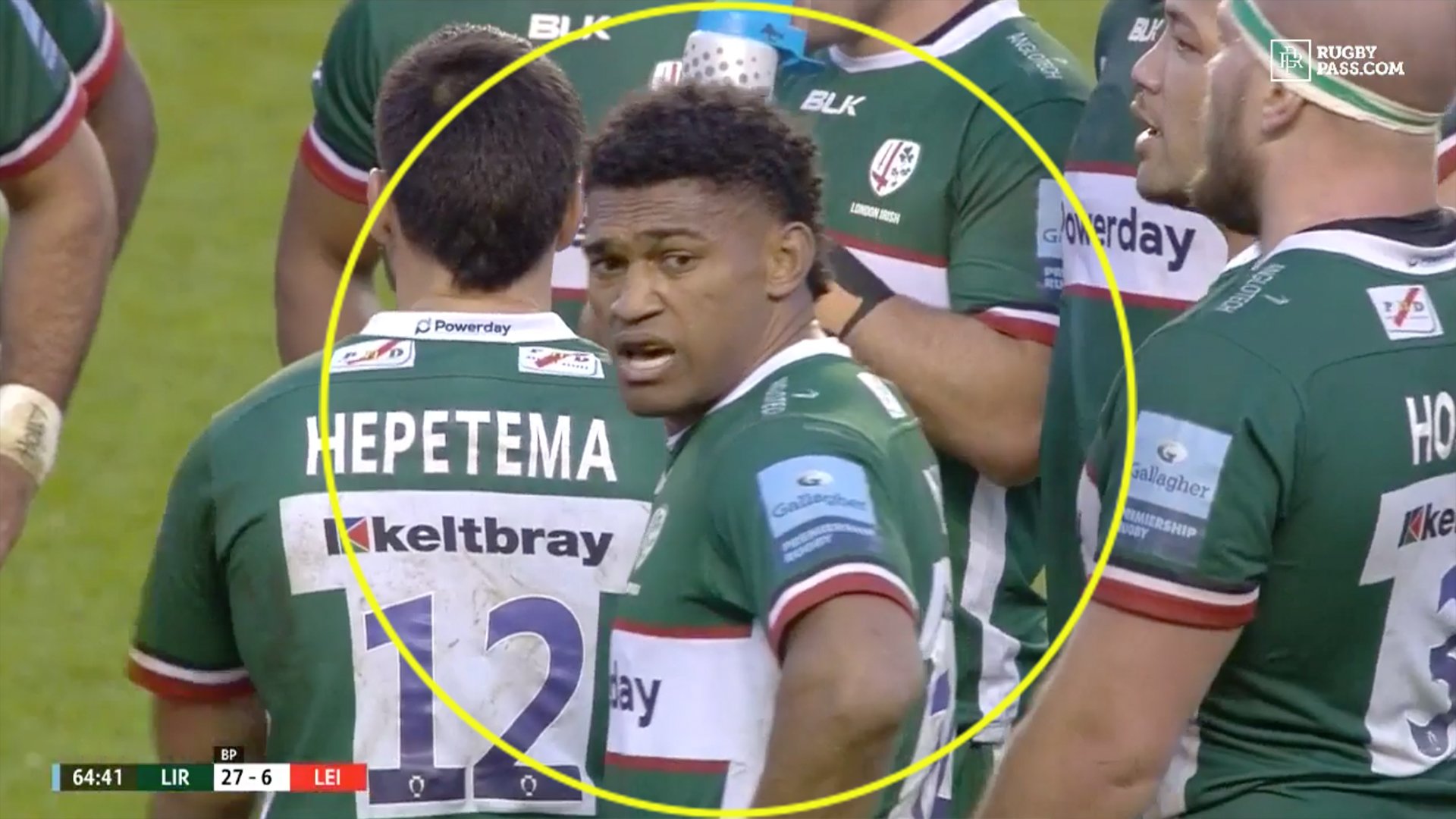 The former Highlanders wingers scored a try on his right-winger after gathering a brilliant cross kick from his 10 Stephen Myler. It was a classic Naholo try where he used his dominating pace to outrun his opposite number.

Naholo has lift off!!!

Try for the big Kiwi!

The London-based club has gone on a spending spree since earning promotion to next year’s English Premiership, having snapped up Wallabies Sekope Kepu, Nick Phipps and Curtis Rona.

Naholo left New Zealand at the end of this year, having so far scored 16 tries in a 26-Test career.

The 28-year-old’s speed and power has also made him a potent attacking force at Super Rugby level, having scored 41 tries in 58 appearances for the Highlanders since 2015.

Fijian-born Naholo made his All Blacks debut that year, playing in two pool matches at the World Cup after overcoming a serious leg injury to earn a selection.

Look at the speed he used here to get this try on the wing.

London Irish did very well to sign this man!

Teams will now be on red alert for Naholo and the potential danger that he has on the wing. Opposite winger Ben Loader also had a very impressive game for the men in green scoring a try of his own in the 11 shirt.

We will show you two versions of the try.

This crossfield kick by Nick Phipps 😍

Sensational from @LiRFC! No man is stopping Waisake Naholo from there… pic.twitter.com/ZrVemMxJFi

Some incredible speed from Naholo here to finally get his first try for them. The 28-year-old scored tries for fun for New Zealand in the last 4 years so it’s no surprise to anyone that he is doing it here for this team. Naholo is a beast!

Waisake Naholo off and running for London Irish with a try on his Premiership debut. First of many you’d imagine.

Lovely kick from Nick Phipps to set it up. pic.twitter.com/IONYvBcum4