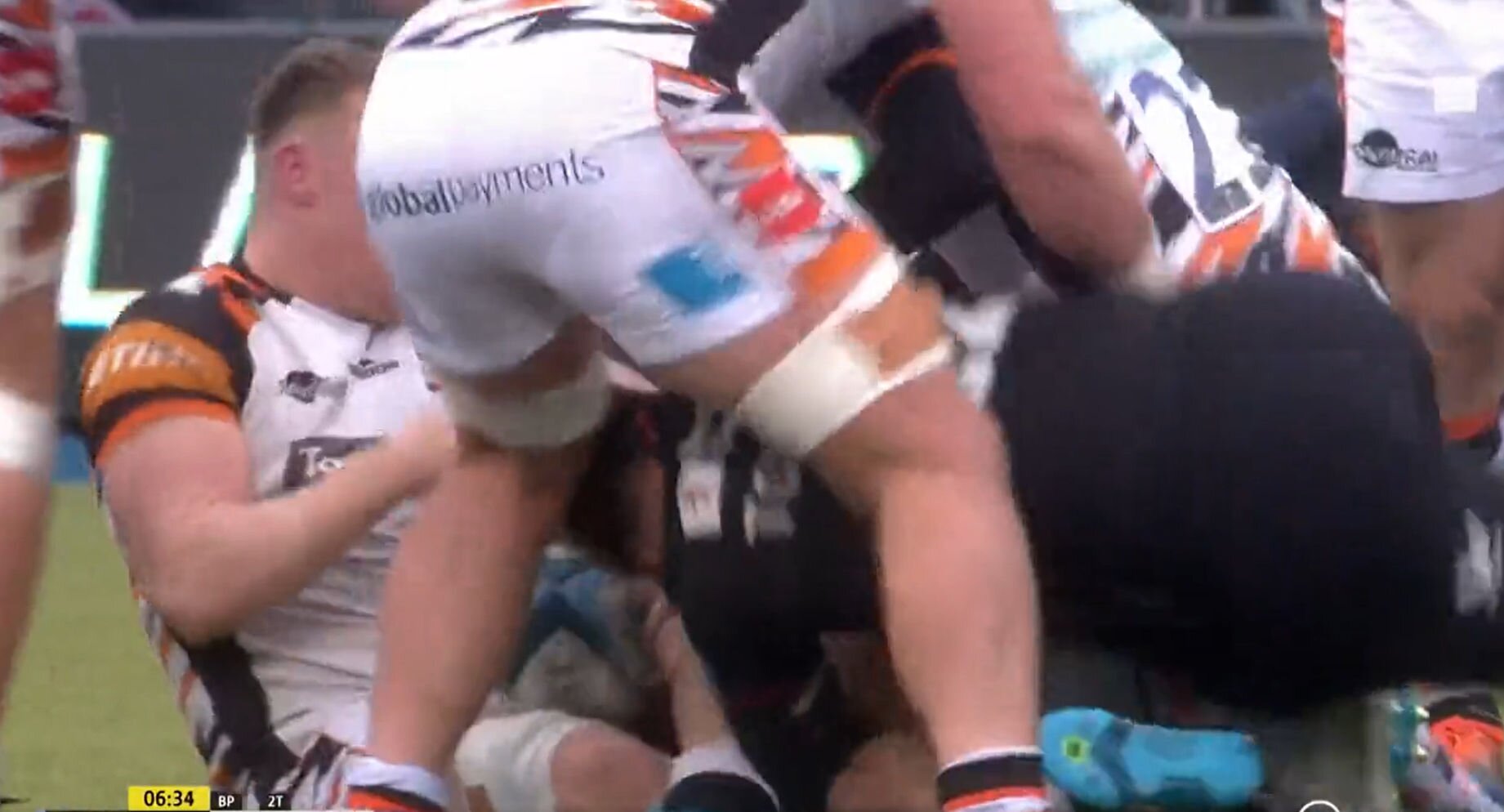 Wales international thrown out of ruck like a bin bag

Saracens and Leicester Tigers produced quite a performance this afternoon at the StoneX Stadium, with the hosts coming away with a 34-27 win.

It was quite a performance from Wales centre Nick Tompkins as well, particularly in the first half where he had a major part to play in two of Sarries’ first half scores.

However, there was a moment in the second half when he was unceremoniously dragged out of a ruck and thrown away by Springbok Jasper Wiese. The Welshman played it off well though, doing a backwards roll to make his way back onto his feet, only to slap Wiese on the backside as he rejoined the game.

Tompkins obviously had the last laugh though, with the home side climbing back into second place in the Gallagher Premiership table.

This performance came a week after a try scoring performance against England at Twickenham. However, on that occasion he was on the losing side. Wales boss Wayne Pivac will just be pleased that one of his starters came through the match unscathed ahead of their match against France this coming Friday in what looks to be one of the biggest challenges in rugby at the moment.

Bit of niggle settled with a slap on the bum. That’s how you do it.#GallagherPrem pic.twitter.com/EKDx6ULhMY