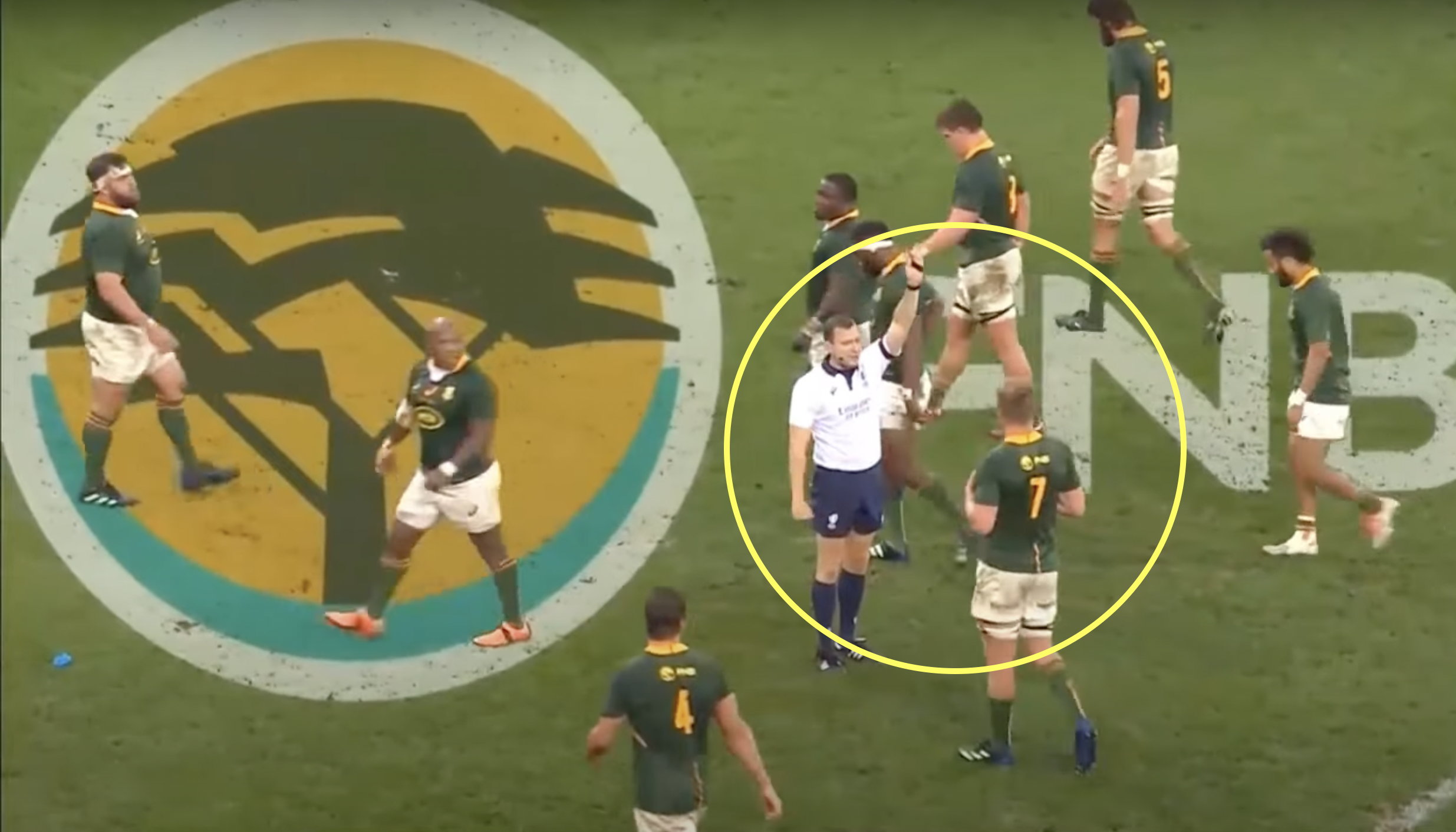 South Africa’s series win over Wales was perhaps not loaded with controversial moments in the same way that the All Blacks’ series with Ireland was, but that does not mean there weren’t any.

One moment that has probably been glossed over given the Springboks’ comfortable win over Wales in the third Test in Cape Town was a penalty awarded to Wales. Now this was not dangerous play that was missed, which seems to be the most controversial side of refereeing at the moment, rather it was the complete opposite.

South Africa flanker Pieter-Steph du Toit was penalised in the 33rd minute of the Test by referee Matthew Carley for a push on Wales lock Alun Wyn Jones while he attempted to charge down a box kick. As far as penalties go, this was a very soft one.

Du Toit did certainly push Jones, but in terms of incidents that occur on a rugby field, this was very innocuous. Moreover, the Welshman was effectively going to land on him if he did not push him away. Some have also raised the question as to whether this would have been a penalty if it were committed in the closing stages of the match- it seems unlikely.

It is always dangerous territory comparing different refereeing performances, particularly with the benefit of replays after the match, but far worse things had been committed during the July internationals that went unnoticed. Jonny Hill’s push to the face of Darcy Swain in the first Test between Australia and England was fairly similar, yet the England lock got away with it.

Across a match some decisions go your way and some don’t, and the Springboks would have won a few contentious penalties in the match as well, but this was one of the easiest three points Wales have ever earned.